What he didn’t give him is memory. When flashes of that come back, he becomes obsessed with revenge. He goes after the guy who killed him and his wife and we get lots we’ve seen before. It’s glossy and gleaming but clumsy and confusing. There are small stabs at humor, as when the chief bad guy (Toby Kebbell) with the gawky name Martin Axe comes dancing through a line of carcasses in a meat locker to the tune of “Psycho Killer.” Vin however never wavers from deadly serious. Eiza González fares better as a lab assistant assigned to control him. The film was made in South Africa, pretending unconvincingly to be London, Budapest and elsewhere. The director, Dave Wilson, constructed video games before this, his first movie. The action scenes are hit and miss and the film is just average.  (Scotiabank, Marine Gateway and suburban theatres) 2 out of 5

BROTHERHOOD: Here’s a striking bit of Canadian history, evocative of much of our identity and of our fears. Too bad it’s only getting a one-off screening right now, though it will be available on iTunes later this month. It’s a true story, as it says right off the top, about a church camp canoe trip that went terribly wrong on a lake in Ontario’s cottage country back in 1926. Thirteen boys set out; 11 died, as did one of the two instructors. A sudden squall flipped the canoe; the boys hung on in the freezing water as long as they could. Several sacrificed themselves for the good of the others. 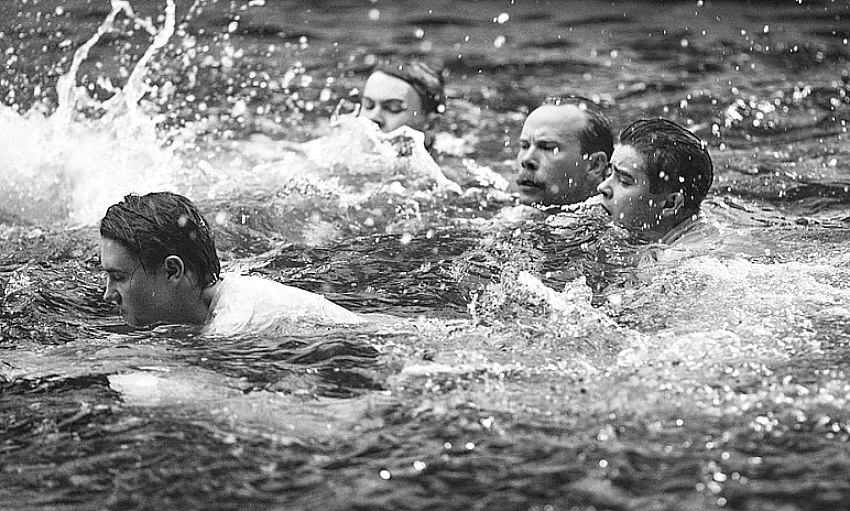 All that is depicted in agonizing tension by Vancouver’s Richard Bell, the writer/director. He shows jovial camaraderie at the start as we meet the boys, including cocky Waller, played by Jake Manley, and O’Hara (Matthew Isen) subject to “hyper sensitivities.” A couple of Brendans, Fehr and Fletcher, play the instructors and the script gives them lots of time to discuss courage, grit (“Risk builds character.” “Challenge builds character.”) and boys “feminized” after so many had lost their fathers in the war. Bell undercuts the power of the disaster more than a bit with a few too many flashbacks but later he regains his course with a good depiction of survivor guilt. He, actor Brendan Fletcher and composers Bramwell Tovey and  William Rowson will be at the screening to talk about the film. (Rio Theatre, Sat. 6:30) 3 out of 5

TO LIVE TO SING: You think we tear down heritage buildings too often here in Vancouver? Look what’s happening in China. This film has recurring images of houses, entire neighborhoods even, smashed down, the front shovel of giant excavators punching through the brickwork and pulling it down into a pile of rubble. That grows into a leitmotif behind this tale of a cultural institution, traditional Chinese opera, struggling to survive. Only old people are in the audience to watch the Sichuan troupe because, according to an official in this film, it “isn’t cool anymore.” 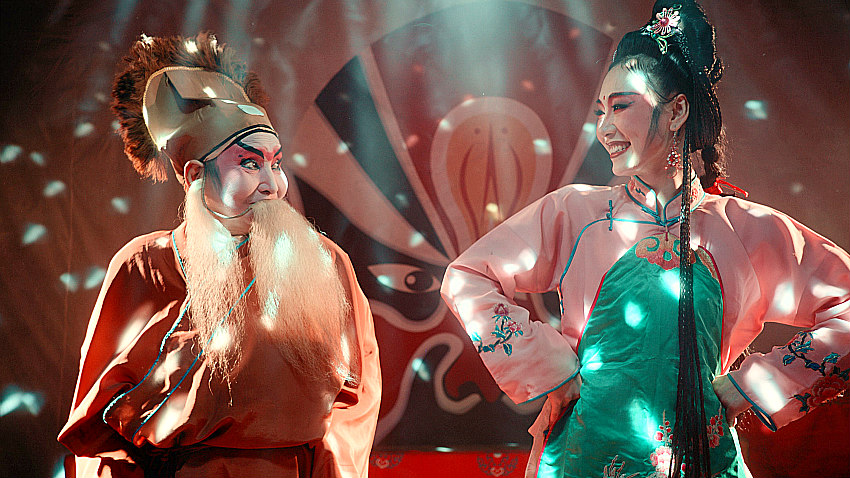 When the leader gets a notice that their theatre is to be demolished she tries to save it. Zhao Xiaoli plays her as a fervent activist but gets a run around from the town chief’s office (“see the cultural bureau”) and betrayal by some of her performers who are willing to get into something called mask changing. Her niece, Dan Dan, the star of her show wants to sing pop songs and dress, she sneers, “like a prostitute.” The fast change China is going through is encapsulated in this group’s dilemma and it’s depicted with color and dazzle by filmmaker Johnny Ma. He used to live in Toronto and is now back in Shanghai where he was born. He’ll be at the first screening (Saturday 4:30) and do a Q&A afterwards. (VanCity Theatre , four days starting Saturday) and at Metropolis and Riverport on March 23, 7 pm).  3 ½ out of 5

Three that I haven’t seen …

I STILL BELIEVE: A film for faith-based fans goes big, because the previous film by directors Andrew and Jon Erwin was an unexpected hit and made lots of money. This time they tell the true story of Jeremy Camp a star of Christian music who married his wife despite her cancer diagnosis and lost her less than five months later. Shania Twain plays his mother Terry. I couldn’t see the film; the preview conflicted with another. The Christian Film Review calls it “inspiring” and The Wrap says it’s “saccharine”.

RUN THIS TOWN: The story of Rob Ford (the late mayor of Toronto who's brother is now the premier of Ontario) is told in this film by  sometime actor and producer and almost-debut director Ricky Tollman. Ford trying to deny his addiction problems was exposed by a woman reporter but that's done by a man here. It arrives unseen but online one review's "boring" is another's "rivetting."  (International Village)

THE HUNT: Like The Most Dangerous Game, the grand daddy of the genre, this film is about rich folks hunting people. Literally. It was supposed to appear back in September but was pulled because a mass shooting had taken place. Why now is it’s time is anybody’s guess but it’s booked into over 3,000 theatres and hasn’t pleased the few critics who’ve seen it. It wasn’t previewed here.