THE ANGRY BIRDS MOVIE: It was quite a coup two years ago when Sony announced that this one would be made in Vancouver. Even Christy Clark got in on the congratulations. Then some doubts surfaced. Yes we’ve got the skilled animation artists but very few movies made from video games have been any good. How could this one beat the odds? Results coming in now show that a few high profile critics like the film, but more do not. One blustered that he feels like punching this film in the snout. 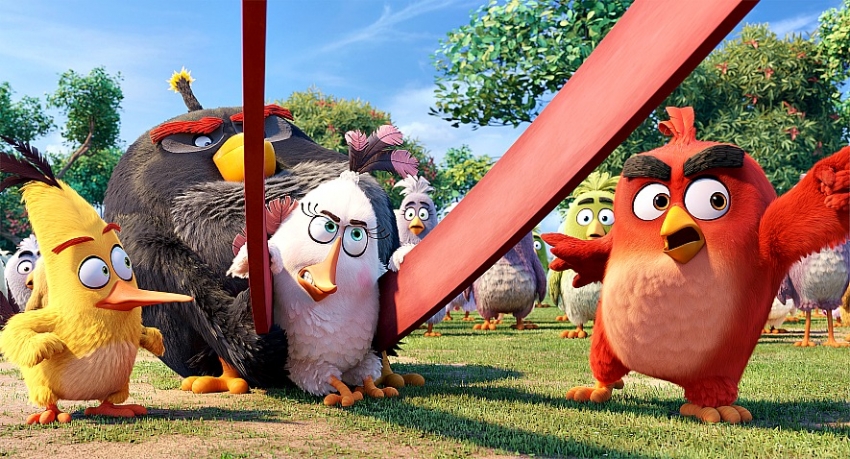 I’m not like him. I had a pretty good time with the constant stream of jokes –as many for adults as for kiddies—and the endless sight gags. And most all the buoyant perkiness of the storytelling, which by the way requires little familiarity with the video game itself. Flightless birds propelled by slingshot at egg-stealing pigs and their city? The film saves that for a climactic battle and spends most of its time showing what came before. A serene land where the birds live in peace, and volatile ones like Red (voiced by Jason Sudeikis) are sent to anger management class, is suddenly threatened. Pigs arrive on ships claiming to be benign. Only Red sees them as raiders, like in colonial times. He sees them carry off a ton of eggs and organizes a war party to get them back. The animation, including the extended assault, is crisp and colorful. The voice actors include Bill Hader, as the pig leader, Peter Dinklage, as a tired eagle deity, Maya Rudolph as the anger therapist, Sean Penn, mostly just grunting, and Josh Gad who was Olaf in Frozen. A lot of the humor is cheeky like on the Simpsons or in some of the better animated features. So beware of some rude jokes that most kids won’t get. Also beware of the message: sometimes you have to get angry.  (International Village, Marine Gateway and suburban theatres) 3 out of 5

RAMS:  It’s been over three months since this film was supposed to return after playing the film festival last year. So, it’s been a long wait to tell you about it. It’s quirky, eccentric and totally involving, though drama among Icelandic sheep farmers may not be on your must-see list. The film didn’t get to the finals at the Oscars but did win a major prize at Cannes last year.

Two aging brothers live on the same farm but don’t speak to each other. A dog carries notes back and forth. They’re rivals too in an annual ram competition. When one wins, the others resents it and sneaks around to take a closer look. He discovers a trace of scrapie, a livestock disease that requires they slaughter both their herds. One complies, one tries to hold out. After all, the animals are descendants of a line that goes back generations. A major sibling rivalry plays out, marked by deadpan comedy, deeply- felt pride and heartbreak and primarily, humanism. To some the film by Grímur Hákonarson is a pure statement of the Icelandic character trait of stubborn independence. The acting by Sigurdur Sigurjónsson and Theodór Júlíusson is first rate. This is an unexpected gem. (VanCity Theatre) 4 out of 5

HIGH-RISE: British novelist J.G. Ballard liked to pepper his bleak views of modern society with gross exaggeration. Build a roadway near his house, you get Crash, which David Cronenberg filmed. Consumer society sparked Kingdom Come. A number of fears about modern life figure in High-Rise, societal collapse for one, the “special type of behaviour” required for living in condos (you have to be compliant) and since the film is set in England in the 1970s: Thatcherism.  There’s even a clip of Maggie at the end to make sure you get it. You want callous attitudes, here’s a whole building full, built by Ben Wheatley, the director of previous ferocious film like Kill List and Sightseers. 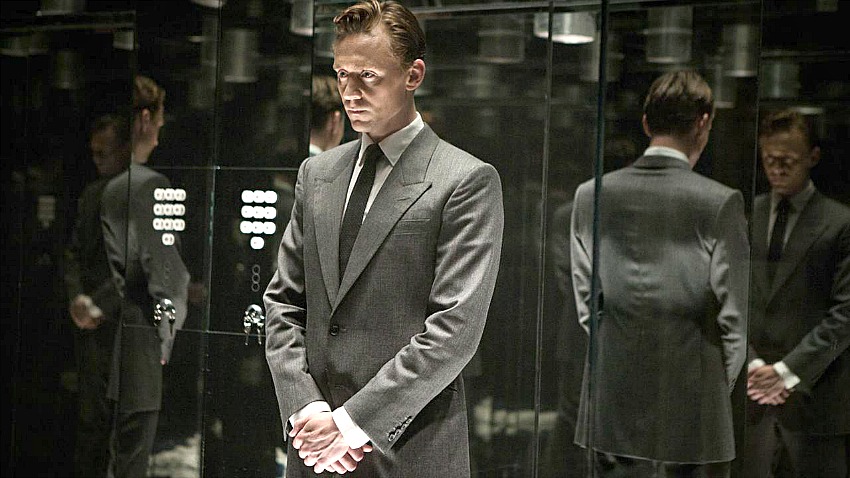