HIERONYMUS BOSCH, TOUCHED BY THE DEVIL: His paintings shocked many it seems, although I can remember a few dopers who used to love staring at the tiny scenes in his Garden of Earthly Delights, perhaps musing on the admonishments there between Eden and Judgement Day but probably just tripping on the images. 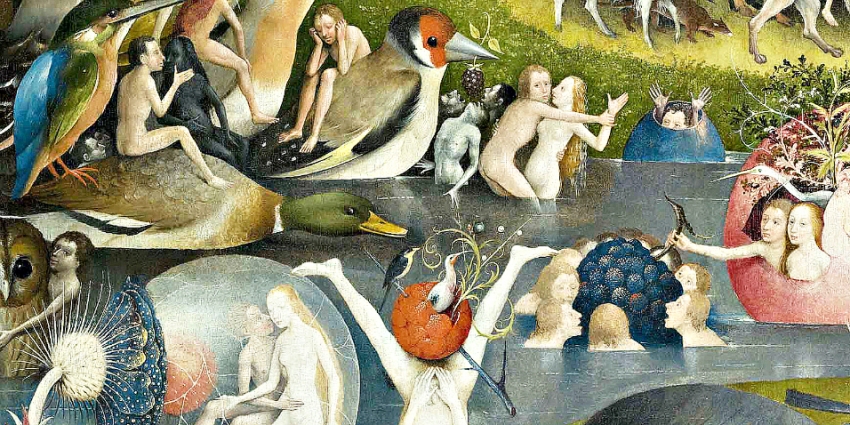 Bosch died 500 years ago and his hometown in the Netherlands, which doesn’t have any of his paintings, held a memorial celebration this year. As a first step, they struck a research group (three art historians, a restorer and a photographer) to go and inspect every one of his paintings (only 25 or so still exist), verify that it is real and try to borrow it for their event. This film by Pieter van Huystee follows them on the whole tour. Sounds dry and academic. Nothing of the sort. 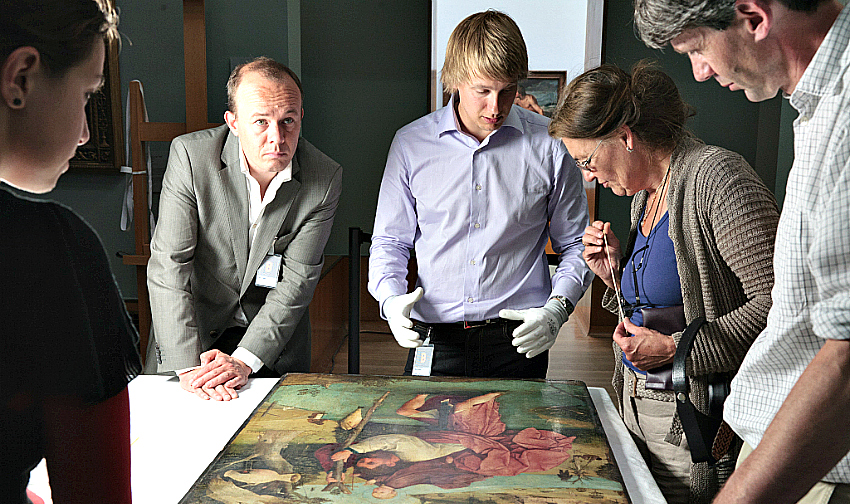 This is a fascinating film first for the information we get about the painter and his art. Then about the people we meet, including some sniffy museum types at the Prado in Madrid, which has the largest collection of his paintings, in Venice and at a monastery. Some feared their pieces would be discredited, although a curator from Kansas City was ecstatic that a drawing he has was pronounced genuine. The group took high resolution photos and that allowed them, and us, to get much closer than we could even if we were standing right at the actual paintings. They pointed out the many owls in them, compared ears and other details and x-rayed to study any underdrawings. Their leader displayed an impish sense of humor which added some light fun to the art lesson. The Prado never did lend any pieces but the show went on. (VanCity) 4 out of 5

THE ACADEMY OF THE MUSES: This one is perfect for back to school time. It’s erudite, infused with discussions of classical myths, poetry, love and the creative process and offers a sly take on a situation that would produce firings and shocked headlines out of UBC. Most of it takes place in a lecture hall at the University of Barcelona where philology prof Raffaele Pinto (playing himself) offers his theories on poetry and music (“the birth of civilization”) and his advice to his mostly female students to conduct themselves like muses. 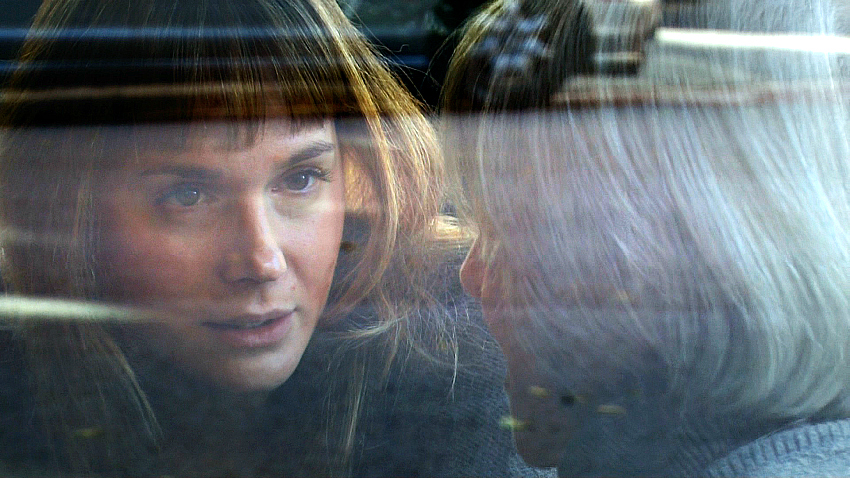 Some agree and some denounce it as a scheme of the patriarchy.  One says poetry itself created the concept of love to deceive women. He comes back with “Without poetry we would be walking dead”. The back and forth is lively, sometimes impassioned, and slowly, over weeks of classes, it becomes evident that he’s using it to seduce at least one of his students. When his wife suspects something his retort is "Teaching is seducing" and “What you call my double life is my research.” No actual hanky panky is shown, just strongly suggested, even on a field trip to Sardinia where singing and poetry-writing shepherds add weight to his ideas.  The film was directed, written, produced, edited and shot by Spain’s José Luis Guerín.  He managed to get authentic performances out of his non-professional cast, a potent final scene and a learned gloss on the entire movie for us. (VanCity Theatre) 3 ½ out of 5

WHEN THE BOUGH BREAKS: The studio didn’t preview this one for media, so here’s all I know. A couple (Morris Chestnut, Regina Hall) desperate to have a child but unable to conceive, hire a young woman (Jaz Sinclair) as a surrogate mother. When she ends up on the street and a victim of domestic violence, they take her in. But she develops a dangerous fixation on the husband and runs off when he doesn’t respond. The law won’t help them get the baby back. They’ll have to do it. (International Village and suburban theatres)