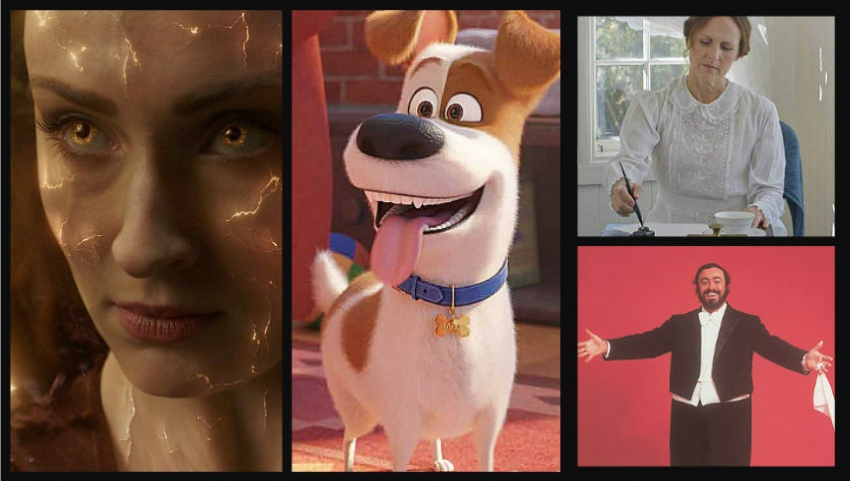 Including new appreciations of Emily Dickinson and Pavarotti, the real story of auto builder John DeLorean, a British filmmaker inspired to draw on her own life and two oddball seniors falling in love

There’s a lot to cover this week but you would do well to also check out the Cinematheque website for two series they’re running. First there are eight films by France’s much lauded auteur Claire Denis. That series started last night and runs off and on until the 20th. I wrote a bit about it last week.

On Thursday a festival of Icelandic films starts up and may offer some evidence for this question: How could such a small country produce such a vibrant cinema? That series runs off and on until the 28th and ends with Rams that marvelous film about feuding brother farmers. It won a big award at Cannes four years ago and started people asking the question.  The website is http://www.thecinematheque.ca/

The Secret Life of Pets 2: 3 stars

DARK PHOENIX: Twenty years of X-Men movies (this is the 12th) brings us to this better than average entry. It’s speedy, robust and involving if you can gloss over problems of logic and consistency. It tells the story of Jean Grey for a second time. She’s one of Marvel’s most popular characters because she’s so conflicted. Her mutant powers are telekinesis and telepathy (she can read minds and move objects with her mind) and she has a dark as well as a good side. It took four years of comic books to tell her story and in the movies she’s died twice. We get her whole history this time, from her causing a family car crash as a girl, to an outer space mission as part of the X-men and transformation by a cosmic flare into the split-personality (Dissociative identity disorder, if you will.)

Sophie Turner, best known for Game of Thrones, is the second actor to play her and Jessica Chastain hovers around as the shadowy character named Vuk, urging her to let her malevolent powers out. The others, including James McAvoy as Charles Xavier, Michael Fassbender as Magneto, Nicholas Hoult as Beast and Jennifer Lawrence as Mystique, have to figure out how to control her. That’s hard because she’s enraged when she finds out she’s been lied to about how she got to be at Xavier’s school and part of his group in the first place. “Who are we? Can we evolve?” she asks. The movie doesn’t do much with the theme but it does mount some tense scenes and, at the climax, a spectacular action sequence on a train. That makes up for a lot of  overly momentous dialogue that comes earlier. (Scotiabank, Marine Gateway and suburban theatres) 3 out of 5

THE SECRET LIFE OF PETS 2: It’s close but not as good as the first one that was such a mammoth hit three years ago. It breezes along with non-stop jokes that don’t feel as fresh this time. The writers worked too hard to create them and cram them in. You can feel the deliberations they might have gone through with each one. The best ones again riff on how pets behave in our homes. Got a cat that wakes you up in the morning demanding to be fed? It happens in here too, one time with a gross add-on. 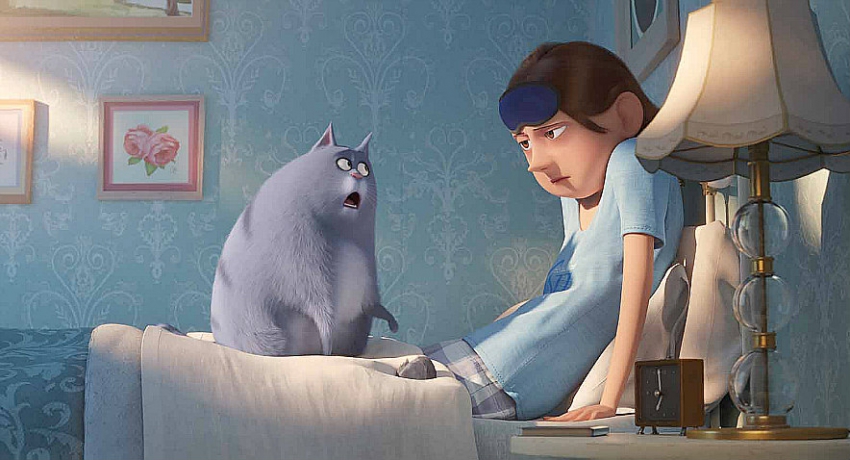