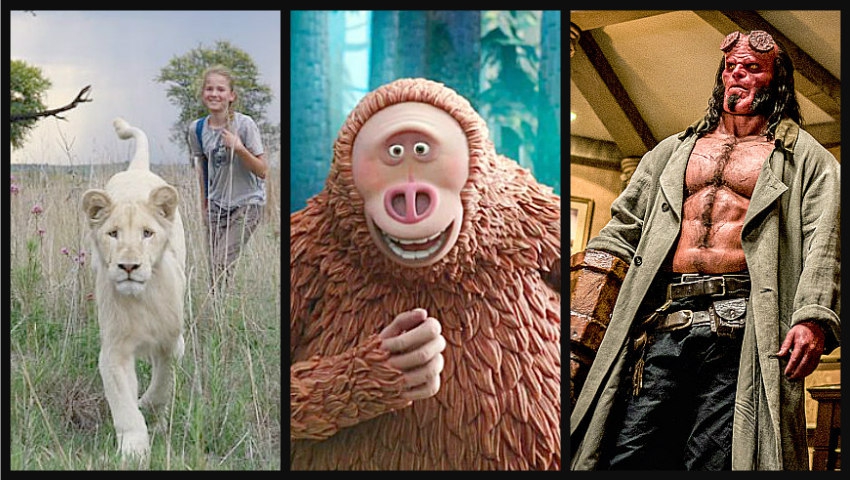 Interesting event coming up at the VanCity Theatre: the renowned film editor Walter Murch will be talking about his craft Tuesday evening. Just naming a few of the films he’s cut should be enough of a draw: Apocalypse Now, The Talented Mr Ripley, Cold Mountain and The English Patient. He’ll have samples to show and a lot to say. He’s a writer too. There’s more information at https://www.viff.org

Meanwhile, there a long list of new movies now in town.

MIA AND THE WHITE LION: This is a perfect film to take the kids to and maybe get a bit emotionally involved in yourself. It could be quite a bit because tension builds dramatically as the story progresses and then delivers a terrific cathartic moment, as the best of these animals-in-danger films do. You also learn a great deal about the wildlife tourism industry in Africa, some of which is not nice at all.

Mia is the petulant daughter of a family that’s returned to South Africa, after a few years in London. She’d rather still be there and isn’t interested in her dad’s hard work to set up a wildlife park as a tourist attraction. Until a rare white lion cub is born and bonds with her like a pet. 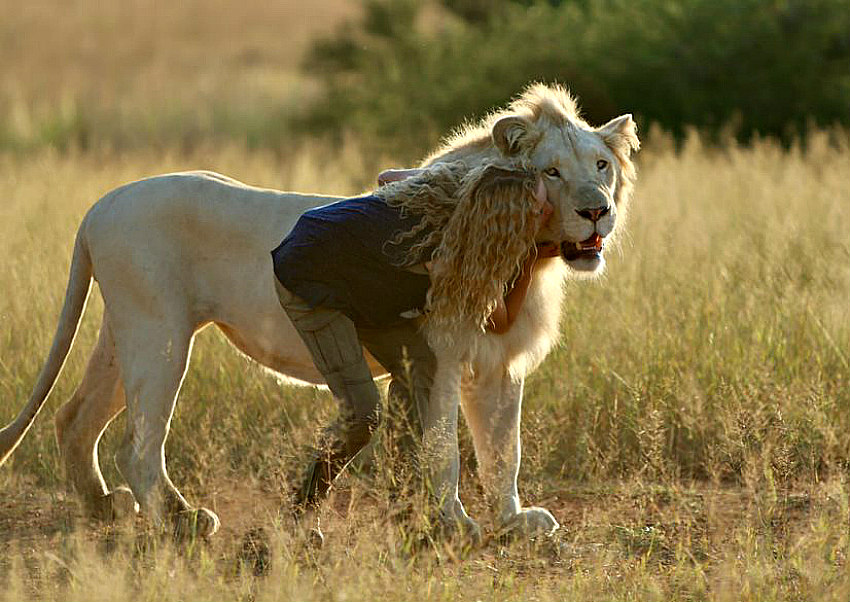 We watch their connection grow over three years but dad warns he’s a wild animal and “soon he’ll want to kill you.” A shady operator wants to buy him but dad refuses and in a foreboding comment says he doesn’t do that anymore. We eventually learn what “that” is. It shocks Mia enough to set her out on a desperate trek. The film is rich with drama about a young girl’s idealism and an expose of a dishonorable business. With lots of animals roaming through, it’s also something of a nature film. (International Village and suburban theatres) 3 ½ out of 5

MISSING LINK: Adults will get a lot more out of this animated film than children. The humor is very droll; there’s lots of it and most of it is based on classic situations reminiscent of novels and old movies. An exclusive explorer’s club in London, a saloon brawl in the old west, travelling to Shangri La and more get a send-up. A self-styled adventurer, voiced by Hugh Jackman, is barred from the club and heads all the way to Washington State on a tip that the Sasquatch is to be found there. What better way to prove himself? 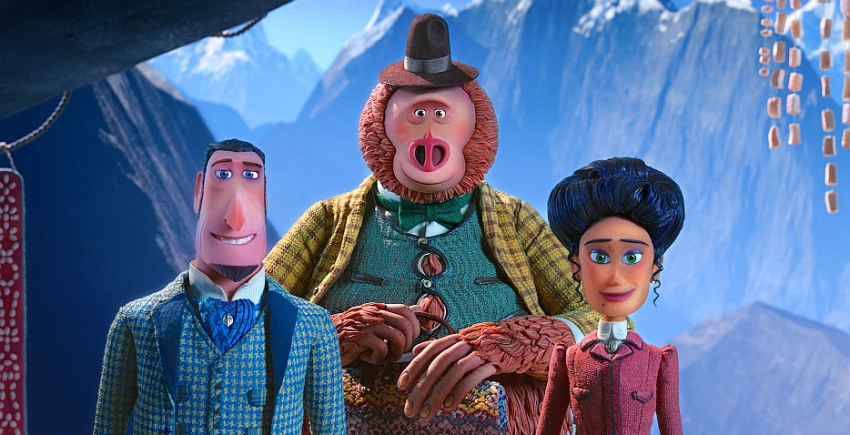 He does find the creature who turns out to be surprisingly articulate (voiced by Zach Galifianakis) but lonely. He wants to find his cousins, the Yeti, and off they go to the Himalayas. A pushy widow (Zoe Saldana) comes along (she has a map) and a creepy hitman (Timothy Olyphant) is on their trail. He’s on assignment from the London club to stop them. An elder (Emma Thompson) offers the final bit of information but, of course, Shangri La isn’t what they had imagined. The film is full of surprises and gags as corralled by writer and director Chris Butler. He made it at Laika Studios in Oregon (his second there). The stop-motion animation is dazzling, especially in a scene with fragmented mirror images and a long sequence inside a storm-tossed ship. The story-telling shines. (International Village, Marine Gateway and suburban theatres) 4 out of 5

LITTLE: Take the plot of Big, turn it upside down, shift the culture and you’ve got this small and funny  entertainer. It’s peppered with laughs, not sullied with a single obscenity and still presents a reasonably authentic view of life today. Much tinted by fantasy, though. Regina Hall is a demanding, high-powered boss at a small software design company. Just as her biggest client (SNL’s Mikey Day) is threatening to bail out, she is zapped with a magic spell by a young girl at a food truck. It works. She wakes up as a 14-year-old version of herself, played by Marsai Martin. 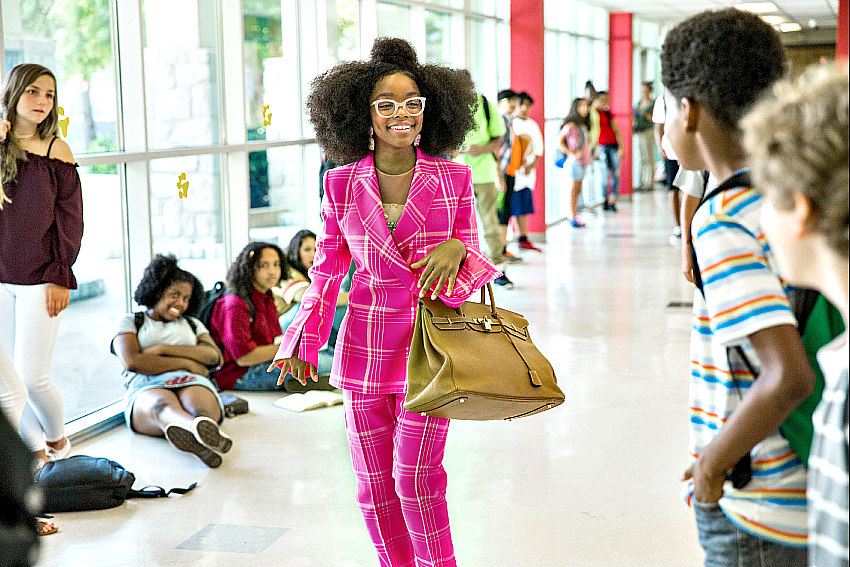 She’s a regular on the popular TV comedy Black-ish  and came up with the idea for this film. She forgets she’s too young to drive and to drink, both bringing up many funny misunderstandings. She also can’t supervise her company and has to let the assistant she’s been disregarding (Issa Rae) do it. Worse, she has to go to school (a child welfare officer insists on it) and that brings back memories of being bullied when she was young because of her intelligence. She has to hang with the nerdy kids. The film, directed by Tina Gordon, avoids the trap of putting absolutely everything in parallel. But as a zippy, light and bright comedy it’s a winner. (International Village and suburban theatres) 3 ½ out of 5