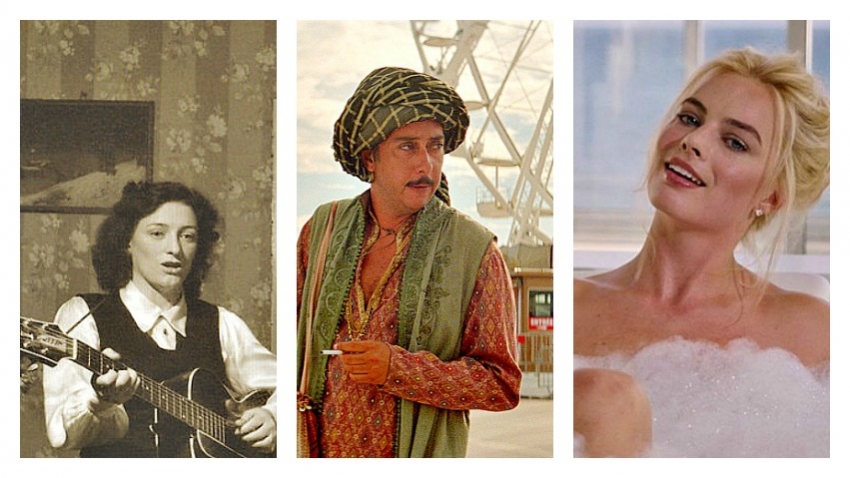 Only two new ones this week, both at the Van City Theatre. And even though one of them is a three-parter, I’ve got room to look back on a pretty good movie year and pick my favourites.

THE WINDING STREAM: with the subtitle: The Carters, The Cashes and the Course of Country Music, this is a history of a musical dynasty—and a pure delight. Even if you don’t know of The Carter Family, you probably know their songs: Will the Circle Be Unbroken, Keep on the Sunny Side, Worried Man, and many many others. 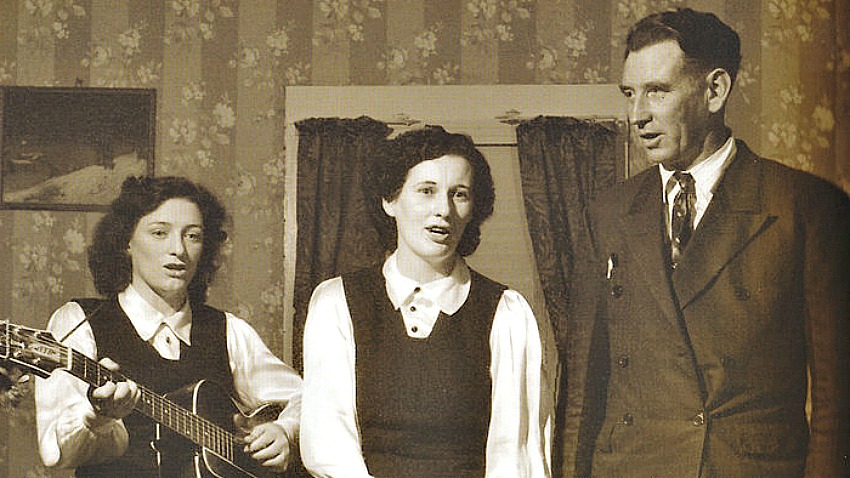 The film tells their story from a “god-fearing” hamlet in Virginia in the 1920s to country music stardom on record, radio and concert stages, to divorce, split up, revivals, re-discovery, connection by marriage with Johnny Cash and continuation of their musical legacy by their descendants. It’s a compelling narrative. I only knew part of it; mostly from reading LP liner notes and CD booklets. Beth Harrington from Portland, Oregon spent 12 years researching it and compiling a fabulous collection of archival clips and their personal stories in interviews with children, grandchildren, aunts, nieces, relatives of all kinds (including “son-in-law” Cash in one of his last) and music historians and performers. Big stars show up in clips and there’s lots of music, old and new, including a moving rendition of the title song by Rosanne Cash. A few attempts to animate some old photos is a misjudgement and the on-going question – did A. P. Carter compose or just collect those songs? – is downplayed. But the acknowledgement of a most-important musical history is all there. (Vancity Theatre, Mon to Thurs. Beth Harrington will attend the first two days). 4 out of 5

ARABIAN NIGHTS: Economic austerity imposed by a tough European Union. We know all about Greece, Italy and Spain but not so much about Portugal. Miguel Gomes tries to correct that in this mammoth film trilogy, an emotional portrait of sorts of a country under stress. He tells scattered stories that he and a group of journalists spent a year collecting and delivers them with far more swoops of fantasy than documentary realism.  Though the imagination on display is exhilarating, it can be a puzzle at times.

Gomes calls it an “explosion of stories” structured like Scheherazade’s tales in the original Arabian Nights. They’re all modern and yet she appears a couple of times, and the actor who plays her also shows up elsewhere in smaller roles. Themes carry over from film to film. Part 1 is the most explicit about finances, starting with shipyard layoffs and government officials arguing austerity details. Suddenly though they go riding camels, take a wizard’s impotency medicine and suffer a bizarre malady. It’s a bit too arty for my taste. Part 3 includes a long section on public housing residents and a bird-song contest with a brief interlude about a Chinese student swept up in massive street demonstrations. The stories are so loosely connected you can watch any or all parts in any order. 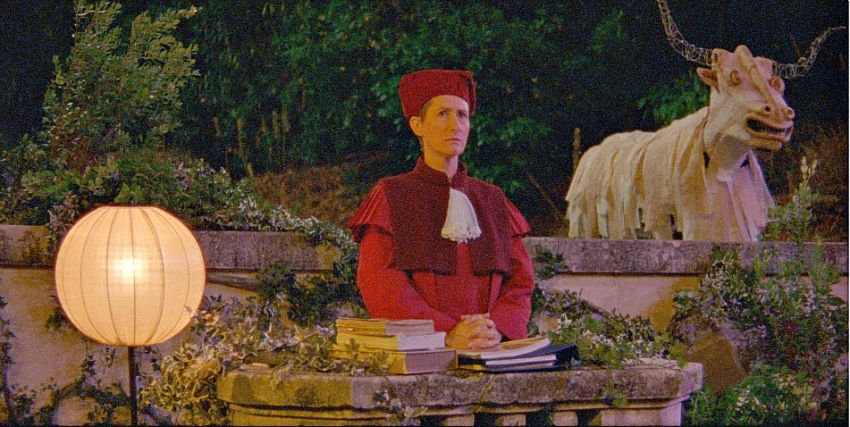 Part 2 is my best candidate as a stand-alone, and Portugal’s submission to the Academy Awards (though it didn’t make the short list). The highlight is a court case in which a destitute tenant is tried for selling a landlord’s furniture. One by one, extenuating circumstances emerge and implicate government officials, a banker, career criminals, cattle rustlers (as described by a cow), a genie, and, in quite a stretch, a Chinese man who bought real estate to get a visa. Absurd humor mixes with exasperated anger. It’s the purest blend of magic realism and truth in these three delirious films. At the end notice the music: The Langley Schools Music Project version of a Klaatu song, once recorded by The Carpenters.  (VanCity Theatre.  Screening back to back, Fri, Sat and Sun or one a day Tues, Wed and Thurs)  3 out of 5