Two prolonged courtroom scenes are the most fascinating in this film. He, the witness, is questioned by the judge, while several  accused, held in cells at the back of the room, watch and often yell out. Any of them can come up, sit near him and join a cross-examination, which turns into a shouting match over evidence and lies. The rest of the film squeezes in a lot of detail about the mob leaders, Buscetta’s difficult decision to turn on them and his life because of it. But it doesn’t tell why he moved to Brazil (twice), why he ended up in New Hampshire and Colorado or that he came to Canada too. Maybe that’s known in Italy, but here it’s a mystery. Also, we see him testify against a former Italian president (Andreotti) but don’t get the result, or the aftermath. (Wikipedia has it). But the depiction of the mobsters and their families (much like The Godfather in the early going) and the quiet dignity that Pierfrancesco Favino exudes in the lead role elevate the film. (International Village) 3 out of 5

COME TO DADDY: Not many films can successfully bring horror and comedy together. This one does and gets so creepy along the way you might find yourself squirming at times. I imagine the Rio Theatre is the best place to find its natural audience. And while we’re at it, let’s acknowledge the Canadian content. It was filmed in Tofino (pretending to be Oregon) and in a studio in Parksville and features Nova Scotia’s Stephen McHattie in a typical (for him) deranged role. The writer/director, Ant Timpson, is from New Zealand and says he was influenced by an incident out of his own life to create this supremely weird little film. 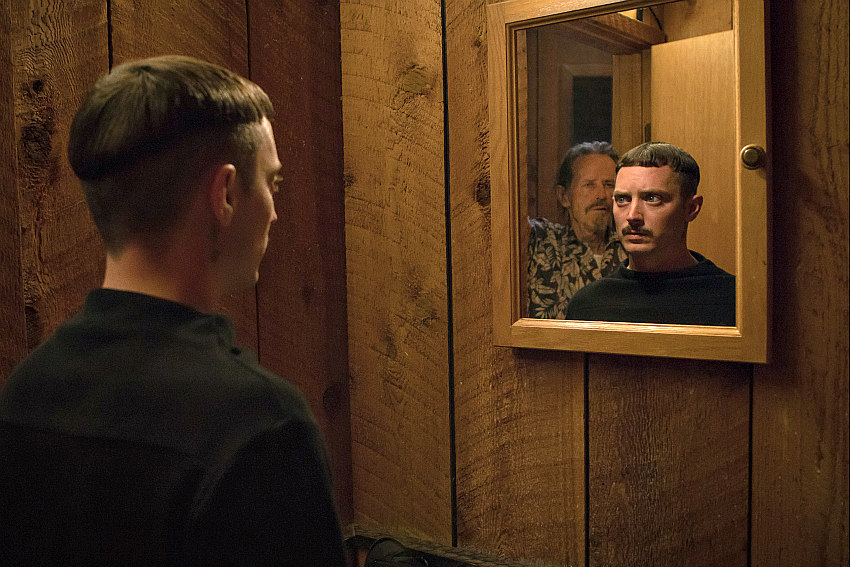 Elijah Wood arrives to an oceanside home summoned by a father (McHattie) he never knew. The man had abandoned his family 30 years earlier and even now won’t say why he wrote his son to come visit. He’s got a drinking problem though and when an argument gets nasty lunges at him with a meat cleaver. Then this father and son reunion takes a wild turn, which is better not to spoil here. Just know that new characters show up played by Martin Donovan, Michael Smiley as a seedy crook, Garfield Wilson as a cop and Madeleine Sami and Ona Grauer as, well, better not reveal too much right now. They tell an unsavory backstory and another that’s ongoing. This film is weird and twisted with hints of  bizarre comedy. Elijah Wood’s innocence as the son is a perfect entry into it. (Rio Theatre) 3 out of 5

BLACK HISTORY MONTH: This occasional series running this month at the Van City Theatre has a couple of queer-themed films Monday. WATERMELON WOMAN, from the USA, tells the professional and personal difficulties of Cheryl  Dunye, a black lesbian filmmaker trying to make documentary about a film actress from the 1930s named Fae Richards and nicknamed Watermelon Woman.  LONG TIME COMIN’ is a Canadian film about singer Faith Nolan and multimedia artist Grace Channer, both black and lesbian.  Both films are from the 1990s.

THE SOUND OF MASKS is brand new but concerned with tradition and history and especially with resisting colonialism. The locale in point is Mozambique, the African country that used to be ruled by Portugal. Sara CF de Gouveia, who makes films in South Africa but was born in Portugal, wondered about that legacy and found the best way to tell it is through a dancer. 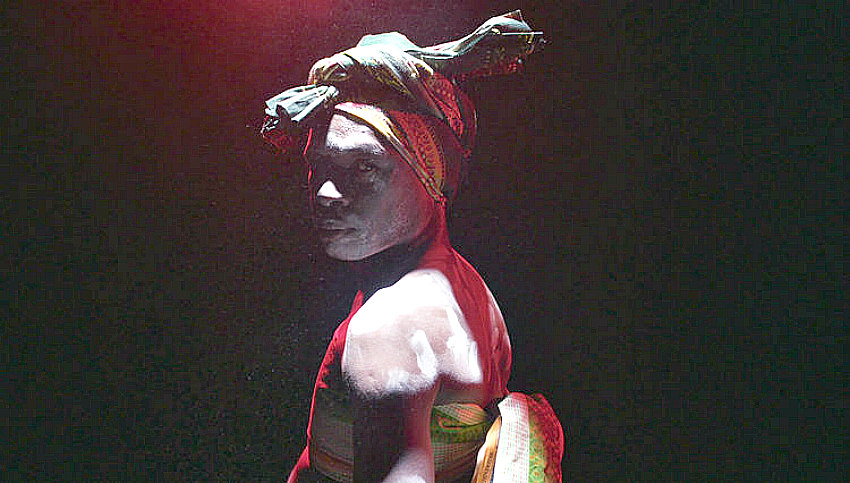 Atanásio Nyusi performs and teaches the Mapiko which his Makonde people have danced since far back in history. He says the Portuguese tried to ban it (“They had taken out the Makonde brain and put in a white brain.”)  but in the fight for independence it became a tool of defiance because it was a key form of communication that united the people and was not understood by the Portuguese. 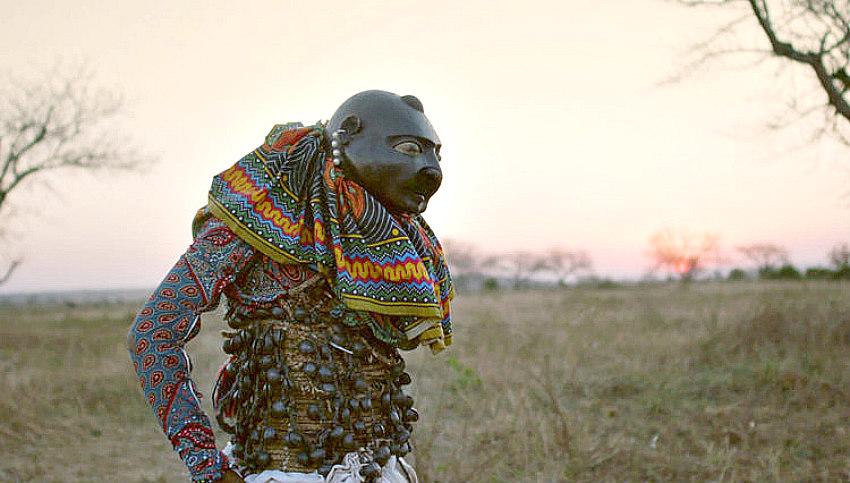 He, meanwhile, works in a modern library, thereby representing both the old and the new. He’s trying to get his son to appreciate that too. That’s black history’s many facets in one artful film. It screens Nov 17 at the VanCity.  4 out of 5