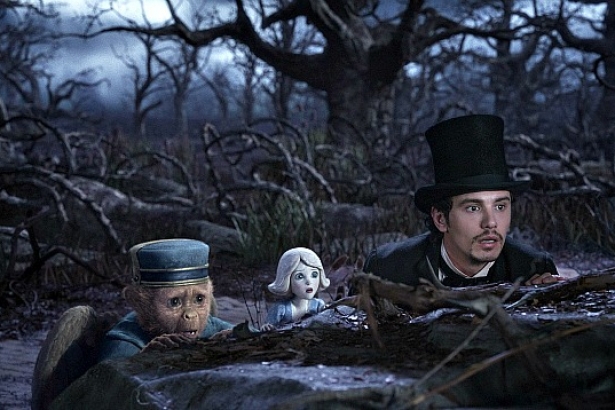 Back to Oz with a fake wizard, his monkey and china doll, plus Glinda and her sister witches

The 8th annual Women in Film and TV festival is on at the VanCity Theatre to showcase the best work by women filmmakers. Several will be there to talk about their work in Q&As. There are features getting a premiere, shorts, a panel on building audience and even a workshop on directing horror. Too much to detail here so check out the website: www.womeninfilm.ca

The VanCity Theatre also starts a new series they call DOCside this coming Thursday and repeating Saturday afternoon. They’ll be showing a worthy documentary every week, judging by the list published so far, usually one not seen here before. The first for instance, The Waiting Room, was recommended by one of my favorite critics, Ann Hornaday of The Washington Post as a must-see for the White House. It looks at the U.S. health care system through patients and staff at a public hospital.

Future titles include Ping Pong (March 21) about, yes, table tennis and Planet Of Snail (March 28) an  award-winner from Korea about a deaf-dumb man and the tiny wife who cares for him.

And these are the week’s new arrivals:

Oz the Great and Powerful:  3 ½ stars

OZ THE GREAT AND POWERFUL: Your reaction to this one will depend a great deal on how much you love the original. That’s because visually it blows that one right off the yellow brick road in that field of sunflowers. It’s noisy, busy and dazzling to look at, just what kids like these days. It makes the almost 75-year-old classic with Judy Garland look like a quaint antique; its stagebound sets unable to match the flamboyant computer-generated imagery that Sam Raimi, of the Spiderman films, conjures up today. 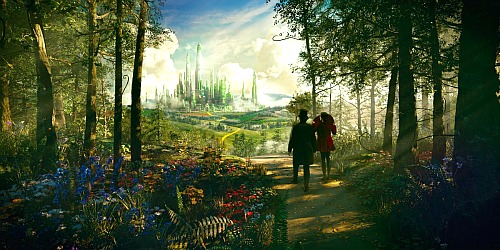 There’s a downside, of course. The charm and the heart of the original are both gone, buried by those modern touches which are rendered in very effective 3-D. That’s used mostly for depth and texture and a few times to throw spears or fireballs or snarling plants with teeth right at us. A lion lunges at one point. A real one, not the cowardly one. This is the story before his, and Dorothy’s and those other beloved characters and without those memorable songs. This tells how the Wizard came to Oz, a balloon stunt gone astray, he says in the first film; a womanizer’s quick escape from an angry husband, according to this new version. And did you ever imagine that the wicked witch was actually a woman romantically wronged and seething angry? In some ways this is really a film for adults, not young children. 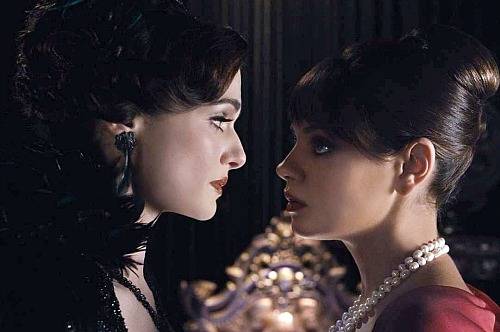 James Franco plays the carnival magician who is welcomed in Oz as the wizard foretold by prophesy. He fits the role well: described as “weak, selfish, highly egotistical and a fibber.” He’s drawn into an on-going dispute of accusation, shunning and electric-sparks-shooting among three witches. Michelle Williams is Glinda, Mila Kunis is Theodora and Rachel Weisz, having great evil fun, is Evanora. There’s a wise-cracking monkey (Zach Braff) and a china doll (Joey King) to add a bit of humor and charm respectively. What’s all but missing though, is imagination. The story is standard Hollywood stuff. But oh, the visual splendour. I’ve seen both the 3-D and the regular 2-D versions. It comes across well in both. (Dunbar, Park, Scotiabank and many suburban theatres).  3 ½ out of 5

HIT ‘N STRUM: Stompin’ Tom always called for more songs about Canada. We need more films too and here’s one that couldn’t be more Vancouver. Think of this: a guy sitting in a Starbucks hears a busker singing outside, is so impressed he wants to make a movie about him. That’s what happened in real life. In the story he dreamt up, a woman is distracted by reading while driving and runs down a homeless man. Next day she sees him and two pals busking in Gastown, near her office. She wants to make amends. He won’t accept them. She buys him an expensive guitar. He gives it away. “I’ve got eveything I need,” he says. Two sides of Vancouver clash. She’s the achiever; he’s off the grid, binning and sleeping under the viaduct. The hopeful and the melancholy contend for primacy in this film.