Vancouver's Elysium intriguing, The Canyons and Lovelace lurid and creepy 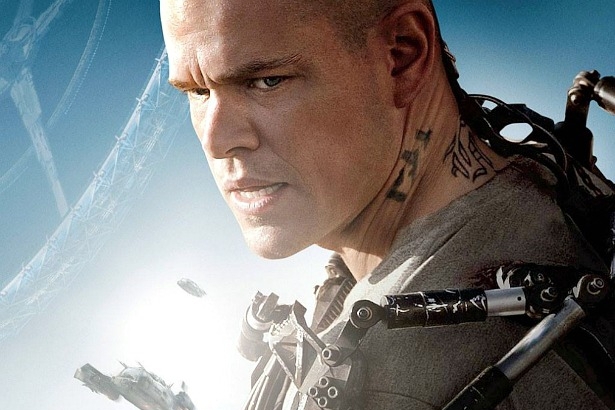 Elysium is the big one this week and Vancouver’s big hope.  There are also two thrillers from Asia, two lurid exhibitions, a raunchy summer comedy and a Pixar knock-off for the kids.  Here’s the list:

ELYSIUM: Vancouver’s Neill Blomkamp had a big hit with District 9 and now four years later shows that was no fluke. He’s got far more money, big stars Matt Damon and Jodie Foster, and more wrongs to criticize. His instrument again is analogy, which the best science fiction uses to talk about today. So, 141 years in the future, Earth, played by a Mexico City slum, or favela, is an environmental mess.  The smart set has abandoned it and lives on Elysium, a space station visualized in a Vancouver special effects studio, as a giant gleaming wheel.  Like boat people in our time, desperate people try to get up there only to be arrested and deported.  Most remain stuck on Earth, a manufacturing centre, where rules are lax, robots supervise and a manager is under pressure to boost profits.  Blomkamp likes his metaphors.

Matt Damon is his protagonist, as a worker who is injured in a radiation leak and can only be cured if he gets to Elysium. 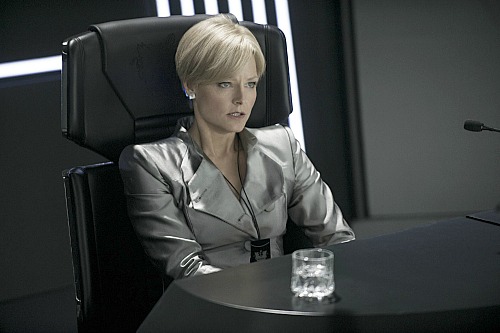 Jodie Foster is up there talking in an unrecognizable accent and commanding the security forces with a ruthless drive. Her fall-back tactic is to call in a sadistic operative played with great cackling menace by Sharlto Copley, who you might remember from District 9. Elysium isn’t quite as good a film. Its ideas give way to action fairly fast. It shows us too little of life among those rich people up there. It settles for a familiar story arc. But with excellent special effects and imaginative details about life in the future, it’ll keep you interested. Just not amazed.  (Scotiabank and many suburban theatres)   3 ½ out of 5

WE’RE THE MILLERS: “Pretty funny, but a bit crass,” said a woman after a screening this week. I agree, except that “crass” doesn’t cover it. This is another comedy that gropes for laughs with raunchy talk and antics. A testicle swollen after a tarantula bite? Yep, it’s here. Jennifer Aniston doing a pole dance as a stripper? Check. A Mexican cop demanding a BJ as a bribe? And more in this story of a small-time marijuana seller (Jason Sudeikis) forced to do a drug run to pay off a debt. Just a “smidge” of pot he’s told but how to get it across the border from Mexico? 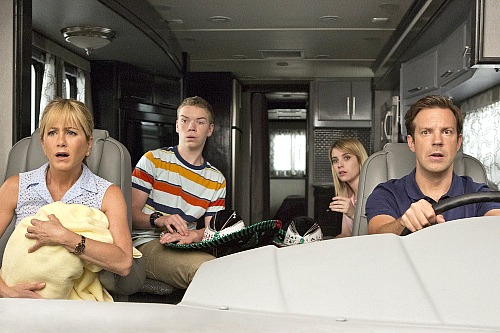 His brainchild is an RV with an ultra-normal family returning from a vacation. He recruits a neighbor (Aniston), a street kid (Emma Roberts) and a naïve boy (Will Poulter) to come along. The joke is they gradually come to act like a real family, arguing, supporting, chastising each other although with lots of time for dick jokes and other lewd notions. The pot, by the way, turns out to be more than a “smidge.”

The suppliers are menacing and the border guards are distracted. Hey, it’s a vacation. Not real life.  (Scotiabank, Dunbar and suburban theatres)  2 ½ out of 5