A vengeful mom, a demonic nun and Michael Caine’s memories of the swinging 60s 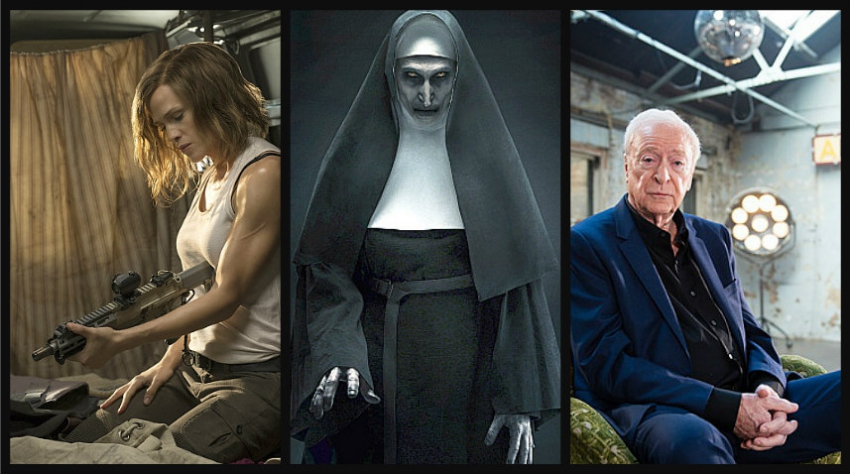 I’ve read in several places that The Nun is poised to be the big film this week. I thought it might be Peppermint with Jennifer Garner seeking vengeance. Too bad if either one comes out on top. There’s better stuff to see. Read on.

Tulipani, Love, Honor and a Bicycle: 2 ½

PEPPERMINT: Jennifer Garner says there’s a lot of humanity in this one. I don’t see it. There’s revenge galore, killings, gun shots to the head, beatings and intimidation. But humanity? Maybe if she supplied some study notes we’d see it. 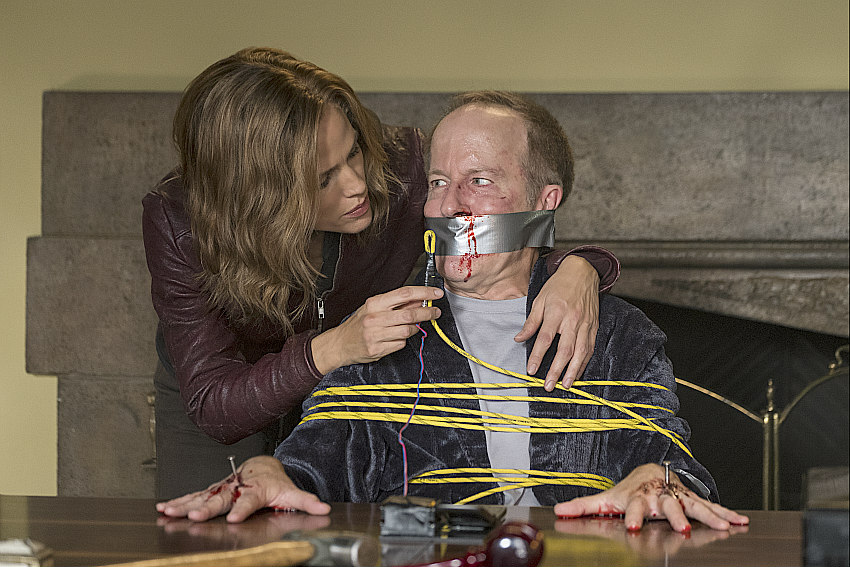 Garner was a TV action star early in her career but she’s way beyond that here. She’s like Charles Bronson in his five Death Wish movies. She turns tough to avenge the killing of her family and becomes a folk hero for it. On TV there’s a debate about vigilante ethics and in a run-down-part of town where she hides out, she’s revered as an avenging angel. There’s a fascist undertone to all this, especially since her targets are Mexican thugs and drug dealers so vicious you could imagine Donald Trump wrote the script. They killed her husband and daughter; the courts rejected her testimony, let the murderers go and five years later, after apparently training and bulking up, she’s back to get them. Plus their boss, his entire gang and the judge too.

Early on the film takes great pains to show that she’s a young mother with a good heart. She refuses to dress down a snide other mother at school because that would make you “just as bad as they are.” By the end she gets this compliment: “You killed a lot of bad people.” After that, there’s an obvious set up for a sequel. Oh dear. (Scotiabank, Marine Gateway and suburban theatres) 2 out of 5

THE NUN: Fans of the movies in the Conjuring series (this is the fifth) may have a good time working out how this one fits into the larger story that’s being told. For most of us though, this one is a puzzle. It’s so different from the haunted-house films that came before. It plays as a gothic creepie set in a nunnery in a castle in Romania back in 1952. That’s many years before the other films, although there’s a demon at work who may have spread some evil in them and there’s a demonic nun who appeared briefly in the second of the films. How all this fits together is not clear at all, and may require another film to be revealed.

Meanwhile we have a haunted castle like old Hammer Films used to take us to. In fact the director,  Corin Hardy, is also English, although his main work has been in music videos before this. The story has a portal to hell aparently having been re-opened in wartime, a young nun committing suicide and a no nonsense priest (Demián Bichir) sent by the Vatican to find out what’s going on. For some reason he takes along a nun-in-training from London, possibly because she’ll be better at being scared while creeping through dark hallways and catacombs. She’s played by Taissa Farmiga, whose sister, Vera, plays one of the regulars in these films. No connection is made though. There’s a young man (Jonas Bloquet) who says repeatedly that he’s a French-Canadian (who knows why), lots of eerie atmosphere, much prowling in dark spaces and five very good jump scares. But it’s all ridiculously short of answers. (5th Avenue, Scotiabank, Marine Gateway and suburban theatres) 2 ½ out of 5

MY GENERATION: Michael  Caine was there during the swinging 60s in London so even though this is not a personal memoir he makes it real. His story telling takes you to everything that the decade had, the music of course, the clothes, mini skirts sure, and the more substantial changes, the rise of the youth culture and the assaults on the class system. He was probably the first Cockney to be a leading man in the movies, although in his breakout role, he had to speak in a very toff accent. Incidentally, he tells us how he happened to choose Caine as his professional name.