VIFF picks for Thursday and Friday: The Hunt, Liverpool, Breakfast With Curtis and three films with illegal immigrants 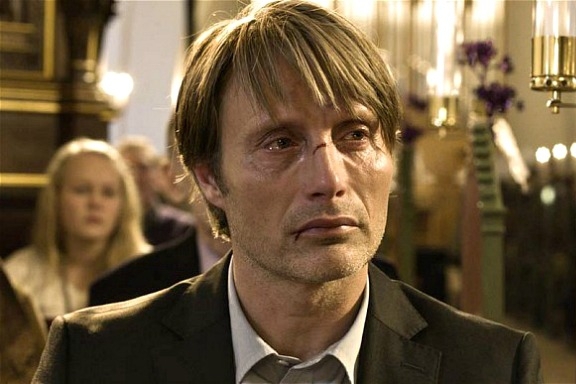 It’s mostly serious issues in the films I’m recommending at VIFF today and Friday. But there’s also a comic road trip, a thriller and some pure frivolity.

Note also that down below I’ve listed more choices:  the films I’ve previously recommended that are screening again.

THE HUNT: Children don’t lie when they’re talking about abuse, sexual or otherwise. Ok, but what if they’re imaginative and say something they don’t really intend to be an accusation? What if they try to take back what they said but the adults don’t listen and instead blow up innuendo into fact?  That’s the quandary Mads Mikkelsen has to deal with in this strong new film by Denmark’s Thomas Vinterberg. He covered child abuse before in The Celebration. Mikkelsen plays a nice-guy kindergarten teacher who is falsely accused by his best friend’s young daughter of exposing himself to her.  Actually it’s more that the head teacher and a therapist exaggerate what she said. Mads is shunned by the townsfolk, even banned from the grocery store, and the police are called in. This film grips you as it details exactly how suspicions run wild and meager evidence grows into a net-like trap. Worse, it shows how a herd mentality blocks out reason. Mikkelsen won the best actor award at Cannes for his performance and 5-year old Annika Wedderkopp is absolutely natural as his not quite accuser. (Screens Thursday and Saturday)

LIVERPOOL:  Every year at VIFF I find a second-level film from Quebec that really entertains. This one is a sharp, fast Hitchcock-like thriller that gives us two young characters drawn into a corrupt world of businessmen,  gangsters and environmental crime. Stéphanie Lapointe plays a hat-check girl in a club where one night a woman dies of an overdose and her coat is the last one hanging. Stéphanie finds her ID, goes to her apartment where she is mistaken for her and pressured to visit her dying father to facilitate an inheritance. 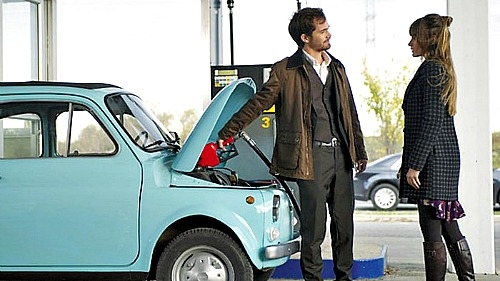 She’s being drawn into a major conspiracy but is soon on the run with a computer whiz who has a crush on her (Charles-Alexandre Dubé) and manages to find most of the clues they need online. They’re a charming couple, but so young, they look like child detectives among the thugs they meet. Still it’s a briskly-paced and colorful film with a thrilling final sequence as a huge flash mob invades the port of Montreal. The title is both the name of the nightclub and an old hit record by Renée Martel heard in the film. (Screens Thursday and Friday)

BREAKFAST WITH CURTIS:  If you’ve ever lived in a commune or co-op this one will resonate with you. It feels like it’s set in the 60s. Actually it’s current, set in Rhode Island where a part-time used book dealer presides over a house of chatty people who like their wine and weed. He (Theo Green) is the chattiest of all pontificating eloquently on any subject you can imagine. 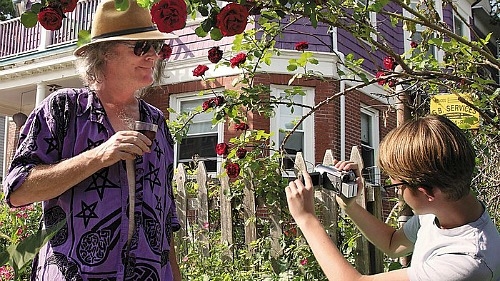 Ben Ratner appearing in four films at this year's VIFF