LIVE BY NIGHT: Ben Affleck’s fourth film as a director is no Argo, his celebrated best. Instead of riveting, this one is sluggish, overcrowded with plot, not sufficiently focused on any one or maybe a few story lines and too scattered to really grab. The acting is low-key for a gangster film and the few bright spots that come along give bring it only sporadically to life. And watch out for that excessive and bloody gunplay. 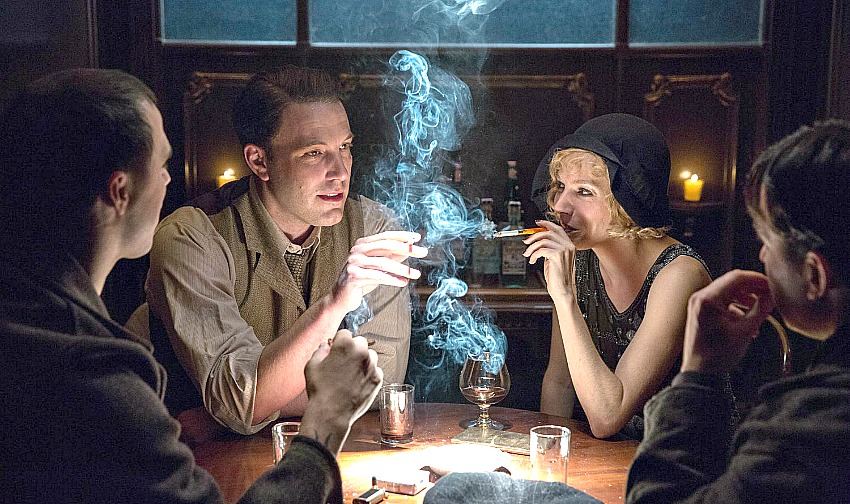 Affleck plays a World War I vet in Boston who becomes a petty criminal. He’s good at it and is scolded by his father (Brendan Gleeson, the police chief, but also recruited by the head of the local Irish mafia, whose girlfriend he’s secretly sleeping with. And there’s more. A car accident, the woman lost, three cops dead, five years in prison, and later, now working for the Italian mob, he’s off to Florida to take over the Cuban rum trade and build a casino. Occasionally there’s a great scene, like when he orders a crime boss to get out of town. More often the events are just ordinary. He allies with a Cuban gangster and falls in love with his sister (Zoë Saldana), fights off the KKK and hears the admonitions of a young woman (Elle Fanning) who becomes a morality campaigner.  It’s from a novel by Dennis Lehane which means it should have been much more dynamic. (International Village, Marine Gateway and suburban theatres) 2 ½ out of 5 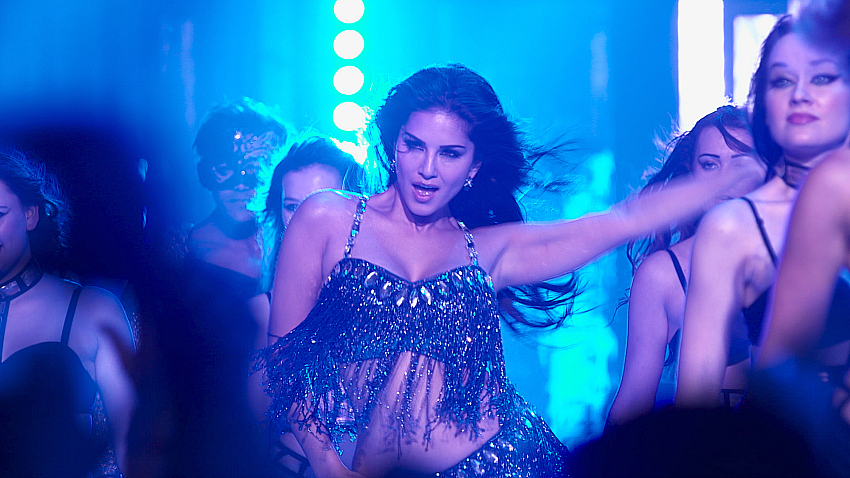 Apparently, she’s made it, although the film isn’t clear on how big. The clips only show her doing a lot of dancing and writhing. No kissing, though, in line with Bollywood tradition. A co-star says that would be too “intimate” and her husband, who is also her manager and sex-partner in an old California film, says they’re strictly monogamous because they’re quite conservative. The whole film is built on these contrasts. Sunny is eternally upbeat and proud of her life but in one interview tears up at the thought she may have driven her mother to drink. However, that is Shah Rukh Khan glimpsed at one of her premieres. (Park Theatre) 3 out of 5

MONSTER TRUCKS: Here’s conclusive proof, as if you really need it, that if you get story ideas from your four-year old son, use some logic turning them into a movie. That seems to have escaped the former Paramount Pictures president who made this one happen. I mean, a squid-like creature from deep in the earth serving as the engine inside a young man’s truck? It gallops along chased by police cars and a convoy of black SUV’s sent by an oil company. At one point it climbs up on a building and rides and jumps across several roofs. Those scenes are fun. The rest is ridiculous.

It’s not a cartoon, although the director, Chris Wedge, has made some and brings that spirit to this film. Oh and, it was filmed here in BC, in Golden Ears Park and up Kamloops way, three years ago. Lucas Till owns the truck, Jane Levy is along for the ride, and Robe Lowe is the cause. He runs an oil company that drills a bit too deep, in North Dakota by the way, and releases three creatures with tentacles and a taste for oil. Two are in a lab and found to be intelligent. One ends up in Till’s truck. Lowe sends his men to get it back. Till and Levy want to return all three to the earth, Free Willy-style. The chase is exciting but kids shouldn’t be exposed to the bad science. Barry Pepper and Danny Glover are also in it. (International Village, Marine Gateway and suburban theatres) 1 ½  out of 5

THE BYE BYE MAN: And this week’s horror film that wasn’t screened for critics around here is this tale purporting to discover the source of all evil. It’s a supernatural being that appears when his name, Bye Bye Man, is spoken. I think that’s it. Three college students freshly moved into an old house come across him. The cast has a few surprises, firstly Faye Dunaway as a widow, Vancouver native Carrie-Anne Moss as a detective and local kid Erica Tremblay, younger sister of Jacob Tremblay who was so good in Room, as, well, a young girl. (Scotiabank and suburban theatres)