A whole mob of Avengers, a master horse handler and a look-ahead to DOXA and Harry Rankin

THE RANKIN FILE: LEGACY OF A RADICAL: If you’ve got any interest at all in Vancouver politics, how it is today and what came before, this is a must-see film. It’s tells and shows the history, brings a key figure back into focus and at the same time entertains with loads of nostalgia. Harry Rankin topped the polls for council election after election but couldn’t become mayor. He was too radical, not a friend of the developers. “Harry always shot from the lip” somebody says in the film. He barked at smug politicians, made his name as a lawyer in a controversy over an indigenous man’s death and long before that was court martialed in the army for tipping a desk on his sergeant-major. 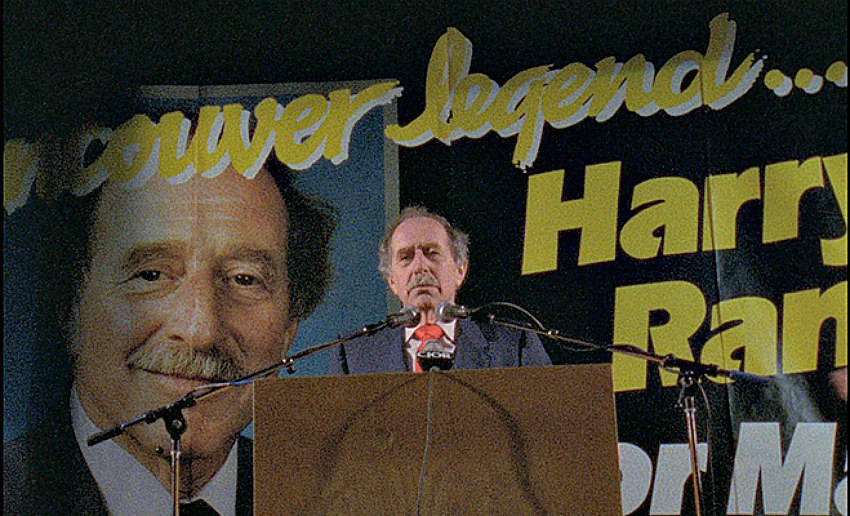 He was outspoken on progressive causes including union rights and affordable housing and had to fend of allegations he was a Communist. The film brings everything back through modern interviews with his widow, son, associates and opponents and, most notably, with dramatic footage shot during the 1987 mayoralty campaign. It was taken for a film that wasn’t made … until now.  You see private meetings, raucous election debates, a revealing personal interview Rankin gave to the filmmaker and a coffee-shop lunch he had with Jack Webster, as well as a testy spot on his TV show. We also see Libby Davies, George Puil, Gordon Campbell, Mike Harcourt, Jim Green, Jean Swanson, Gail Hulnick, Art Moses and many more, some only briefly but together comprising a pretty full cast list of the time. The film by Teresa Alfeld is brisk and evocative, although too light on the bitterness that overcame Rankin after that election and too certain about the impact he could have made if he had won.   (4 out of 5)

It’s the opening film at the DOXA documentary festival (Thursday at The Playhouse) and also screens Tuesday, May 8 at SFU downtown. Check the festival guide available at J J Bean locations or online at https://www.doxafestival.ca/

JEANNETTE, THE CHILDHOOD OF JOAN OF ARC: Oddity doesn’t begin to describe this one. Imagine Joan of Arc’s anguished ruminations on religious and humanitarian duty delivered in song. And dance, and a great deal of gesturing, in a sandy part of a field with a flock of sheep in the background. Jeanette is only eight in part one but already absorbed with the spiritual failings she sees around her. “There is never anything but perdition,” she sings.“ And later: ”Did Jesus die in vain?” She’s distraught that the Hundred Years War is on and ending it would necessitate endorsing more military action. 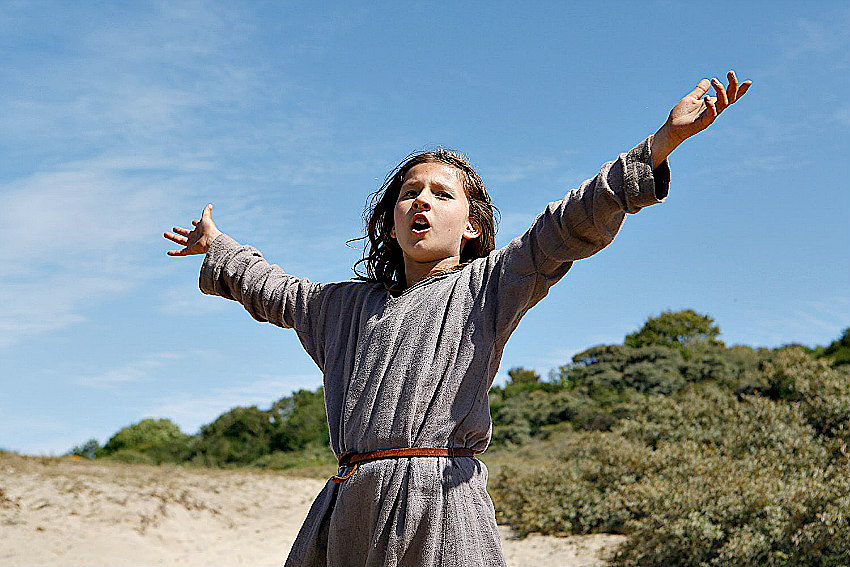 She sings these thoughts to a friend and to a nun (portrayed by twins). Then in a part two, she’s a teenager firming up her intentions to lead a resistence and ten explaining her decisions. She sings them to her family, including an uncle who  himself sings in a mild rap. The other songs sound like show tunes with a recurring layer of breakcore dance music thanks to composer Igorrr. It’s strong in demonstrative statements, not in melody. The film is by director Bruno Dumont, known as an iconoclast but here drawing on the 19th century writer Charles Péguy. It’s fascinating but distinctly out of the ordinary. The Friday screening will be introduced by Dr. Chelsea Birks, of the University of Glasgow, currently at UBC, who has written about Bruno Dumont and philosophy in film. (Cinematheque)  2 ½  out of 5

THE ENDLESS: Low-budget but sharp and accomplished, here’s a film full of menace and dread and mystery. An opening quote about the fear of the unknown kicks off an H.P. Lovecraft vibe and then delivers a parade of strange events. It wouldn’t be right to tell you too much about them and anyway there are too many. Suffice it to just give the bare plot.