The grandmother has just died. The mother (Toni Collette) considered her malevolent and says so in quite some detail. She kept her son away from her, but couldn’t do the same for her daughter. Now, her influence is still there (maybe her ghost too) and that amps up the tension, the dread and the scares right through the rest of the movie.

Dad (Gabriel Byrne) is pretty easy going, the son (Alex Wolff) has got familiar teenage issues but the daughter (Milly Shapiro) is a spooky loner. Has she inherited grandma’s dark side? Has mom? She goes to a support group for help and on the advice of a woman she meets there (Ann Dowd) starts getting into the occult to explore more of it. Seances are a relic of old movies but they’re effective here. They trigger memories and bouts of madness and escalating hysteria which Toni Collette communicates in a masterful display of acting. Director Ari Aster, who only made a few short films before this, has fashioned a classic chiller of a movie out of believable family dynamics and fears. It’s strong in atmosphere and intelligence and can easily be placed beside films like Don’t Look Back and The Shining.  (Scotiabank, Marine Gateway and suburban theatres) 4 out of 5

HOTEL ARTEMIS: There are a lot of interesting ideas in this look into the future. Too many maybe. They bounce off each other and cause confusion. It’s exactly 10 years from now. Los Angeles is aflame in riots because the newly-privatized water system has been shut off. The film sidesteps that promising story line and puts us in the company of criminals. One has been shot during a bank robbery and off they go to a secret private hospital open only to crooks like them. And only if they’re members.

Jodie Foster, looking old and grandmotherly, is the nurse who treats their wounds. She’s got high-tech equipment and a caustic wit. “This is America honey,” she says. “85% of what I fix is bullet holes.” She’s got hulking Dave Bautista, tagged “Everest” as a bouncer-security type aide, and Jeff Goldblum as her gangster boss. He arrives with his violent son (Zachary Quinto) and a lot of attitude. We learn a little about everybody’s background and are treated to a lot of in-house violence. Jodie fighting off a hallway of attackers (like in some movie from Thailand) makes no sense. Did you ever imagine the cops of the future would be driving GMC vans that look exactly like today’s? Problems like that get in the way. The dialogue is wisecrack-moderne and the meaning of the film is illusive. Foster, playing world-weary, almost makes it work. (Scotiabank, Marine Gateway and suburban theatres) 2 out of 5

BOOM FOR REAL: THE LATE TEENAGE YEARS OF JEAN-MICHEL BASQUIAT:  Less than a month ago, one of his paintings sold at auction for over $110 million. The artist’s status is clearly ever- growing 30 years after his death and that justifies yet another documentary about him. In this one he’s a kid, hanging around the New York art scene, making an early reputation with street graffiti and pushing a radical world view about power, racism and inequality. 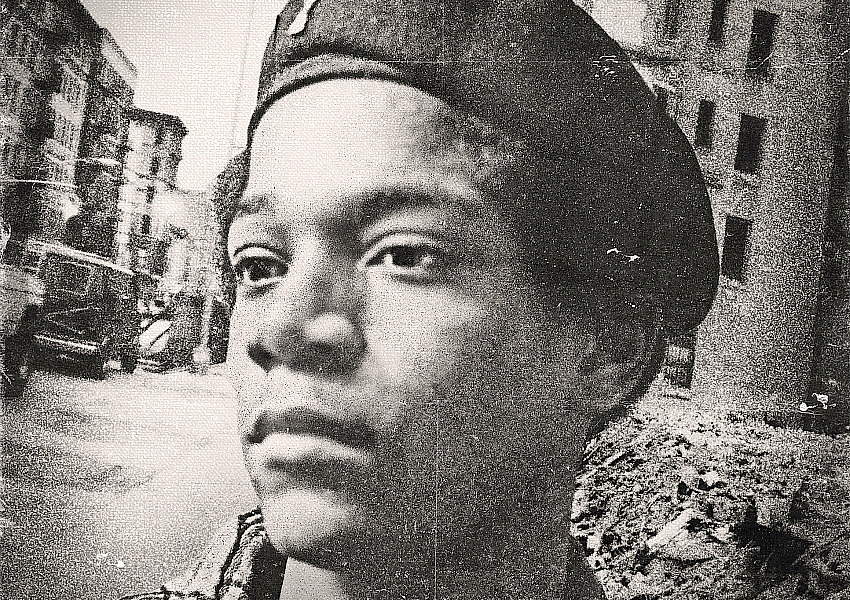 Since he hadn’t made it big yet at the time, the film necessarily is much more about the rebellious art movement going on, than about him. Hip hop was starting and punk was big. The artists of the lower east side (“We were of the street.”) hated the galleries that shunned them. They organized their own shows as director Sara Driver, who was there, details. She got insights and memories from key of denizens of the scene, including graffiti pioneer Lee Quinones, rap pioneer Fab Five Freddy and Jim Jarmusch, the filmmaker who was also Sara’s lover at the time. They describe the scene that Basquiat moved about in and how he was shaped by it. Not so much about his personal life, though, the ambition that drove him and the drug use that killed him. I would have welcomed some critical comments on his art too, not just the comment “the most vivid representation of an era.” Somebody sees a lot more than I do in his pop art. (VanCity Theatre) 3 out of 5

VAN GOGH: OF WHEAT FIELDS AND CLOUDED SKIES: Yes, another look at the life and work of the ill-fated artist but also different than any I’ve encountered before. We get his story told in parallel to that of what must have been his biggest fan. Helene Kröller-Müller was a rich woman in Holland who came across his works a few years after he had committed suicide and by reading his letters recognized a like-minded spirit. Certainly in his thoughts about the church and God. She saw them in his paintings and drawings, bought up nearly 300 of them and financed a museum to show them. The film lets us look closely at many of those works plus a few of his key paintings from other galleries. 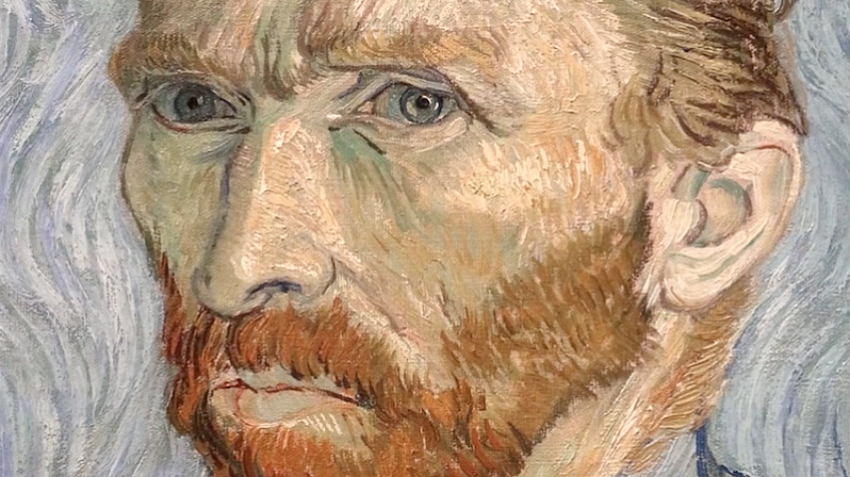 He painted peasants, then Paris night life, then discovered the bright colors of southern France. We’re taken through all that by film scholars and a very detailed narration spoken on camera by the French actress Valeria Bruni Tedeschi  (who, incidentally is also in Let the Sunshine In).  She brings life to the lecture as she speaks lines like “his art exploded with light” and explains how she (Helene) tried to live in his image. The music is too loud and too busy but the film is a fascinating add-on to what we already know about Van Gogh.  It was directed by the Italian Giovanni Piscaglia and screens Wednesday (and again June 17) at the Park Theatre.  3 ½ out of 5