Women mobsters in The Kitchen, country ways in Honeyland and TV journalism as Mike Wallace did it 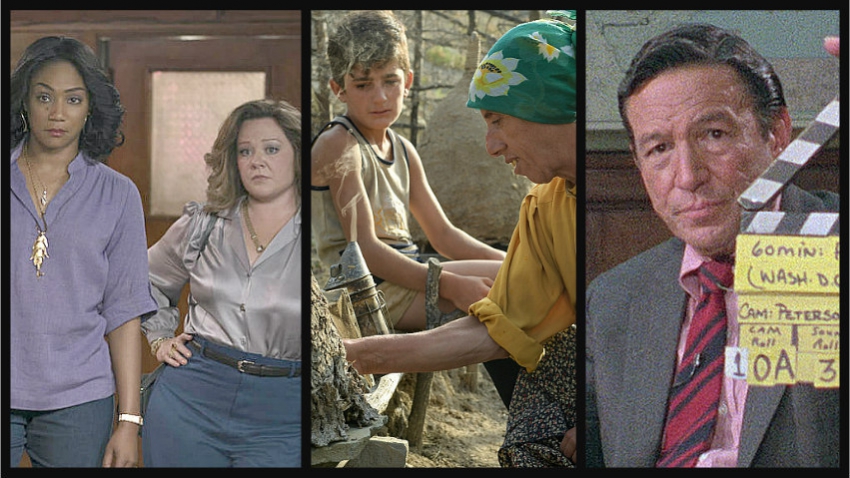 Also: stardom as David Crosby endures it, a dystopian tale and a wise dog yarn, both filmed in Vancouver, and two more that I haven’t seen

By this time next week the Vancouver Queer Film Festival will be on strong. It starts Thursday with a gala first show, Song Lang, a USA-Vietnam co-production about a romance in a Saigon opera house. That’s followed by a big party and then over 11 days some 100 other films from 27 countries. Too many to detail here but all the information you need, the entire program book in fact, is right here www.queerfilmfestival.ca/tickets. Or for a shorter, more easily usable outline of just the films, use the same url without the word tickets.

VQFF is the second largest film festival in Vancouver and the largest queer arts event in all of Western Canada. It runs Aug 15 to 25.

Meanwhile, there are these:

Dora and the Lost City of Gold: --

Scary Stories to Tell in the Dark: --

THE KITCHEN: It’s important to tell you right off the top that this is not a comedy. Quite a few people at two preview screenings were surprised to find that what they expected to be a Melissa McCarthy laugh fest, with Elisabeth Moss and Tiffany Haddish at her side, is actually a tough crime drama, with lots of violence, intimidation and extremely rough language. Some humor yes, but only sporadically. The three play gangsters’ wives who, when their husbands are off in prison and it’s tough making ends meet, get into the rackets themselves. (A similar plot was better played out in last year’s Widows). 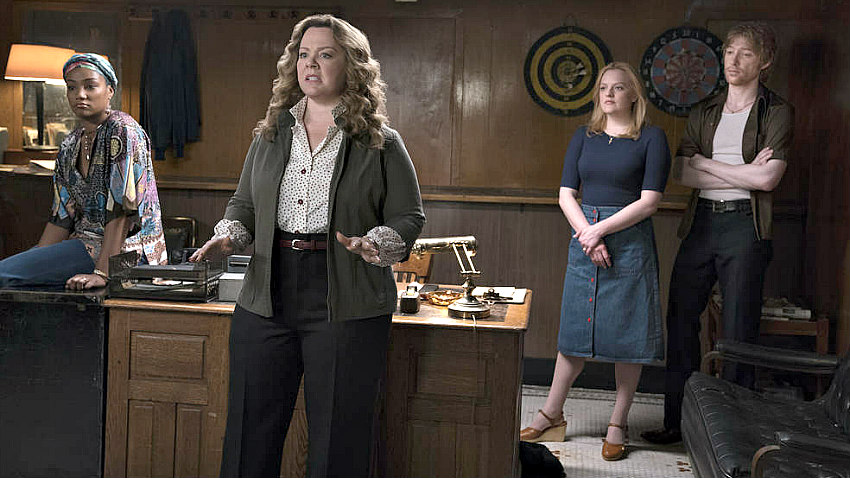 This story, originally from a graphic novel and set in the 1970s in New York’s Irish section called Hell’s Kitchen, is also told with a feminist slant. Women have been held back. Now they’re doing it themselves, shaking down small business owners for protection money, running street hookers and pressuring the orthodox Jewish developers and jewelers in their neighborhood. The local crime boss is in their way. Not for long. A bigger one, across the river In Brooklyn, takes notice and offers an alliance, or else. The women’s solidarity slips, the husbands come back and expect to re-exert control over their wives and a sly twist emerges. These are all good story ideas but they feel forced together not complementary.  It produces a gender switch and not much more. The actors are tops though including Margo Martindale as a mob matriarch and Bill Camp as the ingratiating Brooklyn boss. (International Village and suburban theatres) 2 ½ out of 5

HONEYLAND: You may not ever think that you’d enjoy a documentary about beekeeping in Macedonia. Well, here it is and it’s entirely engrossing, very dramatic and not at all dreary like some foreign so-called art films can be. This one is moving and tragic and hopeful and, most notably, wise about our changing world. We’ve got to get back to living in harmony with nature. We know that. Here’s a vivid example as proof. It’s been winning awards all over, including three at Sundance. 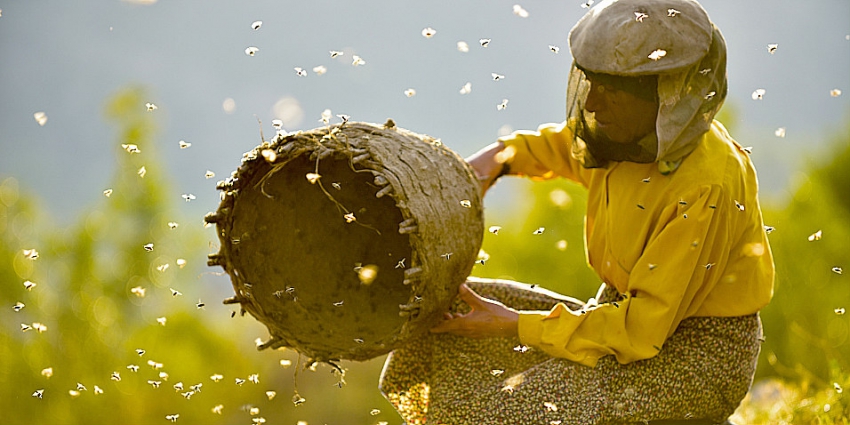 A rough-edged woman with bad teeth, named Hatidze, makes a meager living collecting honey from the bees she tends on a cliff face and in some fallen trees. She sells it to market vendors in town, never getting what it’s worth but accepting it philosophically. She’s the same at home, taking care of a bed-ridden mother without complaining. She’s so in sync with the ways of the bees that she can reach in and pull out the honeycombs without getting stung, even though she’s not wearing gloves. A noisy family that moves into the lot next door is pretty well the opposite. The father thinks beekeeping looks easy, won’t take advice and almost destroys Hatidze’s livelihood. His children meanwhile get stung (even a toddler) and kicked by a cow. The film shows all this vividly and thereby delivers its thoughts about humble people, inconsiderate people and arrogance. (VanCity Theatre) 4 out of 5

MIKE WALLACE IS HERE: There are two meanings there. One, that the famous newsman’s influence is still with us and two, the saying that officials would quake at their desk when told that Mike Wallace “is here.” That’s because he was a fearsome interviewer who asked the hard questions and wouldn’t take bafflegab answers. It was a style he brought to television in the 1950s and made flourish in his four decades on “60 Minutes”.  The film tells his story almost entirely with old TV clips from that show and others and gives us a thrilling spin through a wide range of people and subjects. Not a great deal of insight though into how he worked as a journalist.