The All Canadian Olympic Round Up

Marianne St-Gelais, the short-track speed skater from Montreal took second place in the 500-metre event on her 20th birthday, despite a false start and a crash on the first turn that required a restart.

Said St-Gelais of this momentous victory, "It's a wonderful birthday present…It's touched me very much.”

Her teammates, Jessica Gregg and Kalyna Roberge took fourth and sixth place in the event.

Another Canadian blow out

Outshooting the team they faced in the final four years ago in Turin 43-4 over the first two periods, the Canadian Women’s Hockey Team won another convincing victory and clearly, have yet to face a proven competitor.

This win is amongst the allegations made by the New York Daily News that women’s hockey at the Olympics is in jeopardy due to lopsided results and the lack of interest (click here for article).

Next, the Canadian women will face a strong American squad which undoubtedly will be their strongest test yet at these games.

Maelle Ricker, the 31-year-old snowboarder who won gold on Tuesday at Cypress Mountain, received the rock star treatment at her medal ceremony on Wednesday night at BC Place. Among the thousands cheering her name were a group of Ricker's high school friends, who held up six large letters, complete with lights, spelling out Ricker's first name and proudly waved them to the adoring crowd.

Forget the pavilions, I want to shop: Olympic store becomes a tourist attraction

The Bay Downtown, which sells all of the official Canadian Olympic apparel, has undisputedly become the biggest tourist attraction at these games. HBC says about 15,000 people have been passing through the Olympic store every day and the 2.7 million pairs of the iconic red mittens have been sold thus far.

Interestingly, athletes too are getting into this frenzy as U.S. hockey player David Backes told told Metro Vancouver Newspaper that he will try again another day as he was "flabbergasted" by the long line-up on Tuesday night. 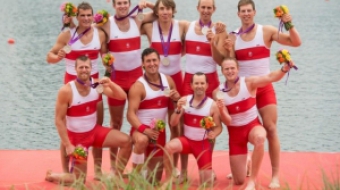 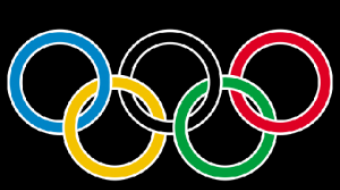