It's Christmas week. Are you still working? 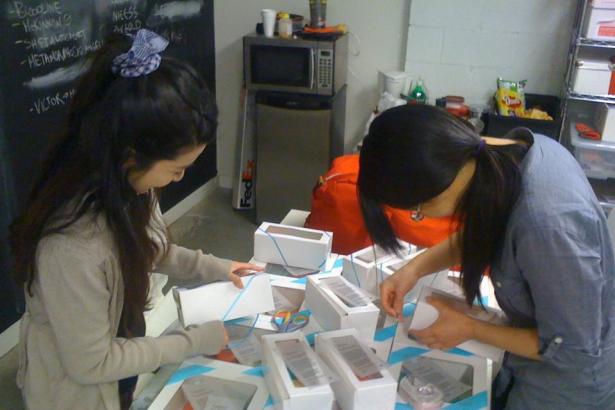 While VO team was on holidays or working from home, it made us wonder if anyone was on the grind this week. And, according to Twitter, the answer was, "Grrrr, yes."

There were only two people working for Burst! Creative Group today.
But not from the boutique agency's office in Gastown.

"Two staff members are working from home and enjoying Christmas with their loved ones," Lindsey Lee, Marketing Coordinator, told VO in an email. She said it was an "exception." Everyone has been coming to the office, otherwise.

"Many of the members at Burst! aren't Vancouver natives, so, currently, we have one of our account managers away in Toronto with his family for the holidays."

She said that it's been a "busy" and "stressful" month.

This is their Christmas tree below. "We all try to take the time to goof around during product photo shoots and draw silly pictures on one of the newly painted walls, which is now a giant chalkboard," Lee said, adding, "We do take our work seriously though."

The "small but cozy group" celebrated the workday away with Beyoncé Knowles playing in the background.

"Every once in a while, we turn our background music off, which is usually a medley of Beyonce's hits, to focus on phone conferences with clients and writing scripts and codes for websites," Lee said. 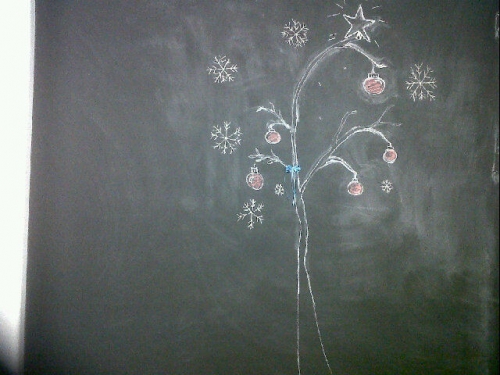 Vanessa Vizi is a receptionist at a construction testing lab in Burnaby. She said that more than 75 per cent of employees will be gone next week. She's not one of them.

On the plus side, the place is decorated and has music.

Two Vancouver QueerFMers were also working today. Even though "the rest (of their team) have already bailed for warmer climes," the "shows must go on @CiTRradio," they explained.

Hostelling International (HI)-Vancouver Central is a traveler's hostel on Granville Street. Everyone was hard at work there, too, like always, it seemed like. "Full staff 365, 24/7," @VanCentralHI tweeted. They said that they had desk staff, housekeepers and the maintenance and activities guys who were not only helping the guests but also "keeping the place looking good."

Bridget Bedard was the only at Karma Exchange office today. She works in the communications department. She said that their founder Shannen O'Brian planned to "pop by," as well. Here's a photo of the Christmas cards they've received and a canister of Karma Tea from Bel Cafe. 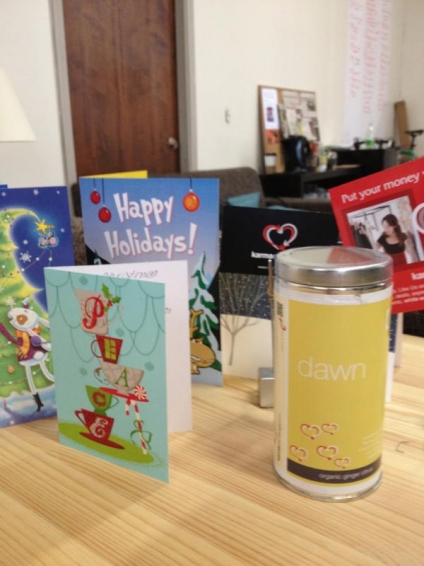 Tides Canada is an organization involved in doing good deeds all year round,  not just at Christmas.  As Christmas approached, the Tides team were still working. In a tweet, @Tides said, "We did manage to have a pizza lunch together which was great."

We want to know who reads VO. Take our survey and qualify to win a ski weekend at The Westin Whistler and lift tickets for Whistler Blackcomb. 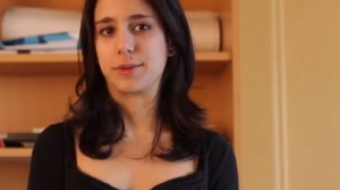 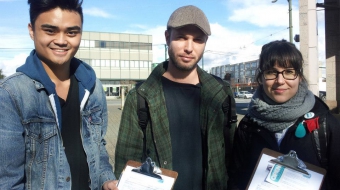 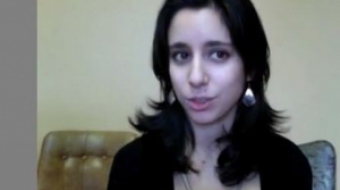