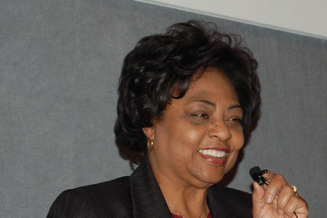 Andrew Breitbart’s Wikipedia page claims he is a lot of things--a columnist, publisher, and commentator amongst them--but it overlooks what has become abundantly clear in the last twenty-four hours: he makes a mockery of journalism.

Breitbart, an activist from America’s uber-right Tea Party, left a scathing post on his column yesterday which claimed to show “evidence of racism coming from a federal appointee” speaking at a National Association for the Advancement of Colored People (NAACP) banquet. What he forgot to mention was that he edited his evidence to defame the aforesaid federal employee, Shirley Sherrod, and the NAACP.

Less than a day later, officials left, right, and center are apologizing for condemning and firing a woman whose comments were video-edited by conservative media to mislead the public about a civil servant and her organization.

The first line of this ludicrous blog post entitled “The NAACP Awards Racism” was “context is everything.” Ironic, then, how Breitbart went on to prove this racism through a video edited to be presented completely out of context.

In Breitbart’s doctored version, Shirley Sherrod indeed seemed to discriminate against white people in her position at the U.S. Department of Agriculture, responsible for assisting farmers in rural areas.

“I didn’t give him the full force of what I could do.”

But then, this afternoon, Roger and Eloise Spooner, the farmers in Shirley Sherrod’s speech, were on CNN’s NewsRoom calling the alleged racist Sherrod a “friend for life” and giving her credit for “saving [their] farm. By the time they went on the air, Secretary of Agriculture Vilsack had already demanded Sherrod’s resignation with pressure from the White House itself.

Turns out, in the words of NAACP Chairman Emeritus Julian Bond, “we’d been snookered.” Everyone--Obama’s Cabinet, the USDA, the NAACP, and millions of Americans--was snookered into believing that Shirley Sherrod was an abhorrent racist by this manipulative “journalist” who blatantly distorted the truth of Sherrod’s statements through the power of video editing.

In her real speech, Sherrod’s story was not quite that simple.

“Working with him made me see that it’s really about those who have and those who don’t,” she continued, unknown to the vast majority of Americans. “They could be black, they could be white… It made me realize I had to work to help poor people.”

As it turns out, Shirley Sherrod was merely recounting her own trials in reaching out across racial barriers for a greater good. Benjamin Jealous, the President and CEO of the NAACP, agreed.

“This is a story of transformation, a story of healing… [a story of how] we are all in this together,” he remarked. Why, then, was Shirley Sherrod, as upstanding as a civil servant could be, shamed as a racist and forced to resign? Because Andrew Breitbart and his group of right-wing activists had the nerve to ignore the most important facet of journalism to viciously defame this woman and the organization she represents. People don’t need more misinformation to add into media already populated with the likes of Glenn Beck, Bill O’Reilly, and Sarah Palin. What people need are credible news sources and real journalism to give us unblemished facts so we can come to our own conclusions.

Breitbart’s work is anything but credible journalism. He has the nerve to begin a column with the statement “context is everything” while going on to post a defamatory, out-of-context video. Breitbart proved yesterday that he may be a talented propagandist, but propaganda--not journalism--is the extent of his talent.

It is unlikely that Shirley Sherrod will ever fully recover from the slander slapped by Breitbart next to her visage in the future, though many believe that opportunities for reconciliation are on the horizon.

The NAACP has already backpedaled and apologized to Ms. Sherrod for its hasty judgment. I expect both the U.S. Department of Agriculture and Secretary Vilsack to do the same and reinstate Shirley Sherrod to her rightful position.

As for Andrew Breitbart, I have come to expect nothing of him but continued desecration of reporting standards in America. He has a truly unique brand of audacity to be able to call himself a journalist.