The lynching of Ron Paul 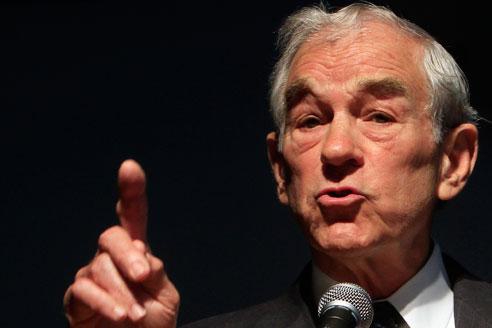 Why does the issue of racism pop up so frequently during the GOP nomination process?

Though it has never been as blatant as the claims made against Texas congressman Ron Paul on Wednesday via hacktivist group Anonymous' “Operation Blitzkrieg”, race continues to hang over the Republican debate.

Republicans are rarely seen talking about how to correct racial discrimination in the U.S. However, they do often seem to use it as a tool to persuade voters who still have notions of racial superiority (as illustrated by a video on things Republicans say about black people).

People like Mitt Romney, Ron Paul and Newt Gingrich are the first Republican candidates in American history to be pitted against an incumbent black president. Given the long and colourful history of racism in traditional Republican states, some can see how obvious a need it would be to pander to the whims of white chauvinists.

Ron Paul has been accused of being a racist in the past, but his rhetoric seems positively benign compared to that of his rivals Newt Gingrich and Mitt Romney.

Romney, a Mormon, has in the past refused to repudiate the teachings of his church that dark skin is a curse from God. Romney worked as a missionary for the Church of Latter Day Saints between 1966 and 1968.

Then there's his position on the DREAM act, which would allow for children of illegal immigrants to work towards achieving citizenship by completing high-school, attending college, or serving in the military. Romney has repeatedly said he would veto it if elected, calling it “a handout”.

Romney's comments on the act came in the leadup to the Iowa caucuses, an obvious play on the fact that there won't exactly be a whole lot of illegal immigrant voters to worry about.

Gingrich is no better. He made remarks about blacks and their supposed "dependency on welfare" before the Iowa primaries, labelling president Obama as the "the most successful food stamp president in American history."

He told audiences, “we [Republicans] believe people should learn to work, and that we’re opposed to dependency.” This doesn't smack of racism at first, until you consider that only about 33 percent of food-stamp recipients are black.

Paul, meanwhile, is accused of racism on grounds that he holds a strict position on illegal immigration and border security. According to Paul's website, he intends to “encourage legal immigration by streamlining the entry process without rewarding lawbreakers.” He has also been criticized for ties to Ron Paul and Associates, a newsletter that published racist and bigoted statements. Paul has continually denied sharing those views.

Now, with an excess of leaked emails and personal messages dumped by “Anonymous”, some are claiming that Paul is a “Neo-Nazi” due to the fact that there are some white supremacists amongst his supporters.

It's interesting to note that the same can be applied to any of the other Republican candidates. “Anonymous” hasn't seemed to have picked up on them just yet, but just because a politician is endorsed by someone doesn't mean they all share the same beliefs.

Then there are the alleged conference calls with Jamie Kelso, American Third Position webmaster. Even administrators of affiliated websites have denied it.

It doesn't appear coincidental that out of the huge amount of data which was posted, hackers found incriminating references to Paul. The great ordeal which was made of this “discovery” seems calculated.

Attacks like this one aren't typical of Anonymous: they tend to pick bigger battles. Their well-documented war against proposed “censorship” bills such as SOPA and PIPA, ACTA, as well as their continuous support of WikiLeaks indicates a general focus on freedom of speech.

So while the hacking attack was praised earlier this week, it seems like it may not have been a crusade against neo-Nazis.

Instead, it may have been a calculated attempt to crucify Ron Paul.