A logic lesson from the gun debate 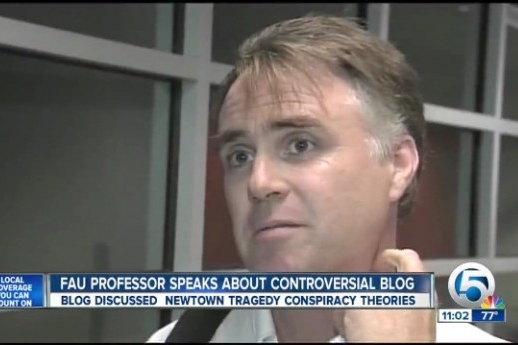 A couple of days ago, I was walking my dog when a good friend of mine texted me that he had just seen a story on CNN about professor James Tracy and his theory that the Sandy Hook massacre never actually happened. Apparently, it was a conspiracy by the Obama elite to take away Americans’ guns. Of course it was. And isn’t he so courageous to tell us about it?

As a tenured professor with the academic powerhouse that is Florida Atlantic University, his argument got more than its share of attention. While so many comments from tenured professors get dismissed within the media as ramblings from the “liberal elite,” Mr. Tracy is in no danger of being branded either liberal or elite, and hence immune to such attacks. Nothing like a wild conspiracy theory to prop up an otherwise unremarkable career.

Conspiracy theories trade in the basic structure of skeptical arguments. For example, consider this age-old problem: how can you be sure that the world you experience is real, rather than some sort of simulation? We’ve all heard this one before and most have seen the movies. If I was to argue that we are, in fact, all living inside the Matrix, there is nothing you could do to prove me wrong.

Suppose a conspiracy theorist like Professor Tracy advances a bizarre assertion and we object that it is completely inconsistent with the facts. Well of course it is, the conspiracy theorist responds, because the conspirators control the facts. In other words, if you lose the argument, you are allowed to reject the outcome by insisting that the conversation was rigged against you from the outset.

So there is no debate which can disprove the conspiracy and hence we have an hypothesis which is immune from refutation. But that just means that it is no hypothesis at all. Irrefutability is a trick. It is a way of disguising a wild idea as plausible simply because it cannot be ruled out by way of factual or logical analysis.

Tricks like this are intellectually dishonest and ought to be beneath anyone who has achieved the rank of tenured professor. But hey, shows what I know.

Another dirty trick on display last week comes from Tactical Response CEO James Yeager. On behalf of his so-called “patriot group,” Yeager released a YouTube video wherein he makes an impassioned plea for personal freedom and individual rights. Speaking about the Obama administration’s efforts to crack down on firearm violence, Yeager says “if it goes one inch further, I’m gonna start killing people.” 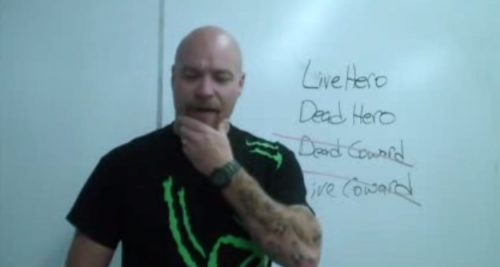 This is a trick we know very well here in the Lower Mainland. It’s called bullying. Although others might call it terrorism. But contained within this bully’s diatribe is another trick, related to that one by our friend the professor. It is called question-begging.

Question-begging happens when you assume what needs to be proved. It refers to a logical fallacy (despite however you may have heard it mis-used). For someone like Yeager, what needs to be proved is that there is any civilian reason to own heavy firearms. Rather than waste time on this, he jumps straight to “I’ll kill you.” There might be a few more steps missing from his argument, but you get the point.

Further question-begging can be seen in this video about the five guns that every American should own. You may recognize the host from that van which used to drive slowly past the playground when you were a kid.

Why can’t there be a civil dialogue wherein some concerned citizen might ask “Why do we need these guns? What civilian purpose could be served by owning a rifle? Have you had your meds?” Instead, it is simply assumed that everyone needs a gun, that more guns lead to greater safety, and that there is no other possible solution to the epidemic of gun violence across the United States. Question-begging all the way.

Sure, Americans ought to govern themselves when it comes to gun policy. But how about trying to cultivate an honest debate, free from fallacious reasoning and death threats?

So here’s the lesson: when considering an argument on some topic of public interest, take a look at the argument’s structure before even considering its content. If the argument turns on a fallacy, then you should simply ignore it. Engaging people who lean on dirty tricks in public discourse simply plays right into their hands. It emboldens them and affords them more than their share of attention. If anybody out there could pass this lesson on to the folks at CNN, I would be quite grateful.