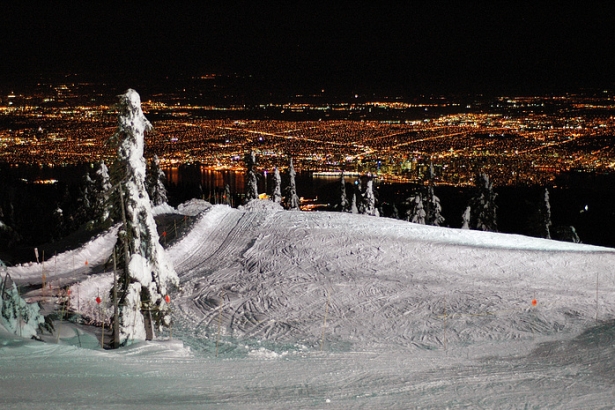 Forget Vancouver's night clubs – catching a mountain view snowboarding and skiing at night time is a quintessential local experience. Open seven hours later than Whistler, at a fraction the price, Cypress Mountain offers beginners and experts alike the chance to admire Vancouver's city lights from above, and catch some thrilling runs without the crowds at the same time.

Cheap lift tickets on the mountain

I hit Cypress Mountain – located in West Vancouver just above Highway 99 – late one afternoon this week, enjoying several (discounted) hours of incredible snowboarding. Personally, I'm obsessed with deep powder and challenging tree glades – but even the groomers had an ample topping of soft snow, and with lessons offered, you don't have to be an expert to enjoy the mountain. Just make sure you bring the right snowboarding jackets for the conditions.

With lift tickets (full day, $59) gradually dropping in price starting at 2 p.m. ($49), and again after sunset at 5 p.m. ($39), my friend and I decided to arrive at 2 p.m. to catch some sun rays and stunning views of the Lower Mainland and the Salish Sea before night boarding began after sunset.

If you choose to arrive in daylight, be sure to catch the last sunlit groomer runs on the west-facing Mount Strachan before the sun drops behind its westernmost twin, Black Mountain. I crammed as many daylight runs in as possible before sunset, on both mountains, and was surprised by how much terrain this alpine resort actually holds. It's no Whistler-Blackcomb, for sure, but the pistes offered a good range of difficulty levels, lots of easy access to forest glades, and a decent descent time.

When the sun disappeared, I scooted over to Black Mountain, where several runs with lookouts peeked over into the still-sunlit Fraser Valley and Vancouver. The red and purple colours were stunning, and the absolutely clear sky illuminated the gentle wisps of cloud burrowing through the city's downtown buildings.

Now that it was getting dark, I headed to the lodge to warm up and have aCypress Honey Lager. Unexpectedly (to me), two guitarists were offering live music on a stage – the best cure for hypothermia.

The temperature dropped when I strapped my board back on, but the lift line-ups had shrunk to almost nothing, and with several layers of sweaters and ski jackets – and my sweltering helmet – I never felt uncomfortably chilly.

In darkness, a mountain holds an indescribable mystery. Like the famous Stravinsky composition "Night on Bald Mountain" (made famous in Disney's Fantasia years back), Cypress seemed to come to life with sun down. Every shadow cast by the piste floodlights added depth and character to each run's bumps, trees, and other skiers.

My snowboard glided smoothly down a couple groomers, easily carving in the soft surface snow which had been deposited over several recent nights. I skidded after hitting a few icy patches on steeper runs where others had side-slid over terrain beyond their abilities.

Snowboarding in the dark

So I decided to take a chance with a couple tree runs – a scary proposition in near blackness as the moon rose and Venus gazed brightly above. But accompanied by a friend, and sense of caution, we abandoned the shimmering yellow lights of Vancouver below and entered the forest near the top of Mount Strachan.

An instant silence descended upon us – every turn, carve, swoosh of our snowboards resonated in the trees, which seemed to block out all other sounds of Cypress in their insulating evergreen boughs.

At first, I was almost too scared to turn, lest I hit an unseen rock or fall into a gully or stream. But as my eyes adjusted, I could make out shapes and silhouettes as the floodlights peeked through the forest. Night boarding – especially in forest – isn't about speed. It's about trust, and grace.

As a teenager, at Nelson, B.C.'s spectacular but uncelebrated Whitewater ski resort, I learned that one secret of boarding or skiing through forest was to pay attention to the gaps, not the trees themselves. The other lesson was to wear a helmet, which I learned the hard way after falling off a few cliffs which turned out to be higher than they seemed from above.

So my eyes continued to adjust. I made my way slowly through a not-too-dense glade just off one of the groomer runs, the floodlights still in sight though further away. Occasionally, the trees opened into a shadowy, narrow piste, which allowed my eyes to once again adjust. The beautiful stars had by now emerged in splendour. As our forest run merged into a vast groomed run and back into the floodlights, we sat to rest and admire the resplendent city lights far, far below.

Cypress, needless to say, is a magical Vancouver experience at night. 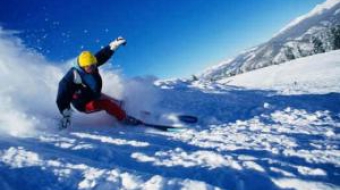 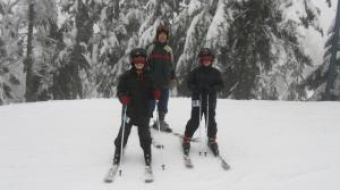 Skiing as a beginner on the Grouse is a thrilling experience.
Janel JohnsonJan 12th, 2012

The safest heli ski guides have expertise and backbone

When blinding sun strikes alpine snow in British Columbia backcountry, the enthusiasts strapping on high-end ski goggles will describe the mood as transcendent. Until, of course, they chopper up to...
The Canadian PressJan 6th, 2012
Speak up about this article on Facebook or Twitter. Do this by liking Vancouver Observer on Facebook or following us @Vanobserver on Twitter. We'd love to hear from you.