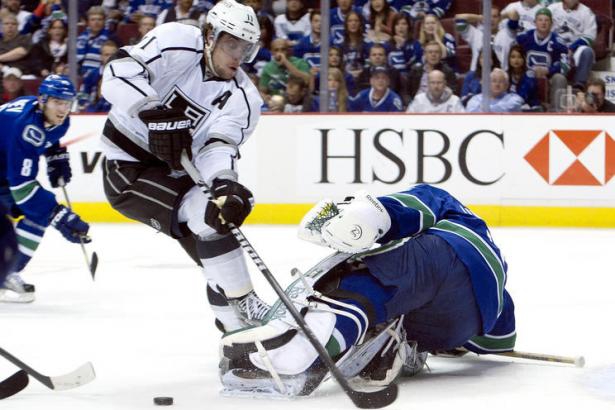 Roberto Luongo, in likely his last game for the Canucks', making one of 22 saves against the LA Kings during Game 2 of the Playoffs.

I recently broke up with my girlfriend. And we’re not getting back together. It’s not that we don’t love each other, or wouldn’t like to get back together, it’s that there is too much water under the bridge. And Vancouver’s relationship with Roberto Luongo is much the same. There are too many bad memories, too many episodes of booing, too many soft goals and slumps. So many bad times, that they tend to gloss over the good times. Like the 2007 playoffs where Luongo put together, probably the greatest two-series goaltending performance in NHL history, or the run to the finals.

But we are like the cheating partner; we have someone better waiting in the wings. That’s what most fans would like to think – that Cory Schneider is already a better goaltender than Roberto Luongo. And it might be true. Schneider seems less apt to give up bad goals, and less likely to have a bad game or a prolonged slump. He is far more media savvy than the naturally reclusive Luongo and Schneider has ice water running through his veins.

But if the Canucks go into next season with Schneider as a starter, they have to be a little worried. To give the starting reigns to a goaltender that has never played more than 33 games in an NHL season is a risky proposition. There are questions you don’t know the answer to, and won’t know the answer to until after the season is over. How will his body hold up over the long haul? How will he fare in the playoffs after playing 60 games a year? Will the non-stop media pressure affect his game? What happens when he has a few bad games on home ice and a few boos reign down?

Still, the benefits of keeping Schneider outweigh the risks of trading him and keeping Luongo. And, for what it’s worth, I think Cory Schneider will pass all these tests with flying colours.

One point I take issue with is the opinion that Cory Schneider has far better trade value than Roberto Luongo. Schneider has marginally better trade value than Luongo. Picking up Luongo is like buying gold bars, he is the safest goaltending commodity on the market in years. Look at the money and term Philadelphia gave to Ilya Bryzgalov last summer. Nine years, 51 million dollars. For a one year wonder goaltender, coming off a career year, who is now the weakest link, on what would otherwise be a runaway Stanley Cup champion.

If you can lock up an all-star calibre goaltender, for a cap friendly five million dollars for the next decade, you do it. Tampa Bay, Columbus, and Toronto are drooling at the chance to add Luongo. Look at all the trouble those franchises have had getting a solid number-one goaltender for years. In each of those cases, a trade for Luongo immediately vaults them in to playoff contention.

Mike Gillis is smart, savvy and patient. He won’t let Luongo go for nothing. The Canucks are far too weak in other areas to allow a prized asset like Luongo to walk out the door without getting a major piece back in return.

Good luck Lu, we probably don’t realize it now, but you were one of the best players to ever put on a Canucks uniform. I hope you’ll be missed, but not too much.  Cause if you’re missed too much, it means we’ve made a very big mistake, indeed. 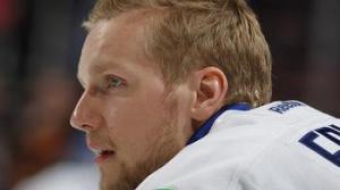 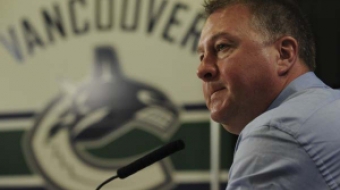 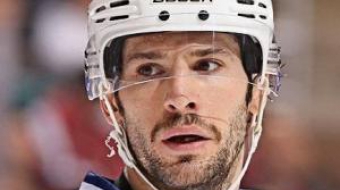