Myth-busting at The Edgewater 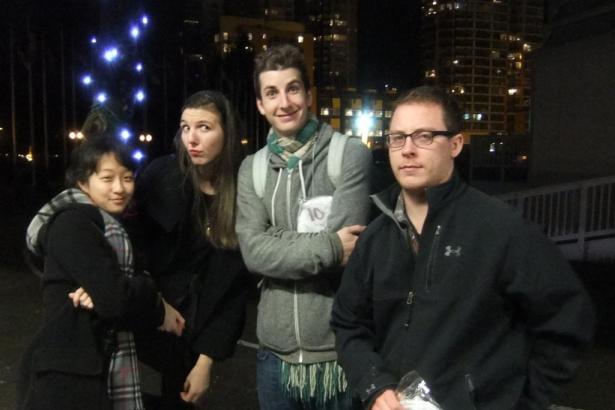 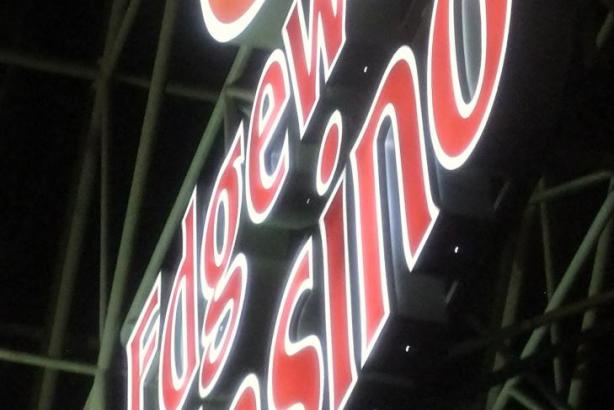 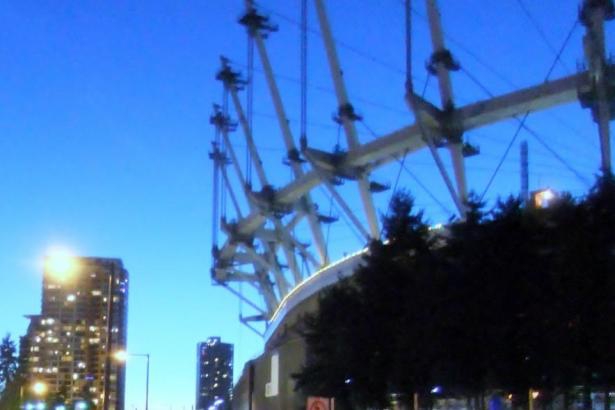 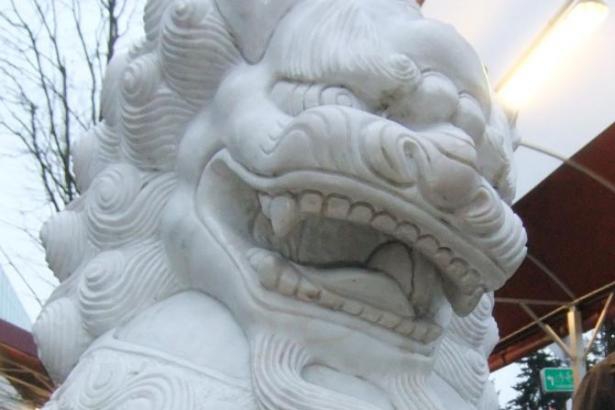 Myth: Today is my lucky day; I know I'm going to win.

Fact: There is no magic in gambling. No thought or feeling that you may have will help determine whether you win or not.

It's Saturday night at Edgewater Casino. The casino offers literature on problem gambling published by the Ministry of Public Safety and Solicitor General. You get it at the welcome desk. The statements above come from  a brochure called "myth busting". I found it wedged behind a raffle for a Canucks jersey. With the province planning to relocate the Edgewater Casino to B.C. Place next year, and having written fourteen articles on the issue to date, I went with two of my colleagues from VO to have a night of fun at the casino.

Edgewater Casino looks out across False Creek from Plaza of Nations. From the sea wall, it's discreet but visible. The building, made entirely of glass, reflects the grey wintery water. But as Anja and Zi-Ann and I walk along the street that runs past B.C. Place, we almost miss it.  "There it is," Zi-Anne says. She points back from the road to where the only casino in downtown Vancouver awaits, hidden behind Gossip night club.

Inside, soft red light drenches the luxurious-looking rooms with their high ceilings. Red and gold ornaments hang in clusters from the ceiling. A rail thin woman in a red and black corset and stilettos teeters past a BMW parked by the game tables.

"This is our first time here," I tell the young, neatly dressed employee standing behind the welcome desk. She smiles and hands me and my colleagues applications for the BC Gold Card, which allows players to collect points and bonus prizes. It's a  frequent flyer card for gamblers. "You get five dollars for signing up," she says, smiling again. She hands us our cards and we hand her our coats and scarves. Coat check is free.

She pulls out a photo. "Do you want to see my daughter?"

She takes our coats and melts into the darkness.

We head over to a row of slot machines, meanwhile, ready to try our luck. A twinkly, bouncy tune plays from each machine and the melodies form a background soundtrack for the casino.

Elderly people populate the row, although an occasional twenty, or thirty-something has come to pump money into the slots as well. Few have bothered to take off their coats.

Hanging out by the bar, younger people sip cocktails and play chance at the game tables. A few never leave the bar.

It takes us a couple of tries to figure out what the different buttons on the slot machines mean.  That's okay. You don't have to understand the game to play. In less than a minute, I lose $2.86. I'm already fed up so I wander over to where Zi-Ann's been playing. She's won $40 and looks flushed from victory.

We walk down the rows of slots. They have kitschy names like American Original, China Mystery, Magestic Sea and Kitty Glitter. The casino is plenty busy, but still, we have our pick of the slots.

Paragon Gaming, the developers who own Edgewater, plan to more than triple the number of slot machines at the proposed casino expansion that will be linked to Vancouver's largest sports arena by a tunnel. The 493 machines I'm looking at tonight will expand to 1,500. Addiction specialists shake their head and wonder at the government's decision to support an expansion of gambling in Vancouver's downtown core, only a few blocks from Chinatown and the poorest neighbourhood in Canada, the city's Downtown Eastside. Numbers of slots machines have been linked to incidences of addiction.  A 2001 Montreal study found that for the Montreal region, 21% of slot machines and video lottery terminal players are problem gamblers, compared to 2% for the aggregate of all games.