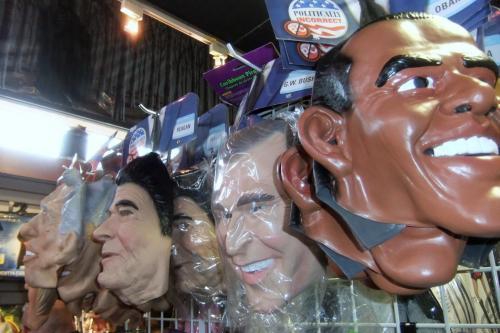 Halloween, like other major holidays, separates people into two categories.

As October 31 approaches, some are busy adding the final flourishes to painstakingly crafted costumes, anxiously waiting to début the pièce de résistance. They take their time, carefully stitching the final seams and relishing these last moments of creation, sure to dazzle friends with their sartorial finesse, creativity and wit.

But others, myself included, are left scrambling to find something, anything even remotely festive, before the ghosts come out to play.

Welcome to The Party Bazaar, your one-stop costume shop and a Vancouver institution since 1977.

Step across the threshold on 2nd Avenue and Columbia into a world of witches, warlocks, vampires and sexy (insert just about anything here). Feast your eyes on the wall of fangs, pick up a strand of Mardi Gras beads, or transform yourself into the pop icon du jour. You've arrived at the ultimate dress-up chest for adults and children of all ages.

Shirt and tie not required. Broomsticks, on the other hand, are essential.

I sat down with Michael Nathanson, marketing manager, to drum up some last minute costume ideas and discuss a trick-or-treating controversy. 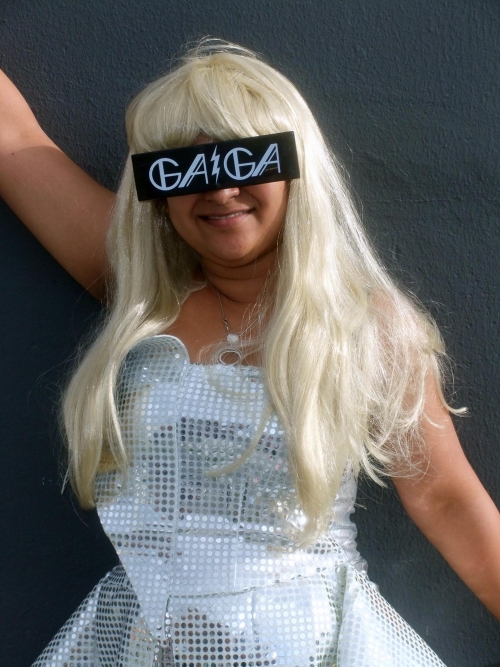 If you're craving something slightly more risqué than you would usually wear, you're not alone, Nathanson said. Sexy costumes are always popular. "According to my colleague, the shorter the skirt the better," he said.

The sexy stewardess and nurse are always hot choices, and this year Lady Gaga is living for The Fame.

Pop culture is a rich source of inspiration at Halloween. "Avatar is huge this year...[and] vampires are very popular. We have a myriad of fangs."

Nathanson paused, opened his top desk drawer and pulled out a set of custom-made teeth, explaining how they work. "See! It doesn't even look like they are fake!"

Come All Hallows' Eve, many people will don a spangled vest and white glove in an homage to the king of pop. "We have a whole area dedicated to Michael Jackson."

Nathanson can't say whether MJ's popularity rose after his death. But, one thing's for sure, "Everybody loves you when you’re dead." 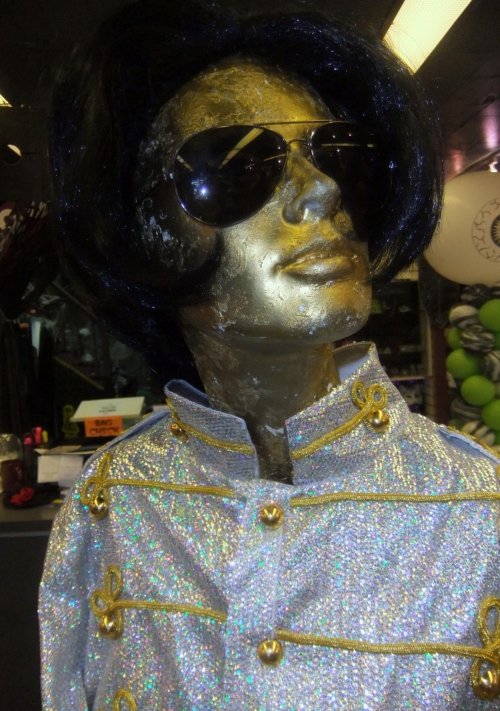 The Party Bazaar sells Stephen Harper masks, but with the mid-term elections coming up Barack and Michelle Obama masks have been flying off the shelves. Besides, Canadians might be too self-deprecating to celebrate with their own politicians, Nathanson told me. "I actually haven’t seen a St. Laurent mask or a Mackenzie King mask."

"Both American and Canadian politicians are popular, but because we are so inundated with American culture and American television, people always want to fun it up a little by picking up an Obama mask, a Michelle mask, a Nixon or Clinton," he said. 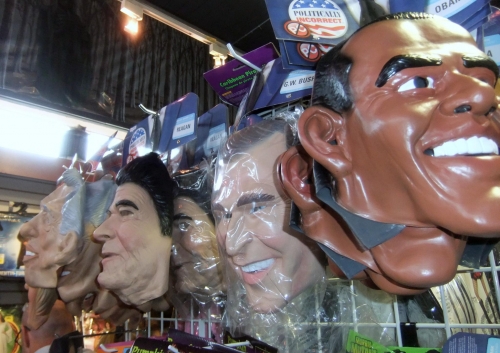 For those of us who want to avoid breaking the bank while still looking fabulous, Nathanson has one word: pirates.

"Women can wear high black boots and a black dress and get a nice pirate hat and you’re done. Same with guys. There’s the moustache, you can tuck your pants into high boots, a white bellowing shirt, an eye patch, a hat, bandana."