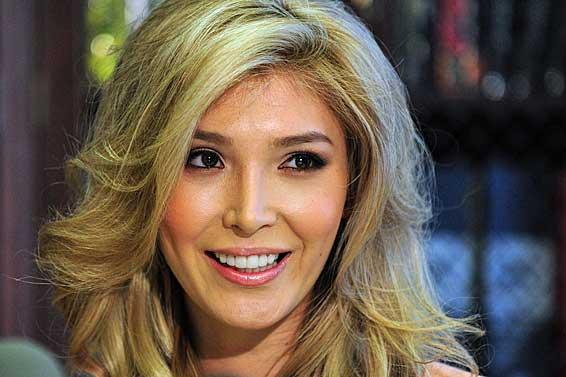 Transgender beauty queen Jenna Talackova's public fight against disqualification from the Miss Universe Canada pageant has led to a landmark rule change that will allow transgender women in all competitions starting in 2013, according to gay rights group Gay and Lesbian Alliance Against Defamation (GLAAD).

Talackova, a Vancouver resident, was disqualified from the Miss Universe Canada pageant last month because she was not a "naturally born female." After weeks of public outcry and media attention, however, the beauty pageant -- owned by U.S. businessman Donald Trump -- has changed its rules to allow transgender contestants to compete, GLAAD said in a statement on Tuesday.

Reactions on social media were mostly positive, although a tweet reaction from what appears to be Donald Trump's official twitter account on LongTwit (allowing over 140 characters) suggested mixed feelings:

"Jenna changed her name from Walter to Page and then to Jenna so that now her name is Jenna Talackova. If you take the first 3 letters from Talackova and add them to Jenna, it's Jennatal (genital?). Is there something a little strange going on here? In any event, I have given the okay for her to compete in the Miss Universe Canada Pageant. It will be a wild evening with ticket sales through the roof--lots of interest!"