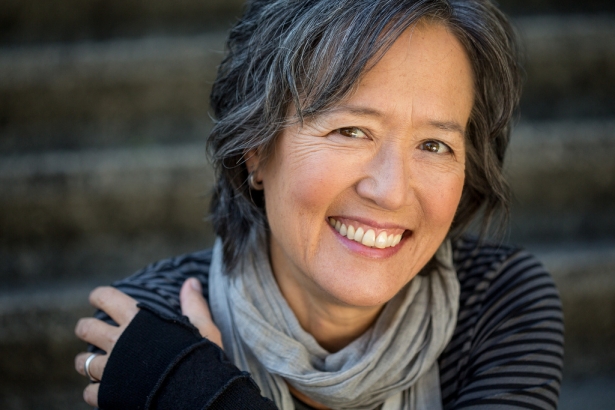 A snarky but suicidal Japanese schoolgirl writes a diary about her chaotic "last days" in the heart of Tokyo's Electric City. On the other side of the world on a remote island in British Columbia, a struggling writer combs the beach, searching for inspiration. A fateful magnitude 9.0 earthquake and tsunami bring two lives crashing into one unforgettable story in Ruth Ozeki's latest, A Tale for the Time Being.

Ozeki will be in Vancouver on April 16 with Vancouver Observer publisher (and longtime friend) Linda Solomon to talk about the themes around her book. Inter-being and inter-connectedness, Japan, bullying, technology and many other topics will be discussed, salon-style, at the VO Salon event next Tuesday, April 16, at the newly-renovated Anza Club.

Living in many worlds

Ozeki is a woman who inhabits many worlds: a Soto zen Buddhist priest, an award-winning filmmaker, a bestselling novelist. She's half-American, half-Japanese, and divides her time between Cortes Island, BC, and New York.

An American by birth and upbringing, Ozeki immersed herself in Japanese culture first as a student, then as a bar hostess in Kyoto's entertainment district and later as a university English professor. 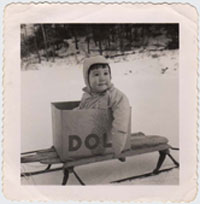 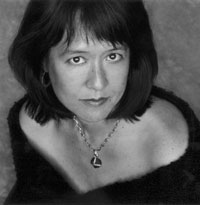 In her frank, beautiful prose, she captures the different people who compose Japanese society: from the laid-off salaryman to the obscene schoolyard bullies to the hardened sex worker with a pretty name and a cold heart.

Sixteen-year-old Nao Yasutani, at the centre of her book, is emblematic of the global, hyper-connected 21st century. Raised in California, Nao is the kind of girl you'd expect to be viewed as "cool" in Tokyo—except she's not. Her family is broke, and her talented but jobless tech whiz father has just tried to jump into the train tracks, only to cause heaps of meiwaku (trouble, annoyance) to others. Through her viewpoint, Ozeki describes the predicament of today's global young person:

"...we were just cruising along, except for the fact that we were living in a total dreamland called the Dot-Com Bubble, and when it burst, Dad's company went bankrupt, and he got sacked, and we lost our visas and had to come back to Japan, which totally sucked [...]

Dad was sulking around like a jilted lover, and Mom was grim and tight and righteous, but at least they identified as Japanese and still spoke the language fluently. I, on the other hand, was totally fucked, because I identified as American, and even though we always spoke Japanese at home, my conversational skills were limited to basic, daily life stuff like where's my allowance, and pass the jam, and Oh please please please don't make me leave Sunnyvale."

— Nao Yasutani, A Tale for the Time Being

Anyone who grew up as an immigrant can relate to Nao's experience: she looks like she belongs, but has no clue how to fit into society. She ends up failing in school, bullied ruthlessly and is close to self-destruction.

But the story is about so much more than Nao: it's also about how America and Canada are viewed by Japan, the morality of suicide, the corrosive effect of the Asian financial collapse on families, how the 9/11 terrorist attack threw people's lives off course.

With Ozeki's background as an ordained zen priest, it should come as no surprise that Buddhist philosophy is infused in every chapter of the story. Time is a big part of this story, and she writes about how Zen Master Dogen showed that there are 6,400,099,980 moments in every day: every single one of those moments provides an opportunity for people to re-establish their will.

The Buddhism in Ozeki's writing is unobtrusive and compassionate, embodied by the Nao's unflappable 104-year-old great grandmother, an anarchist nun named Jiko.

Jiko's the kind of great grandmother that teens would dream about: she texts responses to Nao's questions about life, treats teen delinquents with respect, and talks about "superheroes" with "superpowers" to entice the sullen protagonist into Buddhist meditation.

What does it mean to live? What are the consequences of refusing to kill? Does the act of writing help a person achieve immortality in the reader's mind?

Join the Vancouver Observer Salon to join the conversation.