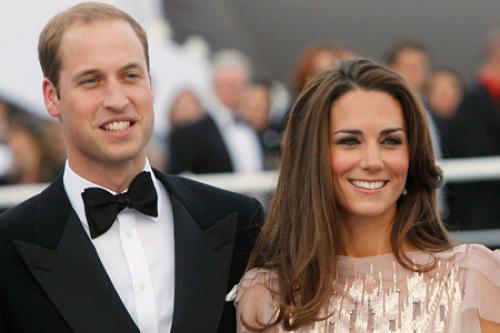 Prince William and Kate Middleton, otherwise known as the Duke and Duchess of Cambridge

No detail is too small for Prince William and Kate Middleton's upcoming Canadian tour. In preparation for the Duke and Duchess of Cambridge, officials are using strategic military tactics to map out the most accessible and private washrooms and elevators.

Royal tour planning: the nitty gritty details such as elevators and washrooms

TORONTO -- When Prince William and his wife Kate arrive at a University of Calgary medical research centre, which elevator will they take?

Whose hand will they shake first at a veterans' reception at the Canadian War Museum?

If one of them has to use the washroom at la Maison Dauphine in Quebec City, where are the closest and most secure facilities?

When it comes to planning a royal tour, no detail is too small. They are undertaken with military precision -- floor plans, down-to-the-minute itineraries and menus are drawn up well in advance so the much-anticipated visits go off without a hitch.

Just ask Kevin MacLeod, the Canadian secretary to the Queen and the federal government co-ordinator for the royal tour. The strict planning is all about maximizing their time with Canadians who come to see them, he said.

"If five or 10 minutes is wasted trying to figure out what a seating plan is or what an elevator movement is, that's five or 10 minutes less opportunity for them to meet with Canadians,'' said MacLeod, who has been involved with royal visits since 1987.

One of the first decisions made in planning a royal tour is a theme, he said. The theme for this tour is continuity: honouring the past, acknowledging the present and looking forward to the future.

Prince William and Kate -- also known as the Duke and Duchess of Cambridge -- are set to arrive in Ottawa on June 30, travelling to Quebec, Prince Edward Island, the Northwest Territories and Alberta before leaving July 8 for California.

Those locations and the events in which they will participate are very carefully selected.

"When we go about structuring that, it's not by happenstance,'' MacLeod said.

"Given that this is their first official visit to Canada, and as future king and queen, the government of Canada has felt it very important that there be at least one stop in each region of the country.''

Richard Berthelsen, an expert in royal tours, said most of the say doesn't go to the visitors, but rather the host country.

"They really are what the wishes are in Canada, where the Royal Family is positioned here in this country,'' said Berthelsen, who was involved with royal tours in Canada from 1978 to 2002.

After the thematic line and regions are selected, 80 to 90 per cent of the actual programming is decided by the provinces, overseen by MacLeod so there is no repetition.

"You obviously don't want to end up with 15 barbecues or 12 veterans events,'' he said.

The itinerary is then fine-tuned over several months and the British delegation visits to walk through the program, step by step. That's when the tiniest details are scripted, including which elevators to take, which washrooms to use and which delegates stand where.

Seating plans for events, motorcades and helicopters are drawn up, locations are chosen for the official photographs at each event and media positions and transportation are co-ordinated.

And when the time comes to execute these finely honed schedules, everyone involved does their best to stay on track, MacLeod said -- though they realize things can sometimes go the way of, well, the best laid plans.

During the Queen's visit to Canada last year, said MacLeod, no one would have dared to tell her to hurry up if she spent too long on a scheduled 15-minute walkabout. That's why there's always flexibility built in to the itinerary.