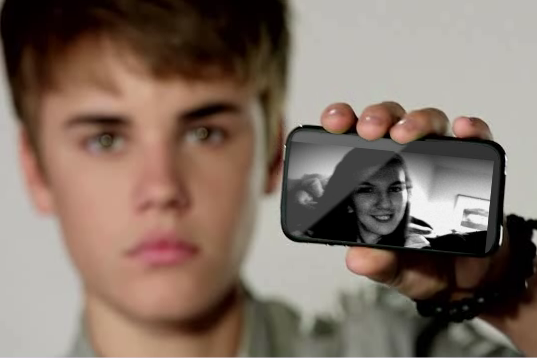 Whatever the Biebs is paying them, it's not enough. Somewhere behind the teenage pop star is a team of highly specialized squad who has the female (or male) psyche mapped out to the tiniest detail. And they're just killing it, by the looks of it.

Through an interactive ad for his perfume "Someday", Bieber (rather, his advertisers) makes fans go dizzy by letting them believe the world's greatest idol has somehow decided to go chase after an anonymous Belieber -- not the other way around.

Shuffling his feet, Bieber rattles off an impossible scenario of coming across a girl in a cafe (Starbucks, of all places). He can't remember what she was wearing (stripes?), nor her eye colour, muttering a catch-all description of her "blue, brown, hazely" irises. 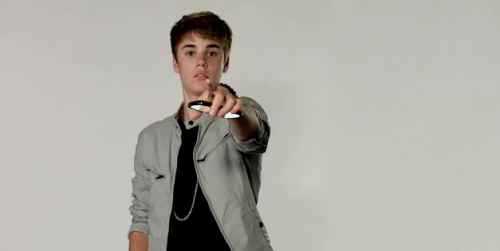 Even though her visuals left no impression on him, her scent is what apparently got him captivated. He now absolutely must find this girl with the fatal fragrance -- presumably his own product.

Further complicating things, while he can't remember what the girl looked like, he somehow snagged a few photos of her on his iPhone (and has never wanted to look at it since).

Make sense? Hardly. But the interactive website allows any girl to fantasize that Bieber has her on his phone by uploading her own mugshot from Facebook, twitter or her own computer. 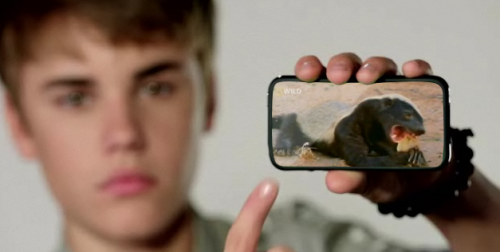 Most likely not the woman that captivated Bieber with her scent.

By itself, "Someday" is nothing to write home about. It's a bland, fruity and sweet perfume with notes of jasmine, packaged in a bland bottle resembling a rosebud (like a symbol of teenage beauty before blossoming into womanhood. Get it?).

But combined with these brilliant online ads that tap into the buyers' deepest fantasies, it packs a big punch. Whatever you think of Bieber, it looks like he and his team will be owning the young female demographic for a few more years to come.