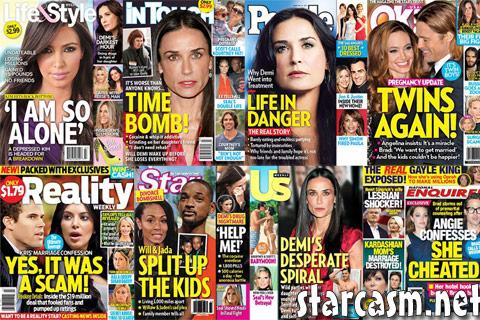 Misogynists rule the tabloids. It doesn't matter where you are: London Drugs, 7-eleven,  Safeway or on the B.C. Ferries. They all display  tabloid magazines at check-out plastered with tales that aim to both entertain and shame women.

It doesn’t help that the misogynist talboids are placed so you can't miss them. While you are stuck waiting in pesky long line-ups, what else is there to do but read about Jada "stealing" J.Los' husband or other lowest common denominator fare? 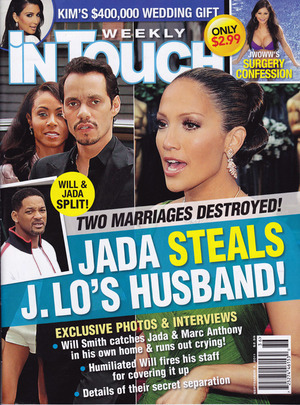 Tabloids aren’t choosy in meting out misogynist story-telling. Each female idol has her time being smeared by the headlines on the covers of Us Weekly or OK! Magazine or The Star.  The vicious attacks can occur right as a celebrity is about to release a box office hit: suddenly she finds her photo plastered across the front of a tabloid with the claim that she's starving herself to death. Even stars that have been out of the limelight for years get attacked – just recently, we saw Demi Moore supposedy fall apart in the public eye and, according to the tabloids, make a pass at the much younger Zac Efron in her "desperate" state. 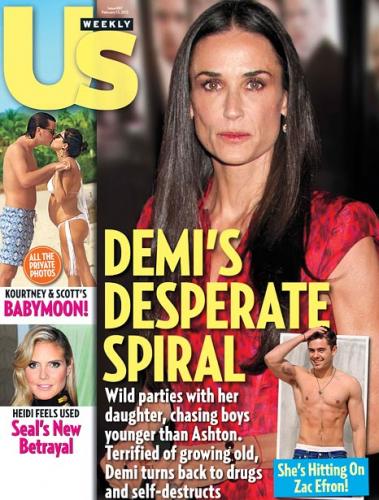 Tabloid stories don't always tell horrible lies about celebrities. Sometimes, they just show horrible photos of them. With the slogan, 'They’re real people too', the tabloids may feature someone like Jessica Biel as she does errands.  Wow, even stars have to buy their own groceries.

Worse are the 'stars without make-up' segments.

What is known about celebrity tabloids is that no star is safe from the long arm of the misogyny mill.

According to numerous tabloid magazines from US Weekly to Star, Jennifer Aniston has ‘officially’ been reported as pregnant about 15 times over the years.

She’s been slandered for apparently being pregnant at 40, then adopting, having twins with John Mayer, and we can’t forget that she was pregnant with Brad Pitt’s child when he left her for Angelina Jolie – that’s a whole lot of pregnancy scares for one woman. Someone needs to get this woman on a stronger birth control or get this magazine a new editor and a better editorial mandate. 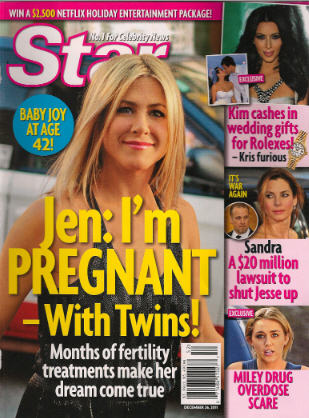 SlutTALK Vancouver: for feminists, is now not the time for talk?