Canada's 2010 federal budget does not invest in the change needed in First Nation education, Atleo says

All I have to do is say "The 2010 Federal Budget" and people's eyes glaze over.  They look at me like I'm Buzz Killington.  But for those of you who are still with me, here is a summary of  National Chief Shawn A-in-chut Atleo's comments on the Assembly of First Nations website www.afn.ca and his web address on the YouTube channel: www.youtube.com/user/afnposter, regarding last month's release of the Federal Budget. His comments are well worth taking a moment to consider.

In a six minute and forty-two second address from his Ottawa office, Chief Atleo remarked on the Speech from the Throne, saying: The announcement that the Canadian government would officially “take steps to endorse the United Nations declaration on the rights of indigenous people”...will (only) ensure a minimal basic standard of living.

On the Budget and post-secondary funding, Atleo informs us the new budget does “not invest in the change needed in First Nations education... It does support the need to reform and strengthen education and to work hand in hand with us...the goal is to improve education opportunity and out-comes through enhanced commitments and to address any structural issues in terms of how education is developed and delivered across all our respected territories.”

He goes on to say that "the government will be conducting a review process of post-secondary student support program." The aims of any reforms, he said, "...are to ensure that students are getting the support needed...Specific to the Post-Secondary Student Support Program (PSSSP), the Government has confirmed that there will be a review to ensure that students have the support they need.  We’ve said, for over a decade, that this program must be enhanced because it was failing to meet student needs."

Atleo stressed the need to bring forward a "First Nation directed approach ensuring enhanced support for our students.  Reform must result in greater investment, must recognize the critical role of our communities and must respect our rights and jurisdiction.  We are ready to fully engage on this dialogue with a focus on our students as we move toward First Nations control of First Nations education."

"Ten million dollars over the next two years to address violence against First Nations women. While we do not know yet how this funding will be targeted, I am hopeful the federal government is signaling it is now ready to work toward meaningful and concrete actions that will bring clear focus, attention and resolution to this issue. More than 500 Indigenous women and girls have gone missing or been murdered since the 1960s."

"It became clear shortly after the federal budget was released that despite an announcement of $199M for residential school survivors, there is no budget allocation for the Aboriginal Healing Foundation (AHF)."

On March 11, the federal government tabled Bill C-3 in the House of Commons "to provide clear information to First Nation governments and our citizens about the impacts and implementation of this legislation."

You can read the full official A communique from National Chief Shawn A-in-chut Atleo March 2010 on the afn.ca site.

The CFS National Aboriginal Caucus PSSSP Working Group helps with all things ensuring the rights of Aboriginal rights to education. 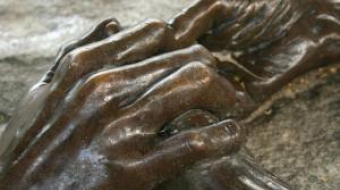 All Are Friends and Welcome Here

As is the customs of all First Nations people, “I bid you all welcome” to the first posting of the First Nations blog entitled Welcome. Firstly, I wish to thank founding editor-in-chief Linda...
Brad HendersonMar 9th, 2010
Speak up about this article on Facebook or Twitter. Do this by liking Vancouver Observer on Facebook or following us @Vanobserver on Twitter. We'd love to hear from you.