VANCOUVER — The University of British Columbia's faculty association has passed a resolution of non-confidence in the institution's board of governors amid ongoing turmoil prompted by the abrupt resignation last summer of former president Arvind Gupta.

A week-long electronic ballot closed Tuesday with 800 faculty association members voting in favour and 494 members voting against. There were 3,357 eligible voters.

Association member Kalina Christoff said while the motion has no legal impact on the board, it's a symbolic gesture intended to send a message about the extent of the faculty's dissatisfaction.

"Hopefully, knowing that they are operating without full agreement — and in fact with majority disagreement — on their operations is something that will generate a greater motivation for change in the way the university is run," said Christoff, a psychology professor.

Philip Steenkamp, vice-president of external relations at UBC, said in a statement that the vote reflects the faculty's interest in the university's governance and the diversity of opinion expected in a vibrant academic environment.

He said three elected members on the board and a number of elected representatives on the senates represent the faculty.

The faculty association's primary purpose is bargaining terms of employment for its members, but it's an important voice on campus, he said.

UBC has invited representatives of the faculty association and other employee, student and alumni groups to attend the April 14 board meeting to discuss governance, Steenkamp added.

"We take the concerns of the faculty association very seriously, and we look forward to a respectful and ongoing dialogue about improving governance practices. We are committed to working towards continuous improvement in all that we do."

The university has been gripped by a governance crisis since last August when Gupta suddenly resigned one year into a five-year term. The school inadvertently released correspondence in January that revealed some board members held secret meetings with Gupta leading up to his departure.

The revelations angered some professors, who launched the petition for a non-confidence vote over concerns the board had acted without oversight and against the school's best interests. The petition garnered hundreds of signatures and the resolution went to an online vote after a meeting last week.

Christoff said the members who voted in favour of the motion are concerned the board is being run more like a business than a public institution, without regard for transparency or consultation. But she noted that nearly 500 members voted against it.

"From my perspective, what's happening is there's a clash of values," she said. "Some people genuinely believe that a certain amount of secrecy is necessary for the efficient functioning of the university."

Some 1,294 members voted on the resolution, or about 39 per cent. Christoff said typically about 20 per cent vote in faculty association elections. 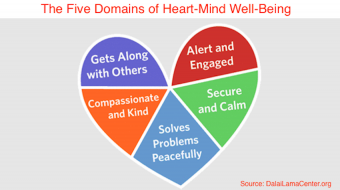 UBC board of governors votes against divestment from fossil fuel industry