Skiing in Vancouver: Photos and video from a snow day

Kit-touring through Kitsilano: only the beginning of a gorgeous Vancouver snow day. Leave your car at home, because traffic is gonna suck. Grab your skis instead. 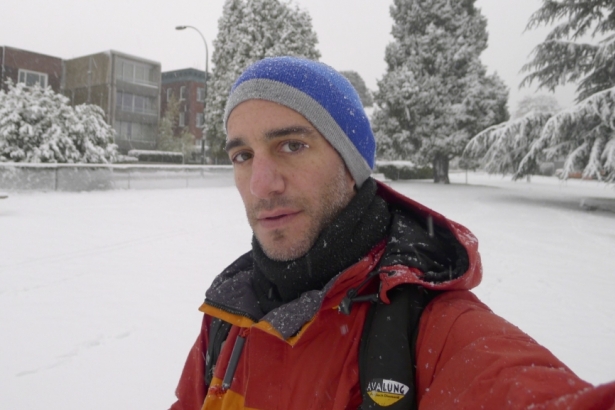 I was so excited to ski-tour along Kits Beach, I actually took a selfie.

Balsam Street isn't that steep, so I clicked into my bindings and skied straight into the fall line. I picked my line, zigging around a tree and zagging past a man shoveling the sidewalk. Slowing down as I reached an intersection, I traversed Balsam Street and waited for a car, its wheels whirring uselessly in the snow, to choose discretion as the better part of valour and reverse downhill.

After a 15cm dump, the snow is deep enough to cause problems for drivers on side-streets, but not quite deep enough for proper edge-turns. I carried on to Cornwall, stopping at the light to disengage from my skis. Carrying them into the park along Kits Beach, I transitioned: flipped my bindings into touring mode and sticking climbing skins to the bases of my skis.

As I transitioned, a young woman on cross-country skis whizzed past with a smile and a wave. Her skis were designed for flatter terrain, unlike my wide-ass Priors. I must have looked like some kind of ungainly primordial beast, a fish crawling onto land.

With that, I was off on my first tour of the season. Okay, so it's not exactly "All.I.Can" caliber, but come on. I'm not rad enough to own a GoPro.

Skinning through the park brought me to Kits Beach, where I laid first tracks along the shore.  Young couples with gleeful dogs appeared now and then, but for the most part the beach was blissfully quiet.

Randonee with birds of prey

Reaching the end of the beach, I skinned uphill and met an eagle. I felt almost like I was part of "Into the Mind". 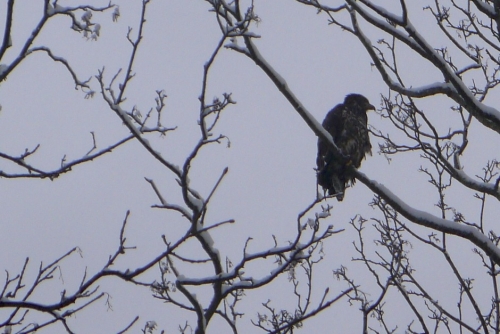 On the way back, I saw a guy and his dog building themselves a snowman companion. 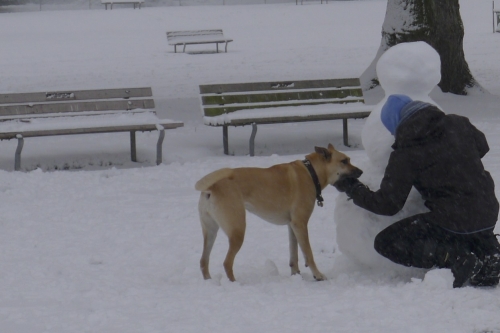 I didn't bring a phone with me, so there was no tweeting; only a few photos to share once I got back. 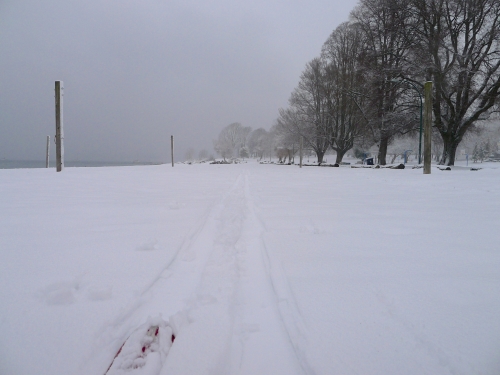 If you're going to ski or ride in Vancouver, please stay out of traffic: the driving in this city is even worse under a layer of snow. Use your rock skis if you have a pair. Should you decide on a bit of urban jibbing, wear proper protective gear. If you're a cross-country skier, then today is your day.

Let's see what the rest of Vancouver did with this sudden dump of snow; at least, those who haven't developed sudden "colds" and "flu symptoms" that require immediate repatriation to Whistler.

Driving in the snow in Vancouver never turns out well. pic.twitter.com/YfiHb0E5xa

So, 15cm of snow in Vancouver today.. this is what a snow day in Vancouver looks like http://t.co/xMEVhNvYqh pic.twitter.com/xbYHnuOkb0 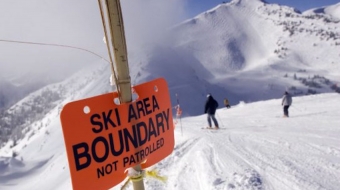 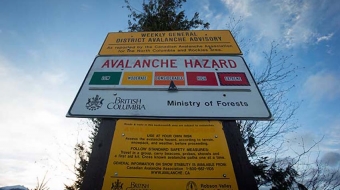 Make it a Vancouver Christmas with these local holiday gift ideas