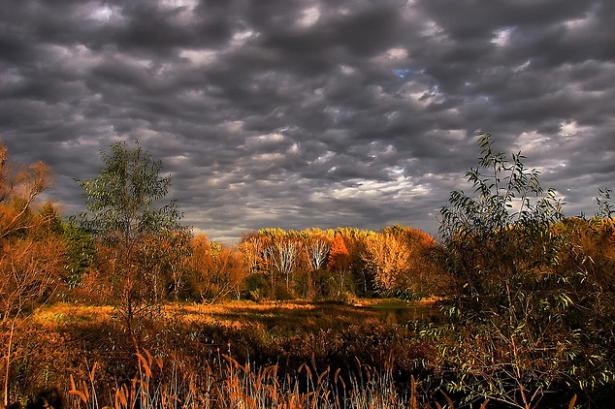 A little more than a year ago, the world media flocked to Copenhagen for what many hoped to be a landmark conference. At the table were world leaders whose rhetoric demanded climate action, a concerned citizenry unlike any other in the past, and a new, audaciously liberal President of the United States.

But progress on climate change remained as elusive as ever. The optimism before Copenhagen was reduced to political spin-doctoring within mere hours of negotiations.

While the suits play politics as usual, the living world is dying, one organism at a time.

“We’re losing 120 species a day worldwide,” says Michelle Connolly, a science technician with the David Suzuki Foundation. That’s no exaggeration — in fact, the United Nations Environment Programme pegs the number at closer to 200.

Take a dying ecosystem, the wetland, as an example.

Many see wetlands as mucky, stinky breeding grounds for mosquitoes — and they’d be right. But they’re also incredibly valuable, both to biodiversity and humanity. The David Suzuki Foundation pegs wetland value at $1400 per hectare, with benefits including water filtration, flood control, and groundwater recharge. That’s $44 million dollars in British Columbia’s Lower Mainland alone.

Wetlands are also habitat to a brilliantly diverse group of animals, including threatened red-legged frogs. These brown and slimy amphibians aren’t going to have a feature exhibit in the San Diego Zoo or have their own World Wildlife Fund ads, but they’re just like critically imperiled tigers or the extinct dodo in many ways: they too, cannot live without a place to call home.

Today, the Sea-to-Sky Highway, the artery that connected the 2010 Winter Olympics in Vancouver and Whistler, is the site of hundreds of red-legged frogs who have been killed trying to dodge speeding cars as they move about what was once their home.

I know this for a fact: I spent my summer surveying the Pinecrest area with the stewardship department of the BC Ministry of Environment.

“Species we share the Earth with right now are the current manifestation of many years of evolution, totally irreplaceable when we exterminate them,” Connolly says. The loss of a single species has far-reaching effects up and down the food chain, right up to the food on our plates. It’s a concept taught in middle schools across the country.

Even still, the challenges of protecting ecosystem biodiversity are daunting as ever. Maude Barlow, a longtime Canadian activist and chair of the Washington-based Food and Water Watch, wrote that “no piecemeal solution is going to prevent the collapse of whole ecosystems. A radical rethinking of our values, priorities, and political systems is urgent and still possible.”

So while climate change remains, rightly, the big-ticket environmental issue of our generation, it may be time to rethink these priorities.

It may be time to rethink the worth of biodiversity, and whether it matters.

A version of this article was originally published on February 9th in the Toronto Star's Global Voices column.