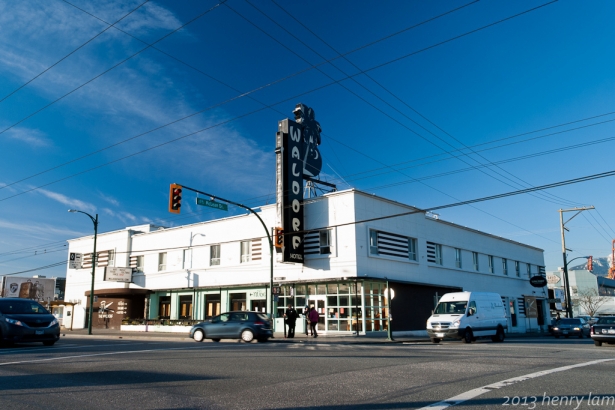 On January 9, shortly after Waldorf Productions announced that it would be vacating the Waldorf Hotel, the hashtags #waldorf and #savethewaldorf were trending on Twitter. By January 11, ten thousand people had signed two petitions to save the Waldorf. On January 13, a “love-in” staged outside of the Waldorf drew hundreds of supporters, including artists Paul Wong and Ian Wallace, Vancouver Art Gallery Director Kathleen Bartells, and Vancouver Opera director Jim Wright. 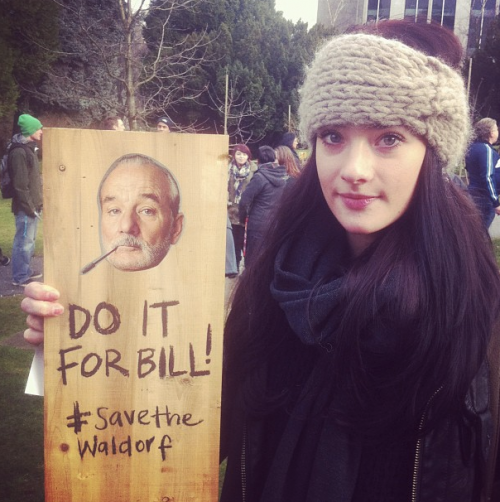 The Waldorf Productions team was stunned by the public’s response, explained Daniel Fazio, one of the founders of Waldorf Productions. They had expected that people would be “bummed out” by the news that the hotel had been sold to Solterra, a condo developer, but they had no idea that people would rally in such large numbers to save the “creative compound” the hotel represented.

Members of the arts community were similarly surprised.

“I have never seen this much outpouring of support for the arts in the city of Vancouver in my entire life,” said arts advocate Lindsay Brown, who founded the “Vancouver Loves the Waldorf” Facebook group and organized the January 13 “love-in”.

While the Waldorf joins a long list of arts and culture venues that have closed their doors in recent months, no other closure has been marked by a comparable level of public protest. So, why was the public so keen to save the Waldorf?

“The Waldorf just filled this incredibly unique space,” explained Tara Mahoney, the Creative Director of Gen Why Media, which started the “Save the Waldorf” campaign. “There aren’t very many places in Vancouver that are like that, that are both old and new at the same time, and that are almost like heritage sites, but also modern venues.”

Dubbed by the Globe and Mail as a “cultural oasis in the middle of nowhere”, the Waldorf Hotel featured a historic tiki bar, two restaurants, an art gallery, and a cabaret that functioned as a live music venue, night-club and multi-media theatre space. After Waldorf Productions opened the re-furbished space in October 2010, the dynamic venue, which hosted a food-cart festival, up-and-coming DJs and everything in between, drew diverse crowds. 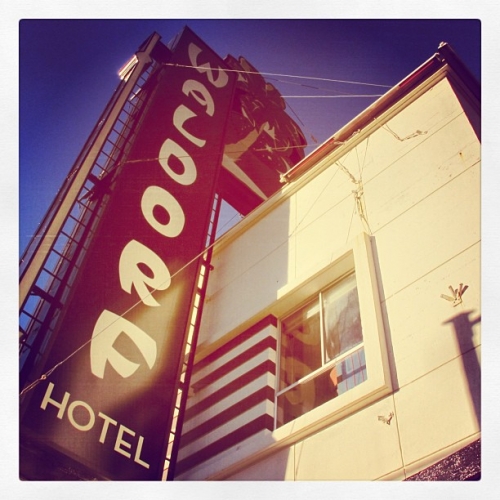 “It’s very unusual that what’s seen as a predominantly music venue would include people from other disciplines and bring in so many young people to see the kind of work that they would never see otherwise,” Brown said.

However, such an unusual approach drove the vision behind the Waldorf.

“One of our big words is inclusion,” Fazio said. “We wanted to create a really democratic environment, so the space really transcended through lots of different communities.”

For their part, supporters praise the eclectic crowds that have been drawn to the hotel. In the words of visual artist Paul Wong, “it was such an interesting intersection of young and old, poor and rich, deadly serious and fabulously eccentric.”

Such diversity was on display during Waldorf Productions’ closing weekend. On Friday, January 18, a varied crowd – including twenty-somethings and forty-year-olds, punk rockers and Aritzia-clad Vancouverites, off-beat artists and more mainstream types – danced the night away.

Mark Makada, a 41-year-old school teacher  had come out to enjoy a last night at the Waldorf and recalled the dynamic crowds the Waldorf had reeled in. He had watched intellectuals, such as novelist Hiromi Goto, “rubbing shoulders with women of colour, lesbians and punk rockers”.