Andrew S. Wright is a passionate conservation photographer and has published two photography books arguing for increased environmental stewardship in B.C.  His book “Emeralds at the Edge”  published in 2009 received positive reviews in the Globe and Mail.  His current book Faltering Light proposes an end to trophy hunting of bears.

He is also technical advisor to the SOS Marine Conservation Foundation and the Tides Canada Aquaculture Innovation Fund.  Since 2008 he has played a lead technical role in the design of the Namgis FinFish aquaculture project. He is a contributor to the Great Bear Rainforest agreement and has travelled on numerous occasions to the region.

He graduated from the University of Hull, England in 1990 with a PhD in Microwave Engineering.  In 1995 co-founded Datum Telegraphic a company specializing in third generation wireless systems.  Dr. Wright has published numerous IEEE peer reviewed research papers and has been awarded and filled in excess of 60 patents. 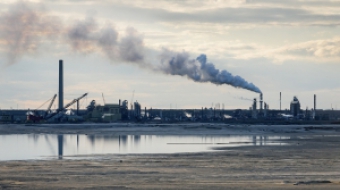