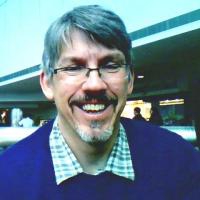 David Smith  is a long time soccer (football) goalkeeper. He began playing soccer in 1966, when he moved to England. His first real experience with soccer was staying in an inn in Colchester, England watching England, (led by West Ham United’s Bobby Moore, Geoff Hurst and Martin Peters),  win its first and only World Cup. That experience has made him (often to his embarrassment) a lifelong England and West Ham United fan. As a player, the highlight of his career was to tryout as a goalkeeper for the Canadian under 18 team. At 52, he is still playing, despite a hip replacement operation, and aspires to play in the World Masters Games. He is currently the VP of Boys soccer for Point Grey Soccer Club.

In his non soccer lives David is married to Ann Rowan and is the father of two great children. He has been involved in the non profit community for most of his life, particularly in environmental and peace movement advocacy organizations. He is a supporter of Vision Vancouver and the Director of Operations at the consulting and fundraising company Strategic Communications. 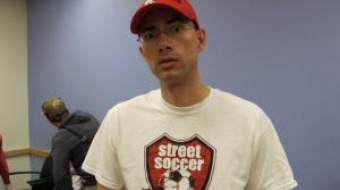 Homeless Cup Team Canada Coach Alan Bates reports from Brazil.  His letter follows:Hi Street Soccer Fans,Day 2 started with a meeting to comment on successes and address problems that we had on...
David SmithSep 17th, 2010 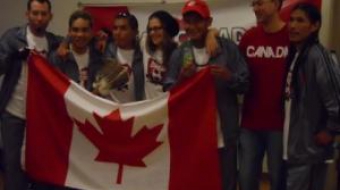 Canada's representatives at the Homeless World Cup left on a 12 hour flight to Rio on Wednesday at 3PM. A sendoff breakfast included presentation of bags, track suits and a blessing.
David SmithSep 17th, 2010 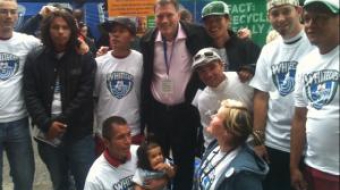 The homeless world cup team is preparing hard for their departure for Rio on Sept. 15th. A sendoff is being planned. The team also recently attended the Vancouver Whitecaps game on September 5th at th
David SmithSep 12th, 2010 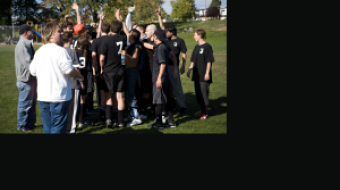 Canada’s players in the annual Homeless World Cup take off for Rio de Janeiro in less than a month. The team, made up of 5 players from Portland FC (named after the Portland Hotel) and 3 players...
David SmithAug 20th, 2010 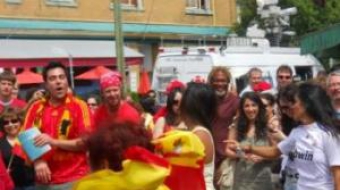 Spain won the World Cup last week. Now that its over what questions face the game and Canadian Fans?
David SmithJul 18th, 2010 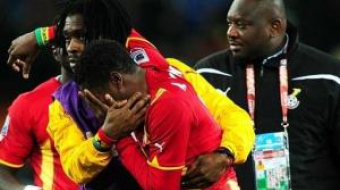 Brazil/Melo, Ghana/Gyan, and the slender margin between heroic and tragic

In an alternate universe Asamoah Gyan and Felipe Melo are heroic figures for Ghana and Brazil respectively, in our universe their names will be memorable for the sporting tragedy which overtook them t
David SmithJul 2nd, 2010