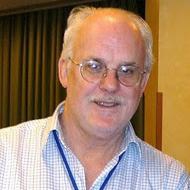 An award-winning investigative reporter and a founder of the Canadian Association of Journalists (CAJ), Nick was a news editor and producer with the Canadian Broadcasting Corporation for more than 20 years.

One of the founders of Canadian Journalists for Free Expression (CJFE), he was involved in helping press freedom organizations in developing countries for several years.

Early in his career, Nick was publisher/editor of The 4th Estate newspaper in Halifax, worked with Reuters in London, Canadian Press in Toronto, and was one of the editors of THIS magazine. Nick is also the author of Maritime Radical: The Life and Times of Roscoe Fillmore.

Now based in Toronto, Nick is a freelance journalist and activist. Comments welcome at: [email protected] 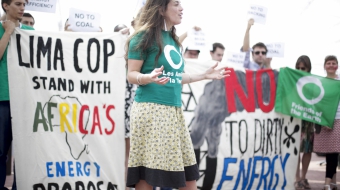 Information contained in a new report  that details how multi-national corporations are destroying the environment and causing serious climate damage in Latin America brings attention to an...
Nick FillmoreDec 12th, 2014

With the next federal election a little more than two years away, it is time we started asking the Liberals and New Democrats what kind of government they will deliver if either one can bounce the...
Nick FillmoreJun 12th, 2013 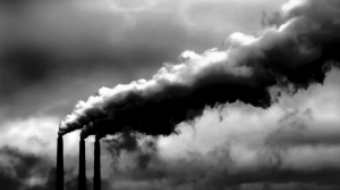 Calling out climate change deniers in the media

The global warming deniers are at it again, and it is high time that the environmental movement in Canada and the United States launched an organized campaign to expose these scientific community...
Nick FillmoreMay 22nd, 2013

Will the real Gwyn Morgan please stand up?

One of the champions of Canada’s right-wing corporate elite is finally calling it quits. Gwyn Morgan, 66, is stepping down in May as Board Chairman of SNC-Lavalin, the troubled, giant...
Nick FillmoreApr 11th, 2013

The power of brand Joyce Murray

A vote for Liberal candidate Joyce Murray is a vote for party co-operation against Harper.
Nick FillmoreFeb 15th, 2013

If an election were held today, which party do you think will win? The answer might surprise you.
Nick FillmoreSep 3rd, 2012

Heading into the final weeks of the NDP leadership race, the candidates still have not debated the most important challenge facing society -- the destructive force of modern-day capitalism.
Nick FillmoreFeb 15th, 2012 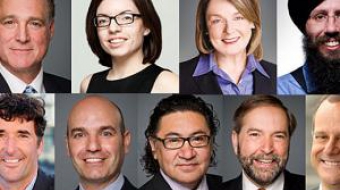 Some NDP leadership candidates say they're serious about winning, yet show no interest in any sort of alliance with the Liberal and Greens to oust Stephen Harper.
Nick FillmoreFeb 2nd, 2012 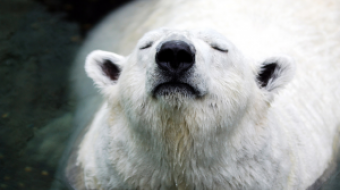 Coke works to save Canada's polar bears while destroying environment

The Coca-Cola Company has put on a happy face for the North American public by pledging to help protect the iconic polar bear while, at the same time, continuing to be one of the worst...
Nick FillmoreJan 4th, 2012