Another group pulls the plug on B.C.'s missing women inquiry 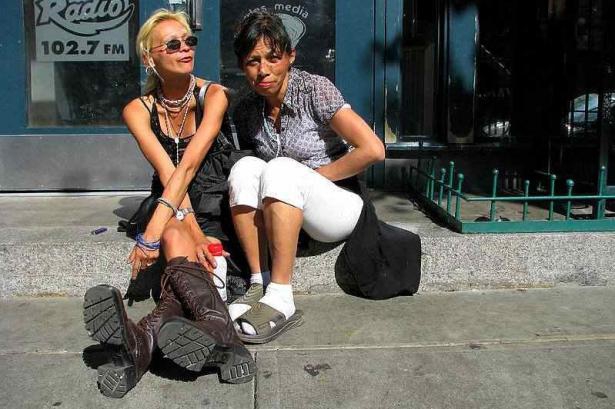 There'll be one less community group taking part in the inquiry into missing women when it opens next month in Vancouver.

The latest to pull out is the Pivot Legal Society.

VANCOUVER -- Another group has pulled out of the inquiry into missing and murdered women in British Columbia because of a lack of funding for women's organizations.

The Pivot Legal Society withdrew Tuesday over the government's refusal to pay for legal help for sex-worker organizations, aboriginal groups and others to take part in the inquiry led by former attorney general Wally Oppal.

Earlier this summer, more than half a dozen other groups also bailed out of the inquiry for the same reason, including the Union of B.C. Indian Chiefs and the Women's Equality and Security Coalition.

The B.C. Civil Liberties Association is also considering dropping out of the process, spokesman David Eby said Tuesday, adding consultations are underway with other organizations as his group grapples with the decision.

The Liberal government announced in May that it would only cover the legal costs for families of serial killer Pickton's victims, despite an earlier recommendation from Oppal that 13 participants receive funding.

Oppal will oversee hearings next month examining why the Vancouver Police Department and the RCMP failed to catch Pickton as he spent years preying on sex workers in the city's Downtown Eastside, until his arrest in 2002.

Doug King, a lawyer for the Pivot Legal Society, said that instead of participating in the inquiry, the group will use its resources to collect sworn statements from women to assess what has changed in the last 10 years for sex workers and other vulnerable women trying to report violence in the impoverished area.

King said the impartial process will involve volunteers from community groups interviewing women and volunteer lawyers swearing to the affidavits so there's a clear picture of the current situation.

He said that in recent years, more services have been provided to women but it's not clear if they feel safer.

King said one of the questions that needs to be answered is whether changes in administration at the Vancouver Police Department have made a difference.

Police have reached out to sex workers with efforts such as the Sister Watch program, which connects Downtown Eastside women to officers so they can report violence.

"The commission does have subpoena powers so they can get their hands on it if they want to. But more realistically, what we think it's going to be useful for is creating a bank of evidence that can be used to put into context, ultimately, the recommendations of the inquiry.''

Art Vertlieb, a lawyer for the inquiry, said the commission appreciates that some of the groups granted standing at the inquiry have had to withdraw because they don't have the money to hire lawyers to represent them.

"However, it is our understanding that most of the groups that were granted standing will participate when hearings begin in Vancouver on Oct. 11,'' he said in a statement.

"These include the families of 14 of Robert Pickton's victims who, along with many other British Columbians, have questions about the Pickton investigation that need answers.''

King said Pivot had limited standing at the inquiry and its participation would not have had a much of an impact compared to women's and aboriginal groups that have also dropped out of the process.

"It's a shame that so far the focus has been on this kind of feud between the government and whether or not (the inquiry) should be given funding the way the commissioner wants it to be funded.

Pickton was arrested in 2002 and eventually convicted of six counts of second-degree murder, for which he is serving a life sentence. The remains or DNA of 33 women were found on his farm in Port Coquitlam, and he boasted to police that he killed as many as 49 women.

Wally Oppal denies that he prejudged the Pickton inquiry