As Facebook announces a shift to clean energy, Tzeporah Berman says a new Greenpeace campaign will target other tech leaders next spring. 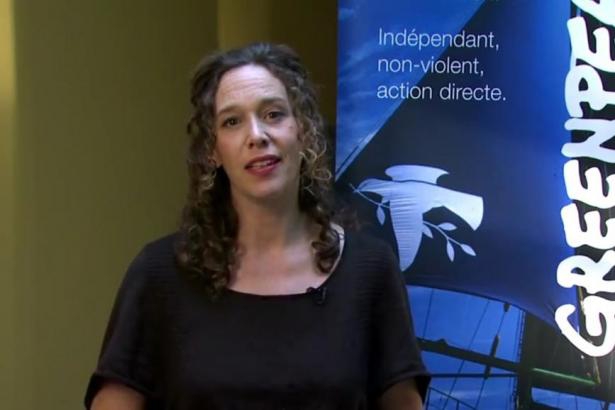 A new deal announced by Facebook and Greenpeace today commits to transitioning the social network’s data centres from coal to clean energy. But according to Greenpeace’s co-director on climate and energy, Tzeporah Berman, this decision is just the tip of the iceberg for the IT industry.

“800 million people use Facebook, and now we have the company agreeing to find new and creative ways to use the platform to do good in the world,” said Berman in an interview with the Vancouver Observer.

“Besides the fact that they’re committing to a renewable energy preference, we’re committing – both of us – to a collaboration online to promote and create conversations about climate and energy issues,” she said.

The announcement comes as a result of a two-year Greenpeace campaign to get Facebook to use renewable energy, after reports revealed the internet giant’s new Oregon data centre was powered mainly by coal. The “Dirty Data Report”, released by Greenpeace earlier this year, provides a detailed summary of several major tech companies and their carbon footprints.

Berman explained that a typical data centre uses the same amount of energy as about 50,000 homes, with the largest data centres (like Apple’s in North Carolina) using as much as almost 250,000 homes.

“IT companies have really only been looking at how to be efficient,” said Berman.

“And they’ve been ignoring the impact of the energy that they do buy, which is increasing every day.”

During their campaign, Greenpeace mobilized over 700,000 Facebook users in 14 different countries, asking them to comment online asking the company to go green. The overwhelming response ended up breaking a Guinness World Record for the most Facebook comments in a single day.

After months of additional campaigning, Facebook finally agreed to adopt a new policy that gives preference to renewable energy sources. The agreement also lays the groundwork for ongoing research and dialogue around efficiency, to be shared with other tech firms through the Open Compute Project.

“We are excited to work with them to explore new ways in which people can use Facebook to engage and connect on the range of energy issues that matter most to them – from their own energy efficiency to access to cleaner sources of energy," she said.

Berman said the two organizations plan to sit down and identify timelines in the New Year, but as far as the Greenpeace campaign goes, they’ve already seen results.

“[Facebook’s] last data centre, that they committed to just last month, is fed by renewable energy. And that’s the first time they’ve done that, so we’ve already seen changes,” she said.

“The other kind of interesting thing is…who’s next? We’ve seen in the Dirty Data Report that there’s a lot of room for improvement in the rest of the industry.”

The hope is that Facebook’s decision will set a new standard for the IT sector, encouraging other companies – like Google, Twitter, Microsoft and Amazon.com – to follow suit and switch from high-carbon energy sources. And just in case they aren’t prepared to do it on their own, Berman said Greenpeace is planning a new campaign to be announced in the spring.