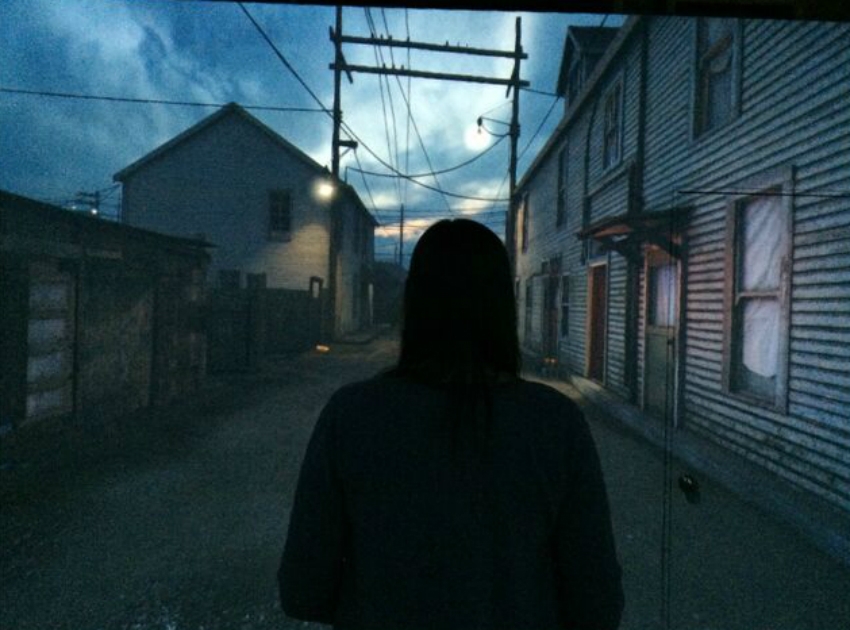 A brave new world co-created by the National Film Board of Canada’s award-winning Digital Studio in Vancouver and internationally acclaimed artist Stan Douglas.

This September, visitors to SFU Woodward’s will get a chance to be whisked away from 21st century Vancouver and into a variety of immersive digital worlds.

“This exhibit is particularly remarkable and culturally dynamic because it has been curated to showcase the best in comparative interactive technologies,” says Howard Jang, SFU’s Director of the Woodward’s Cultural Unit.  “It allows the audience to step into a three dimensional world and be transported to heritage sites a world away.”

One of the signature pieces of the festival is Circa 1948, which features a “Star Trek Holodeck” like space where visitors can explore a 3D rendered 1948 Vancouver including locations such as Hogan’s Alley, a working class neighbourhood in the Eastside of the city and an old hotel in the Westside. Thanks to custom developed software created by the NFB, the visitor’s movements are mapped in real-time with the environment shifting according to your changing perspective.

According to SFU Writer’s Studio program director Wayde Compton, the result was incredible.

“It’s amazing,” he says. “For me, it was like being able to go back in time and actually be in the place I had studied. It’s like being out-of-body and in another environment.”

This brave new world was co-created by the National Film Board of Canada’s award-winning Digital Studio in Vancouver and internationally acclaimed artist Stan Douglas.

In addition to Circa 1948, SFU Woodward’s is also featuring Pure Land: Inside the Mogao Grottoes at Dunhuang, an immersive installation created by Jeffrey Shaw and Sarah Kenderdine who are both leading scholars and artists in virtual reality technology.  This exhibit was previously only seen in North America at the Smithsonian Arther M. Sackler Gallery.

“Basically, this exhibit immerses visitors in an animated 3D experience and transports them into hundreds of ancient Buddhist grotto temples,” says Jang.

Nearby to Pure Land is UNMAKEABLELOVE, which presents a community of real time distopia with animated figures created by 3D projections on screens that are arranged as a 6-meter wide hexagonal room. Visitors can project virtual light beams into the story, which illuminates a confined existence resonating with Dante’s Purgatory.

All three exhibits are free and will run between Sept. 18-Oct. 16, 2015. To register for a day/time click here. Tours are offered in the Woodward's Atrium Tuesday through Sunday. Circa 1948 tours are approximately 10 minutes in length.