PuSh Fest concludes on an abstract note with Relative Collider 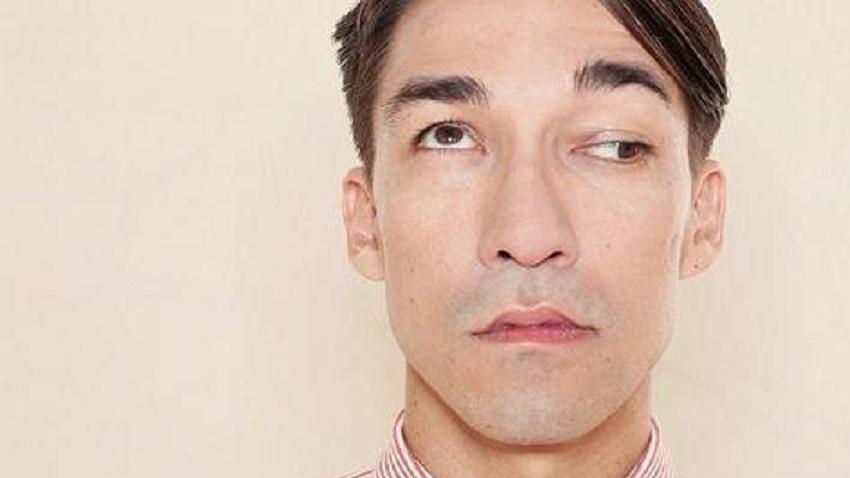 Unlike anything else in the PuSh Fest -- or for that matter any other Vancouver venue, either -- the Scotiabank Dance Centre's staging of Relative Collider plunged right into the performance without the customary announcement that the work was being mounted on "unceded territory" of the Coast Salish peoples.

Not out of any disrespect for First Nations rights, I presume. It's just that any spoken preamble would have proved jarringly out of synch with this starkly abstract event. Indeed the program seemed to have occured not in any kind of "territory" at all, but rather in some purely conceptual realm. We -- audience and performers alike -- are mere volitionless particles in some sort of experimental cloud chamber. As the playbill declares, we're out to explore "the physics of attention."

The playbill then goes on to offer bio-sketches of the two co-creators: Pierre Godard is an applied mathemetician currently pursuing a Sorbonne masters in "natural language processing," while Liz Santoro is a Harvard neuroscientist on a mission to "challenge the diametric relationship between watching and being watched."

No sooner had I read this, than there they were, barely a couple of yards from my front row seat, without any spoken intro or even any musical accompaniment apart from a metronomic ticktock. Santoro and her two fellow-dancers, Cynthia Koppe and Stephen Thompson, stared blankly straight into the audience while jouncing, barely perceptibly, to the beat. Goddard, at a rostrum stage left, kept his eyes glued to his MacBook.

As a watcher, I felt so watched and "challenged" that I hardly dared fidget in my seat, let alone take notes. I felt, frankly, a bit cowed by the highly credentialed intellectual candle power amassed onstage. Even the name Relative Collider, with its Einsteinian overtones and cyclotron allusions, was a bit daunting.

But then the "physics of attention" kicks in as the performance sweeps the audience along with a logic of its own. The metronomic jiggling gets more pronounced, with a hint of almost hip-hop syncopation. Soon it's paired with a repertoire of hieroglyphic hand gestures like something from an Egyptian tomb freize. And the dancers cast off from their fixed downstage anchorages, drifting in widening gyres about the bare stage.

Whereupon Goddard, without taking his eyes off his Mac, cuts loose with a stream of random words and phrases -- lists, mostly, of seemingly unconnected nouns, with extra vocal stress on each interstitial "and" or "the." All still rigidly locked into the ticktock, but gradually organizing itself into tetrameters with varying metrical feet -- spondees, trochees, anapests -- to offset the syncopated dance movements.

Now and then the text yields fleeting glimmers of meaning, only to dissolve again into pure sound. Weirdly familiar, yet hard to place until it dawned on me where I'd heard something like this before: childhood hopscotch or jump rope rhymes.

Nothing visibly playful, though, about these performers. Even as they gestured more broadly, circling in ever wilder arabesques, they remained stone faced. Amazing that they could get through Collider without any actual collisions, considering how meticulously they shunned all eye contact with each other.

A swelling drone sound gradually undergirds the metronome and the tetrameters. The dancers, now sweat slicked, whirl like dervishes. And then diminuendo. The sounds are one by one subtracted and movement subsides to downstage, front and center. Until all we see or hear is the shuffle of sneakers on the bare floorboards.

Strangely affecting, despite the ensemble's earnest efforts to reduce the whole performance to an emotionless unfolding of intricate and blandly deterministic algorithms. If you have the math for it, they supply online a 12-page gloss of what they think they're up to.