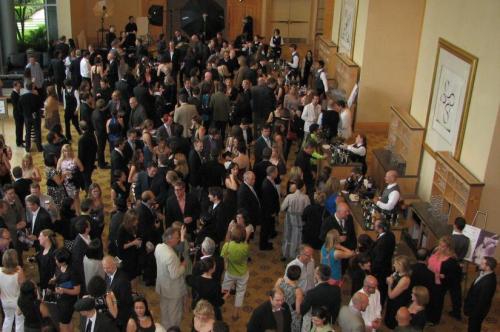 On Friday night, 41 Leo Awards were handed out to the technicians and craftspeople behind the top film and television productions in our province. While lacking the botox-injected glamour of the red carpet Gala Awards Ceremony on Saturday (June 5), the Celebration Awards Ceremony was a laidback affair befitting the people whose keen eyes and ears, and patient personalities, make film and TV productions possible.

Host Ellie Harvey kept the proceedings light and energetic with jokes about roles she never got to play and projects she wished she had worked on. Speeches were mercifully short, with one winner offering in jest to exchange his Leo for Tom Petty tickets. There was, however, cringe-worthy banter between award presenters, excruciating muzak playing during the buffet dinner, and near-continuous technical glitches with the clips.

Before the event, Hal Beckett, Musical Director for the Leo Awards and multiple nominee for his scores for League of Super Evil, spoke of the important contributions made by the people who work behind the scenes. He explained that the “technical skill of our crews and craftspeople” has enabled the Vancouver film and TV industry to weather the recession and high Canadian dollar. The level of professionalism, he added, has kept many productions from heading south to more tax-friendly locations.