Hollywood has come calling for Vancouver students, but they'll need to make a good impression on the right talent scouts. 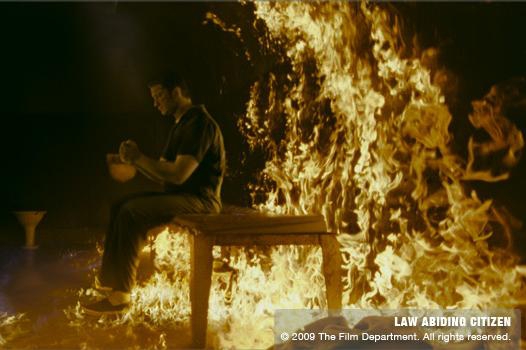 Hollywood has come calling for Vancouver students -- but in order to answer the call, they will need to make a good impression on the right talent scouts. And not the ones from the casting department.

Instead, they will need to prove they have the animation skills needed in an industry increasingly dominated by computer- generated characters and special effects.

With a growing number of projects in the pipeline and a looming shortage of talent, Jason Dowdeswell realized that his firm’s strategy of importing top talent from around the world would not be enough to keep up with the volume of work being sent to him by his clients in Hollywood.

As studio head at Vancouver-based Image Engine, Dowdeswell oversees a team of artists who perform the animation and visual effects rendering needed to bring aliens and monsters to life on the silver screen. For him, the logical solution to the shortage was to build partnerships with local sources of talent.

Last week, Image Engine announced a new formal partnership with the Vancouver Institute of Media Arts (Vanarts), complementing an existing partnership with the Vancouver Film School. The goal is helping students prepare for jobs in the industry, and that will include sending staff to the school for speaking engagements, running one-on-one mentorships with students in the visual-effects program and providing opportunities for them to experience Image Engine’s work from close up.

“We have a need for talent,” Dowdeswell says. “There’s a lot of pressure in Vancouver right now, with many of the Hollywood studios wanting to park work here. We have always been fans of the Vancouver Film School and Vanarts and the kind of artists they turn out, so when we recently looked at our resource requirements for our upcoming work over the next six months, we saw that we were going to have to hire 60 people, and while many would have to be senior, experienced people, a great percentage could be kids right out of school.”

Bill Dwelly, who runs the visual effects and game-art and design departments at Vanarts, says his students are very excited to have an opportunity to learn from the team at Image Engine.

“As we build this relationship with them, our students are able to see that these careers are totally achievable if they work really hard,” Dwelly says. “When our students meet someone who is actually doing the job they aspire to, it shows them that this is for real, and (that) the people who are doing this work aren’t just in Hollywood.”

Dwelly also hopes that beyond serving as positive role models, the veteran artists will be able to share some useful skills of the trade.

“In our program, we look at instrumental films that have been landmarks in visual effects – including District 9, which they worked on – and when we show that film, Image Engine sends a couple of artists over to talk with the students about their experience on the film,” he says.

There are an increasing number of film production studios that are creating or enhancing their presence in Vancouver, and Dwelly feels that a tremendous opportunity exists for his students as they enter the workforce:

“Over the last few years, more big studios like MPC (Moving Picture Company) and Sony have come here. As these companies grow, they have to bring people in.”

As the talent pool and the number of potential employers grow side by side, the vibrancy of the industry will continue to increase in Vancouver.

“We do well when people show up to work and they’re enthusiastic about what they’re doing,” says Dowdeswell. “Whenever graduates get that first job, they have a lot to prove and lot to learn, so they’re like a sponge. It’s a two-way street, because they’re learning more about what they love and we’re being motivated by their vigour.”