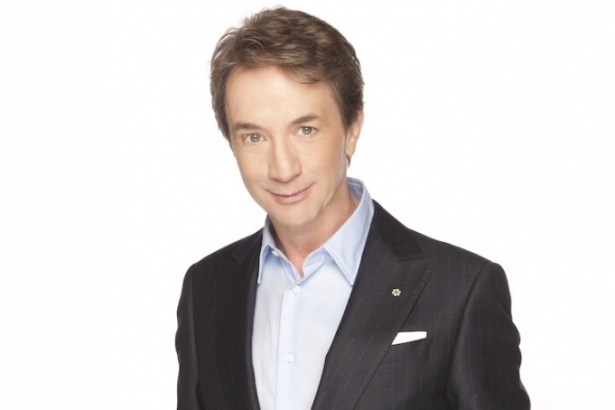 At the opening night gala for the Vancouver Comedy Festival, Martin Short took to the stage shifting through an assortments of characters ranging from Ed Grimley to the wildly beloved donut-eating Jiminy Glick who "interviewed" (and eventually jumped on top of) Global BC's Sophie Lui. At one point, he even played a human pipe, oh-so-convincingly. Of course, Short (as Martin Short) also did his fair share of singing, including a particular tune about famous Canadians who made the beeline to America, as well as a rendition of a song that so eloquently captured Osama Bin Laden's lifestyle while hiding from the CIA.

Although Short opened the show and made featured appearances throughout, he had actually spent much of the night playing master of ceremonies, introducing an assortment of comedians such as Jon Dore, Kristen Schaaled, Phil Hanley, Wil Anderson, Matt Kirshen, and Reggie Watts.

Matt Kirshen spit out some good comedy, but had some awkward audience interactions when he opened it up with: "Anyone have any questions?" One such question was: "How old are you?" Reggie Watts' absurd, disorienting style of comedy was an unusual surprise. Kristen Schaaled set some sort of a weird spitting on stage record. She's just one of those people who are funny to watch because of the persona she embodies, but some jokes would be nice. Phil Hanley pondered how come when you meet the right person, 'you know right away,' yet when you meet the wrong person, it takes a year and a half to figure that out. Lastly, Wil Anderson's zany Australian energy proved how much the impact of the joke depends on delivery. His energetic performance, won over audiences.  Though, ultimately, no one could compete with the charismatic Jiminy Glick, even with his donut-eating habits and weight gain, he's irresistable and quick on his feet.

A particularly loud heckler shouted throughout some of the performances. One poor comedian (Jon Dore?), clearly thrown off, attempted to keep composure. The heckler's response when a friend tried to subdue her in vain: "That's what he wants. They like it. They want me to do it." Security, however, had a different perspective.

Otherwise, the Vancouverite crowd was typically polite, laughing appreciatively as per cues. The comedians on display kept pointing out how much they loved this audience. But, isn't that what they always say?

The Comedy & Arts Festival runs until Feb 17, so there's still time to explore all brands of comedy. Visit comedyfest.com for more info and tickets.