What's in a name? For the Tea Party band, millions of dot-com dollars

Offers pour in for Canadian musicians sitting on a gold mine with ownership of a web domain matching the right-wing U.S. political movement. 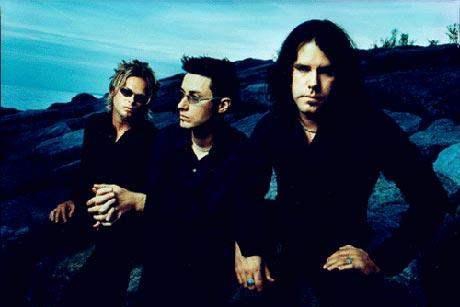 Sometimes the world really does rotate in your direction, as a Canadian band is discovering. Their choice of name, and their decision to register it as a web domain, could prove profitable.

TORONTO -- The three members of the Canadian band Tea Party have been told they're sitting on a gold mine, and that a painless transaction could potentially make them millions of dollars.

They own the web address teaparty.com, which wasn't in demand when they registered it in 1995 but has now spiked in value -- at least theoretically -- given the popularity of the Tea Party political movement in the United States.

Experts say it could be worth a fortune to the right buyer, although so far it's just talk. No one has come forth with a cheque adorned with a long string of zeros.

But the recently reunited band, which is getting ready to tour again after a six-year hiatus, says it's listening to all offers, including any real bids from the right-wing political movement that shares the group's name.

Even though the band's members do loathe their politics.

"I think that's being an honest, not hypocritical person, because I could do maybe the politically correct thing and say, 'Oh, we'd never sell it to them,' but we are human,'' said bass player Stuart Chatwood in a lengthy interview on Friday, his first since the band's most valuable asset was featured on Bloomberg Businessweek's website on Sept. 15.

That story quickly circled the globe and the band members' phones haven't stopped ringing since.

"I got emails starting in Australia, Taiwan, India, it swept around the world and just caught us by surprise. I stopped answering my phone for a while because all the right-wing radio stations in America wanted an interview,'' said Chatwood.

"I think we're going to see what's out there. We're not on a street corner hawking it right now, it's just these offers are flooding in now so we'd be silly not to consider the offers. Obviously, we'd like to sell it to some people over some other people.''

The band didn't seek out buyers for their web domain and it wasn't until this summer that they were forced to seriously consider a deal, Chatwood said.

"We've had over the last couple of years some unrealistic offers from jokers saying, 'Hey, let me buy it for a couple hundred dollars' but this summer someone came up to us -- and if you think of it as real estate -- they knocked on our door and wanted to buy our house,'' he said.

The band's lawyer shrewdly tipped off Bloomberg Businessweek and the resulting story sparked a number of competing bids and offers to help sell the URL.

`"Since the story's gone out there's probably been 15 offers and every single domain agent in America has sent their resume in and told us how many million-dollar deals they've done,'' Chatwood said.

"Obviously I'm not taking these things seriously but someone did mention eight-figures, which I think is just ridiculous,'' he said laughing. "I think that's just dreaming, or someone just wanting to get our business.

"It's really hard deciphering it because it's not really an established industry, everyone seems to have a different way of going about it.''

Before the band decided to get back together, Chatwood considered lending out the URL temporarily to help counter some of the Tea Party rhetoric he was getting sick of hearing.

"I thought I should lend out the name to Michael Moore or Stephen Colbert or Jon Stewart, just to dispel some of the stuff that was out there,'' Chatwood said.

"I actually went up the food chain at Comedy Central, all the way to the president of MTV Networks, but at the time they were doing the (Rally to Restore Sanity in Washington, which was hosted by Stewart and Colbert) and they were just swamped.''

Chatwood followed up further but suspects the owners of the TV network, Viacom Inc., may not be comfortable getting involved with an online political campaign.

"I think it's just a hot potato where (comedians) say a lot of stuff on TV but they're not sure how much they want to get identified with a controversial (website against) the Tea Party.''

The band has registered another web address in case they find a buyer -- theteapartyofficial.com is already up and running -- and is prepared to move on.

"We're not adverse to selling the domain because it appears to be really valuable to someone else -- like way more valuable than it is to us -- because as everyone's pointed out, we can change our (website) name to something else and still have a fully functioning website that people can possibly find even easier through search.''

In reality, it's not the band or its management that owns teaparty.com, it's Chatwood. But he promises he's not about to cheat his friends.

"I'm just going to get a private plane and go off to Costa Rica,'' Chatwood joked.

"It's actually mine but don't worry, I'm going to share everything with the band members.''