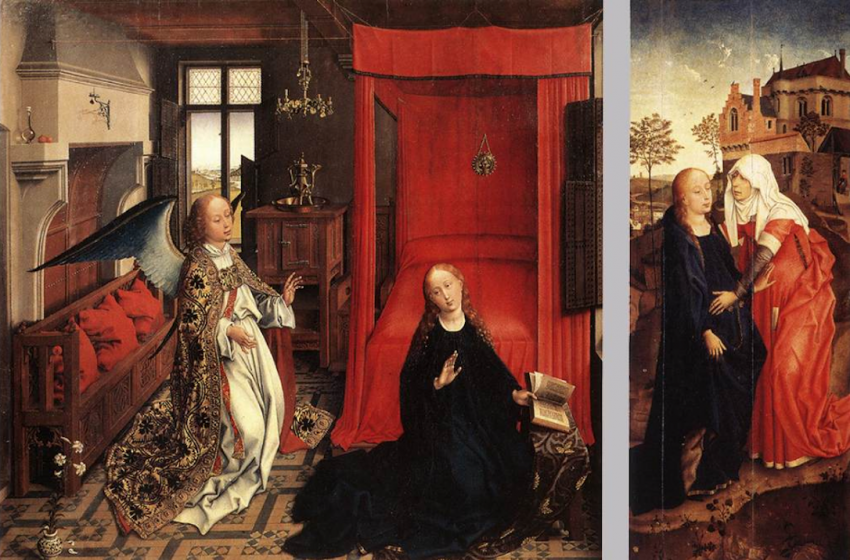 Ever since Black Friday, a sense of siege. The ubiquitous tinsel, the unremitting Yule drool of shopping mall Muzak, the reindeer proliferating everywhere (except their native tundra). All against a worldwide backdrop of daily steepening odds against Peace or Goodwill.

By the last week of Advent, it was starting to feel like full on War with Christmas. And Christmas – monetised, weaponised and crass – was winning.

But then Early Music Vancouver turned the tide of battle with a baroque volley of “Festive Cantatas” at UBC’s Chan Centre – a full-throated reassertion of the holiday’s reverent, radical meaning as a celebration of God’s world-changing human incarnation. The music rang out like a bugle call to rally, wheel about and counter-charge.

Well, not a bugle, exactly, but trumpets. Three of them, along with two oboes and roiling timpani for the recital’s opening salvo, a triumphal Telemann concerto (TMV 54:03). Baroque trumpets, they were, too, in line with the Pacific Baroque Orchestra’s commitment to original instrumentation; no valves, which lent a heady frazz to their ecstatic perorations.

Leading the troops was Vancouver’s most heroic Christmas gnome, music director Alexander Weimann. It’s only at his final bow, arrayed alongside the generously resonant frames of his vocal soloists, that one realises Weimann’s tight-coiled Napoleonic compactness.

But when he’s conducting, front-and-center from behind his harpsichord, he seems larger-than-life. He bows and flails to dredge up deep shoals of counterpoint from his ensemble, all the while intermittently tossing off fine-spun ornamental riffs from his own keyboard.

"Sleepers Awake" elaborates an old hymn that recasts the biblical parable of the Wise Virgins as a spiritual marriage between a bridegroom (Jesus) with a waiting bride (the worshipful soul of Zion). It’s a stolid melody, reflecting its 16th century provenance. But nobody can match Bach for adorning the sturdy joists of the Lutheran hymnal with his own elegant contrapuntal tracery.

From the very first bars of “Sleepers Awake” and all the way through the ensuing Magnificat, Weimann set a stiff tempo, just a little faster than one is accustomed to hearing in these pieces. Very effective for setting up the narrative arc of the cantata – the approaching pace of the bridegroom, the quickening anticipation of the bride. But it challenges the singers to keep up with the orchestral momentum while still drawing out the dramatic nuance of the text.

All the more challenging as Bach’s score provides for no separate chorus, relying instead on the soloists to team up as an ensemble for the chorales. Outnumbered as they are by the 24-member orchestra, the five soloists (sopranos Molly Quinn and Danielle Sampson, alto Meg Bragle, tenor Aaron Sheehan and Bass Jesse Blumberg) admirably rose to occasion in the chorales that frame the cantata in its first and last movements.

The singers got some relief in the intervening five movements. Each male vocalist had a recitative with much lighter orchestration. And in the two arias, the alto and bass voices paired off to chase the fluent melodic lines laid down by solo instrumentalists: concertmaster Chloe Myers playing a toy-like violino piccolo in the “Wenn kömmst du” duet, and oboist Matthew Jennejohn (with continuo by bassoonist Katrina Russell) in “Mein Freund ist mein.”

Sheehan, the tenor, successfully navigated the roughest passage of the cantata, piloting the hymnal line of “Zion hört die Wächter singen” against the heavy undertow of brisk counterpoint from the full strings section.

The latter half of the program, the Magnificat, leavened the full orchestral density of the main score with a set of four Christmas carols. With their sparse instrumentation, these interpolations gave the five vocalists a chance to show off their choral polyphony.

At the same time, they transposed the Magnificat from a summer litany to a Yuletide paean to the Nativity. The text derives from the Gospel of Luke (1:45-55), where Mary – after the angelic Annunciation of her pregnancy – conveys the Good News to her cousin Elisabeth in the Visitation.

Counting backwards from a December Nativity, that would place these events sometime in late June or early July, assuming that God incarnate takes a normal nine-months to gestate, like the rest of us. Mary would be just rounding on her second trimester of pregnancy.

In the world-order of her times, she’d be an outcast among outcasts: a single mother in a patriarchy, a colonial subject in an occupied territory. And yet she assures her cousin that, through this incarnation within her, God has “scattered the proud…dethroned the powerful, lifted up the lowly…filled the hungry and…dismissed the rich.”

It’s the longest speech given to any female figure in the canonical gospels. Its subversive, world-upending message has made it a celebrated anthem of feminism and “Liberation Theology” and ideal rallying music for the “War with Christmas.”

Except for that pesky detail about its July placement in the litany, unmoored from any connection to the Nativity. To get around this, in his original 1723 Advent setting of the Magnificat in E♭ major, Bach spliced in the four Christmas interludes – two choral settings of a Martin Luther hymn on the angelic Annunciation to the Magii, plus a Latin “Gloria” and a cradle song duet.

They’re handsome pieces in their own right, and appealingly vary the overall texture of the cantata. But they break the dramatic coherence of Mary’s singular voice and her revolutionary message. Revisiting the work 10 years later, Bach edited out the four interpolations and transposed the whole score to D-major, which is the version most familiar these days.

For this performance, Weimann chose a hybrid version, retaining the D-major scoring but reinserting the Christmas interludes. It worked for me, retaining what I’ve always felt was the dramatic core of the Magnificat: the back-to-back tenor and alto arias, the “Deposuit” and “Esurientes,” where Mary exults in the dethroning of the powerful and the dismissal of the rich.

Sheehan and Bragle execute these passages with convincing verve. It’s almost tempting to believe – evidence to the contrary – that these prodigies have already been accomplished by the sheer fact of Christ’s incarnation, as the text (written in the past perfect tense) seems to imply.

And maybe it is so. As our nearest approximation of a modern secular saint assures us, "the arc of the moral universe is long, but it bends towards justice."

Merry. Happy. Let nothing you dismay...