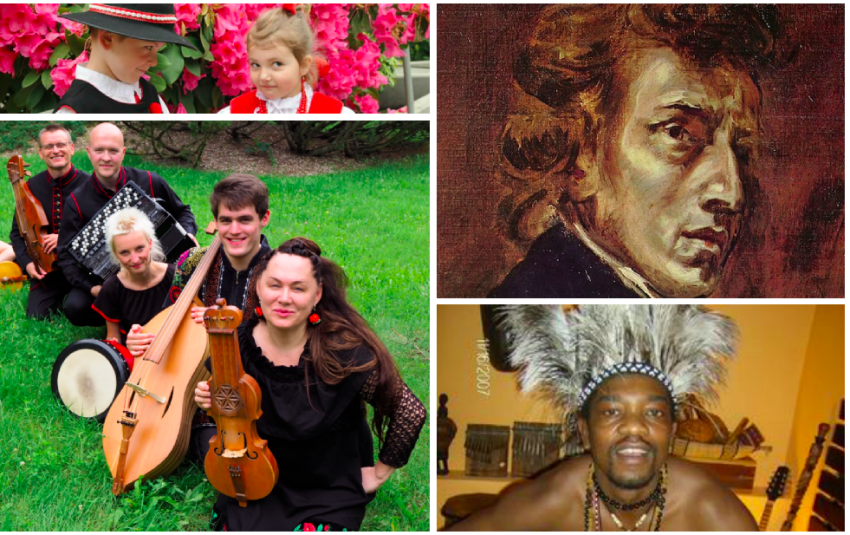 “Too beautiful to be true!” my mother would sigh, after soulfully trilling out a Chopin Nocturne on our home spinet.

She meant it appreciatively, no doubt. That was the kind of Chopin we grew up with back in mid-20th century North American suburbia: genteel parlour music, almost cloyingly sweet.

The notion was only enhanced by what little we knew of the composer’s biography – neurasthenic, retiring, a creature of salons with an agoraphobic dread of the concert stage, a Frenchified exile from his native Poland, tragically thwarted in love, succumbing to consumption by the age of 40.

Poles, it turns out, have a very different take on him. To them, he’s a Lion of the Keyboard, revolutionary both in his music and his nationalist politics. They’re obviously onto something, as anyone can hear listening to such passionate outpourings as his bombastic Revolutionary Etude.

The composer’s own Romantic contemporaries were well aware of his dual nature. As early as the 1830’s, Robert Schumann – himself no lightweight – recognised in Chopin “a genius!” whose distinctive sonorities packed a subtle punch, like a “cannon concealed amid blossoms.”

So Chopin is cherished and promoted as a national hero by the musical and academic establishment back in his homeland. Also by Polish expatriate associations and diplomatic missions abroad, as attested by the 20-year run of our own local Chopin Society with the support of the country’s Vancouver consulate and such groups as the Polonez dance troupe.

Such sponsors have enriched the city with decades of recitals, but still heavily stressing “standard” concert instrumentation (piano, mostly) and choreographed staging. But this year, the Chopin Society has led off its season with something different – an adaptation of the great composer’s masterworks for ethnic styles not only from his native land also from half a dozen other musical traditions around the world.

Chopin himself would approve, Warsaw ethnomusicologist Maria Pomianowska is convinced. She’s the guiding light behind the programme, and has been organizing such concerts for years. After all, as a teenage prodigy, young Fryderyk was already seeking out folk motifs on rural sojourns, influences that later resurfaced in his glorious Polonaises and Mazurkas.

On these forays, he would have doubtless encountered the traditional suka, a violin-like chordaphone, but held upright rather than tucked under the chin. The instrument, both in its bilgoray (treble) and mielec (alto) variant, was still popular in Poland as recently 100 years ago, but by the time Pomionowska – a trained cellist – got interested in the suka, it had to be reconstructed from old texts and pictures.