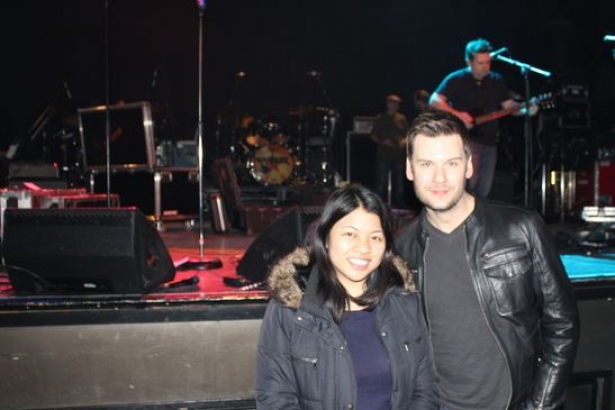 It's the night before the kickoff of the 2013 CMT Hitlist Tour and rehearsals are underway. Emerson Drive is sharing a stage with Doc Walker and the first show of the 17-date tour is set to take place at the Vogue Theatre on March 6.

"Vancouver's been great for us over the years,”  Emerson Drive’s lead singer Brad Mates said. “Every time we come through, we always seem to have a great crowd that keeps growing."

After 17 years of putting off a collaboration with their longtime pals and fellow Canadian country band, Emerson Drive finally got together with Doc Walker to pen what became their second single “Let It Roll” off of their latest album, Roll. After the release of the single, it only made sense for management to suggest the two bands hit the road together. 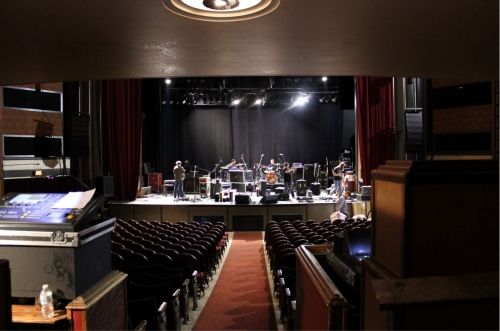 Getting the stage ready for CMT Hitlist Tour rehearsals at the Vogue Theatre.

"It's almost a giveback to the fans because there are a lot of Emerson Drive fans who are Doc Walker fans, and vice versa," Mates said. “It’s one of those things where you can celebrate the years that you’ve been doing this."

“I only say that because we spent almost 13 months making this album and to me there was no rush, there was no timeline,” the Grammy-nominated singer noted.

“We wanted to make a great record, so to look back over the last year and see that people are recognizing that, that hard work that went into making it, to me, that’s the silver lining in all of it.”

So with a potential Juno in their future, will the band get up to any shenanigans while touring the country for three weeks?

"I can only imagine the stories after the first few days,” Mates said with a smile. “Both bands are laid back and easygoing. I imagine some pranks will probably go on after the second or third night.”

Besides their infectious tunes and relatable lyrics, it is the banter between the band that the fans love to hear.

"With our band, the camaraderie that you have between the group and the dynamic of each character in the band is a pretty unique thing. That's what makes the band the band," Mates said. “Those little dynamics that we always play off of onstage, people usually get a good kick out of it.”

Even though they’ve opened for Shania Twain in arenas filled with 17,000 people, Mates still enjoys the more intimate atmosphere of a smaller venue like the Vogue Theatre.

“You seem to interact easier, it’s almost like you’re able to talk to people one-on-one. I've always enjoyed that side of it: seeing people who've been to your show before that are back again or new fans that have never seen you before and you win them over by the end of the night."

Emerson Drive will be joined by Doc Walker and special guest Aaron Pritchett on March 6 at the Vogue Theatre.