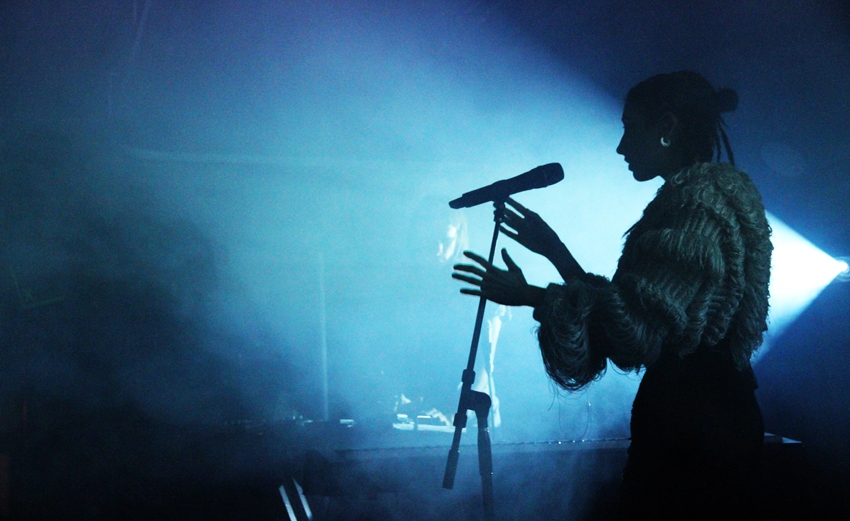 Whereas clap-alongs are ubiquitously the musical bane of any respectable concert, the Los Angeles solo performer made a previously untapped use of our most primitive instruments: During “Everlasting Sigh,” a willing contingent of clappers showed their unwavering support of Sumney for well over two minutes, through multiple transitions and an effervescent vocal solo. Moses’s commanding introduction parted the opening waters before the Hundred to come. 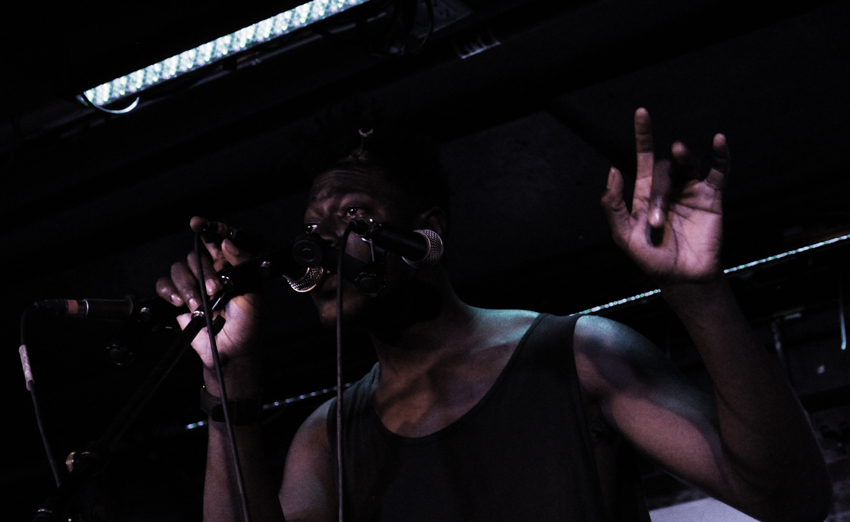 The Moon Rang Like A Bell (featured in my Best 20 Albums of 2014) is Hundred Waters’s second full-length album and debut release on Skrillex’s OWSLA label. Like A Bell is as multifaceted as it is singular: a blend of influence, experiment and creative impulse that results in a sound best described as their own. While some songs (listen to “[Animal]”) thump along to familiar dance rhythms, others drift atop languid waves of voice (listen to “Murmurs”).

Hyperactive smoke machines primed the stage for the Miami-incepted band of four—the formless billowing masses providing a canvas for Hundred Waters’s sophisticated lighting rig. Opening with 7/4 progressive pastoral pop song “Out Alee,” singer Nicole Miglis crooned every one of her notes with magical precision, while her bandmates surged and silenced inside the tune’s shifting passages. 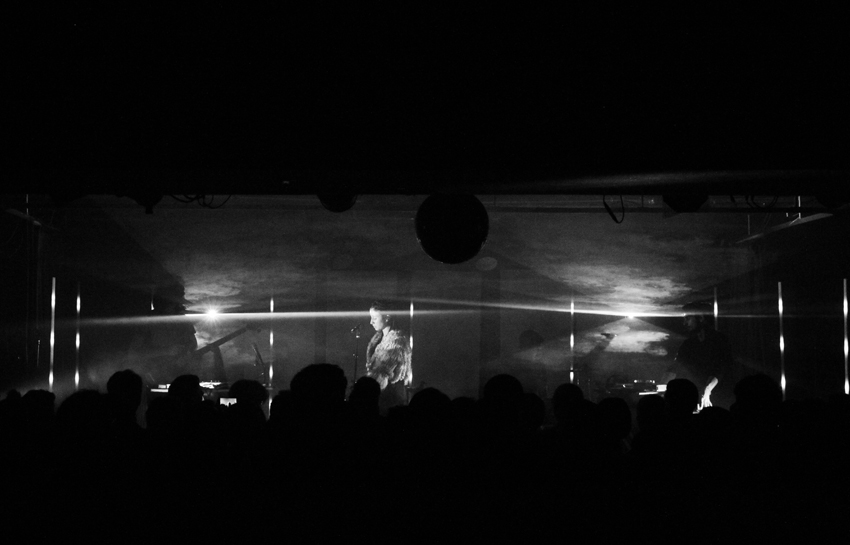 And while the band’s playing effort was superbly executed, not enough can be said about the thought put into the visual aspect of their performance—too often, bands assume that their impassioned antics alone amount a captivating live show.

Hundred Waters’ set-up of laser-projectors, coloured-light pillars and floodlights not only cultivated a mood in themselves, but were timed and choreographed to match the emotional content of the music.

On “Innocent,” cloud formations cut smoothly across the stage, guided by (or guiding) its sandpapery drum loop and spacey harp sounds, disappearing into complete darkness with a sonic halt.

Hundred Waters hit their energetic swell on the extended post-rock outro of “Seven White Horses,” consuming all the available wattage for a cascade of light and sound, washing out the heads and hearts of the crowd.

All photography by Alistair Mellen.