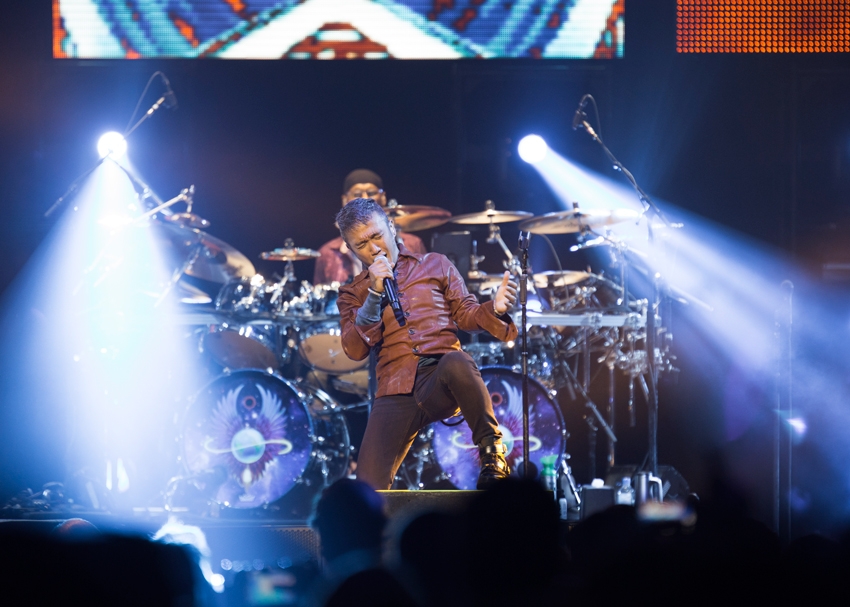 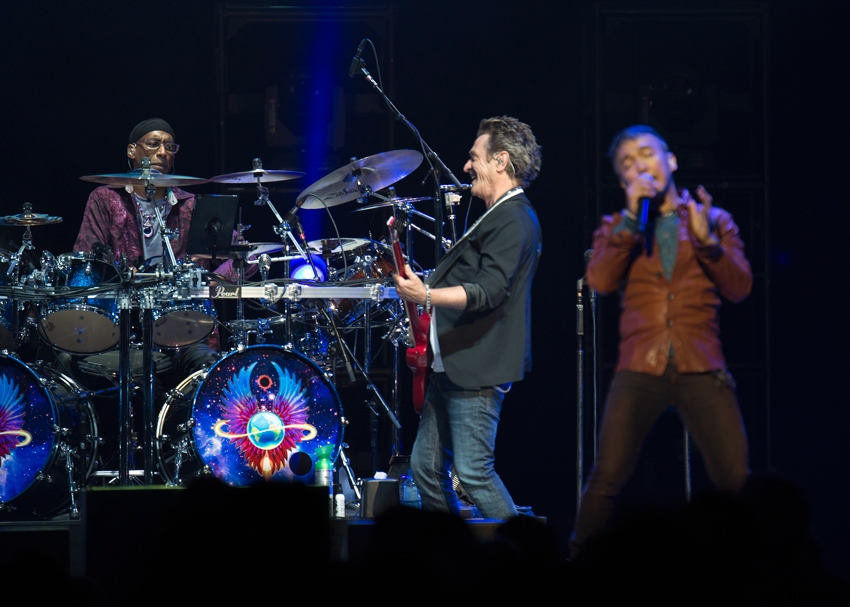 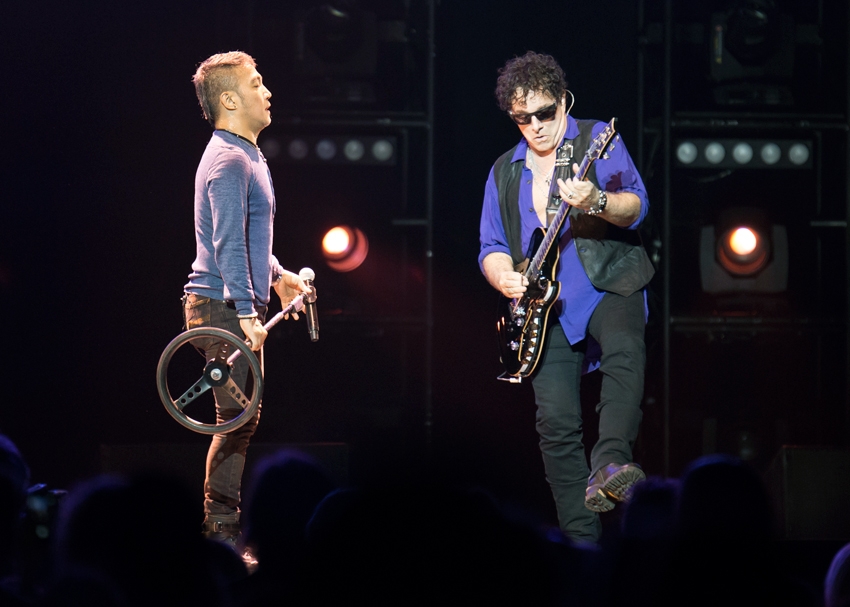 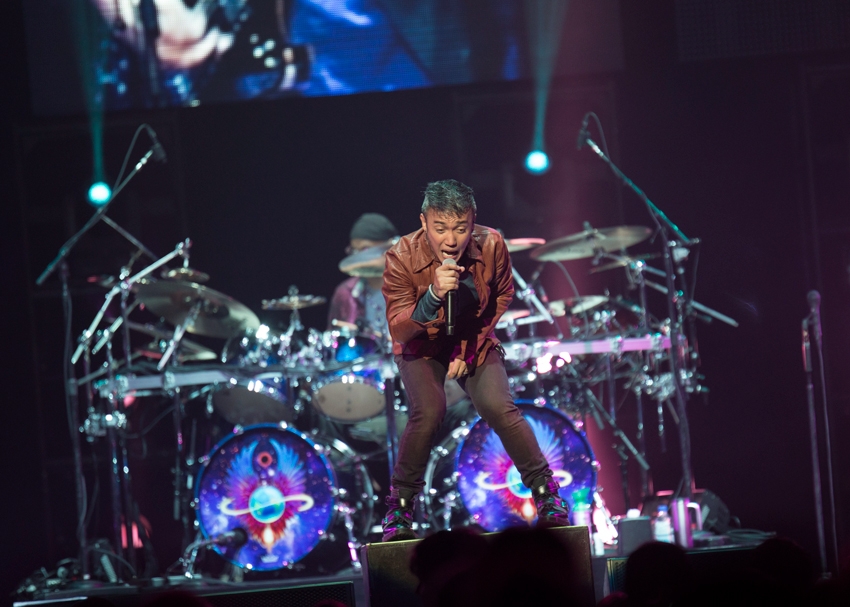 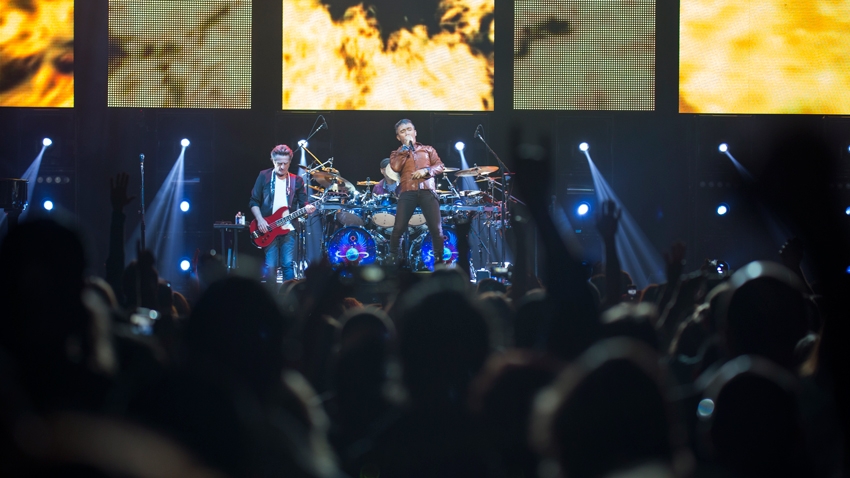 Journey's new(ish) frontman Arnel Pineda is small in stature but his voice packs a punch. Photo by Craig Fleisch

With over 90 million albums sold worldwide, and still going, the band known as Journey has gone on their own unique journey.

The band was originally formed in San Francisco in 1973 under the name Golden Gate Rhythm — not really a name that rolls off your tongue. So, in that same year, the band held a radio contest to re-name the group. However, this contest was unsuccessful and then roadie John Villaneuva suggested the name 'Journey.' The name change and the crucial new members fuelled their fire for success.

It was not until late 1977 that Journey-hire Steve Perry, their new frontman, brought with him a new sound that propelled them up through U.S. charts. Journey transitioned to a new popular style shared by other successful bands at the time such as Boston and Foreigner. This pop style brought the band an entirely new fan base and so began the journey of greatness for the band known as Journey.

Throughout their musical career the band has seen numerous members come and go, but this has not deterred them from their path. Today, Neal Schon (lead guitar/backup vocals) and Ross Valory (bass/backup vocals) remain as Journey's original members. They are joined by Jonathan Cain (keyboard/backup vocals), Deen Castronovo (drums) and Arnel Pineda (lead vocals). In 2007, Pineda caught the attention of Schon who discovered videos of him masterfully covering songs of some rock greats (The Eagles, Aerosmith, Survivor, Air Supply and Journey). The band didn't waste any time and flew Pineda to San Francisco to audition for the band. In December of that year, he became Journey's new lead singer.

On Saturday evening, Rogers Arena was packed with baby-boomers sprinkled with a few hundred Gen-Xers. Surrounded by fans who truly grew up listening to rock, it was awe-inspiring being in the midst of true fans.

The night began with the lights dimmed. The band entered the stage unbeknownst to the crowd. Pineda took the stage with video camera in hand and directed towards the crowd, the huge screen behind the stage lit up with rowdy fans. After turning the spotlight on the crowd, Pineda started the set with the hit 1983 song, "Separate Ways" leading into one of Journey's most popular songs, "Any Way You Want It."

Pineda stands 'tall' at a whopping five-foot-four, his height defying his voice that packed quite a punch and echoed loudly throughout the arena. Schon and Valory showed technical prowess with their musical instruments, shredding their way easily through each song. Pineda did his best to engage the crowd, high-fiving superfans in the first row, holding his mic out to the crowd, leaping off the speakers, and moving swiftly throughout the stage. Despite his best efforts to bring some energy to the arena, the band seemed to lack that special something. No matter; the crowd did not seemed deterred by their performance and Journey received a standing ovation to end their set.

I can't stop, and won't stop, believing in Journey and wish them the best on the rest of their world tour.